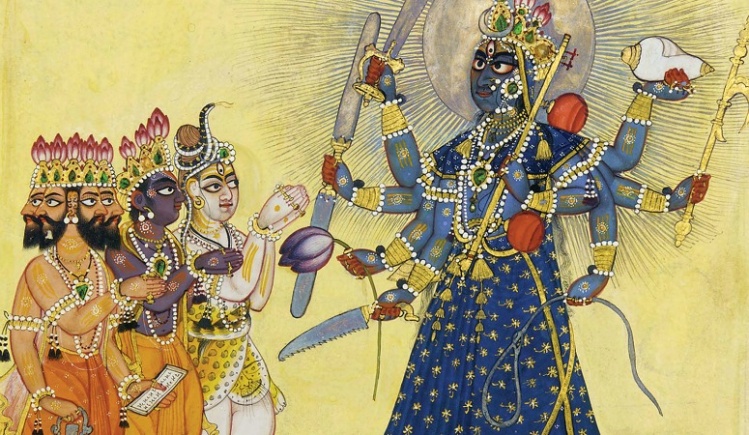 If you wanted to start a lively local discussion group, you couldn’t find a better text than Gary Gutting’s Talking God. Gutting is a professor of philosophy at Notre Dame and a frequent contributor to the New York Times philosophy blog, the Stone (as well as to Commonweal). Talking God is a compilation of twelve internet interviews Gutting conducted for the Stone on the problems of God and religion. Most of the interviewees are academic philosophers, with a few historians and scientists thrown in. In the final chapter, Gutting interviews himself.

Why focus on philosophers? Gutting cites a recent survey indicating “that 62 percent of philosophers are atheists (with another 11 percent ‘inclined’ to that view.)” If God can survive interrogation by this skeptical company, maybe religion has a future. But one thing these interviews suggest is that religion may have less to do with God’s existence than most of us assume.

Alvin Plantinga, a Christian analytic philosopher, argues that there are good, if not conclusive, arguments for God’s existence and our religious duties. In contrast, Howard Wettstein claims that “belief is not a Jewish notion.” The God that does or doesn’t exist in debates between most theists and atheists “is the wrong idea of God.” Participation in Jewish prayer does not need theological metaphysics as backing. John D. Caputo, described by Gutting as a “Derridaean Catholic,” works within the continental phenomenological tradition. He is equally dismissive of statements about the existence of God. They are irrelevant to genuine religion. Rounding out the Abrahamic faiths is a fascinating interview with Sajjad Rivzi, director of the Institute of Islamic Studies at the University of Exeter. Rivzi posits Abraham as the founder of Islam. Mohammed is its final prophet. Rivzi believes Judaism and Christianity are byproducts of Islam. “Islam” is usually translated as “obedience” or “submission” to the will of God. Given Abraham’s obedience to God’s commands to leave his ancestral home and later to sacrifice his son Isaac, he seems the very paradigm of Islam.

Religion-without-God sounds strange to Christians, Muslims, and the many Jews who would disagree with Wett-stein, but there are great nontheistic religions: Hinduism and Buddhism, for example. Jonardon Ganeri, who is currently editing The Oxford Handbook of Indian Philosophy, points out that Western assumptions about the structure of religion distort Hinduism. Hindus may believe in “the divine,” but they can also believe in many gods—some major, some minor—or even no gods. There is no “one true God” in Hinduism. “Hinduism is a banyan tree in the shade of whose canopy, supported by not one but many trunks, a great diversity of thought and action is sustained.” Buddhism, in contrast to both Hinduism and the Western religions is, for Jay Garfield, “religion without divinity.” Garfield who has, among his multiple academic affiliations, an appointment at the Central University of Tibetan Studies, points out that for the Buddha not only is there no God, there is no self or soul. Buddhist spiritual practices are intended to awaken us from the illusion of the self and its desires.

Gutting doesn’t just interview people who belong to nontheistic religions; he also talks with several straightforward atheists—philosophers who think there are good reasons to deny the existence of God. Louise Anthony, who teaches at the University of Massachusetts at Amherst, lost her Catholic faith during her first philosophy class. How could the all-powerful, all-good God of her childhood faith be the Creator of a world with so much evil? The idea of such a God is self-contradictory. She is no mere agnostic: “I claim to know that God does not exist.” If Anthony is a “hard atheist,” Gutting labels Columbia University Professor, Philip Kitcher, a “soft atheist.” Kitcher does not so much reject religion or belief in God as he does religious doctrines, which, he says, inevitably generate interminable confusion and conflict. There is something he calls a “refined religion” which is not about belief in doctrine “but a commitment to promoting the most enduring values.”

Gutting notes that the interviews “mostly focus on natural religion”—i.e., they do not accept “revelation” as a source of belief or practice. As he writes, “A religion based on divine revelation...simplifies the justification of religious claims.” Natural religion faces special challenge from natural science and so there are interviewees with competence in physics and biology. Tim Maudlin is a philosopher of science whose recent work has been developing a mathematical language for describing space and time. He is forthright in declaring that “atheism is the default position in any scientific inquiry.” Michael Ruse, the author of Darwinism as Religion, looks at religion within the context of biological evolution. He grants the possible adaptive function of religion, and he is even willing to concede that science “cannot explain everything.”

Toward the end of the interviews, the reader may come to share the attitude of the final two philosophers. Epistemologist Keith DeRose from Yale suggests that “neither theists nor atheists know whether God exists...they don’t know at all.” Arguments for or against God’s existence can be more or less plausible but never conclusive. Princeton philosopher and historian Daniel Garber sketches in the complex history of modern atheism. In the seventeenth century most philosophers were religious believers. If most twenty-first-century philosophers are atheists, it isn’t because of the rise of science, as is often alleged, but because of a broader cultural change brought on by things like the Industrial Revolution and world wars. Much as he might wish to believe, Garber finds the problem of evil a barrier. Gutting asks Garber if he might be inclined to take Pascal’s wager. Pascal argued that given the choice between belief in God and non-belief, it was rational to bet on belief. If one is right, one earns eternal bliss; if wrong, one loses nothing. Garber isn’t betting. “What worries me...is the possibility that I might corrupt my soul by deceiving myself into believing something just because I want it to be true. For a philosopher that’s a kind of damnation in this life.”

For all it brevity, Talking God contains a rich variety of ideas about God and religion. My characterization of the various positions presented in the interviews is broad-brush; it misses much of their nuance and sophistication. If you do choose this book for a group discussion, count on a lot of sessions and don’t expect to arrive at a consensus. Although I do not hesitate to recommend the book, I have to confess that, for all the back-and-forth of the arguments, I am not certain they ever reached the subject matter of God and religion. Given the basic assumptions of most, if not all, Gutting’s interlocutors, I wonder why 27 percent of philosophers are not atheists. Atheism comes with the territory they occupy.

In a fictional dialogue, Iris Murdoch has Plato characterize religion thus: “[Religion] has got to be the center of everything...it is more real than us...we’re not volunteers, we’re conscripts.” Philosophers come to God and religion as “volunteers.” They want rational justification before they accept the cause. Philosophy in that mode has rightly been called “methodological atheism.” Even if you accept arguments for the existence of God and conclude that religion is valuable, you remain a rational spectator, not a religious participant. There are philosophers who reject the rational-spectator model of philosophy, but they are generally regarded with suspicion by the guild. Thinkers like Kierkegaard, Nietzsche, and—in his own way—Wittgenstein were not rational-spectator philosophers. And Nietzsche was no ordinary atheist; for him, God was dead.

All the world’s great religions claim to be based on revelation, not just reason. Unfortunately, revelation tends to be understood as some sort of extra data from God that science can’t quite reach. Properly understood, revelation is like falling in love: we don’t volunteer for love, we fall in love, we are “conscripted.” Two of the interviewees in Gutting’s book are on a “revelation” track. Howard Wettstein finds religion within prayer. John Caputo finds God not in rationalized doctrines but in “an underlying form of life...the desires of our heart.” Amen.