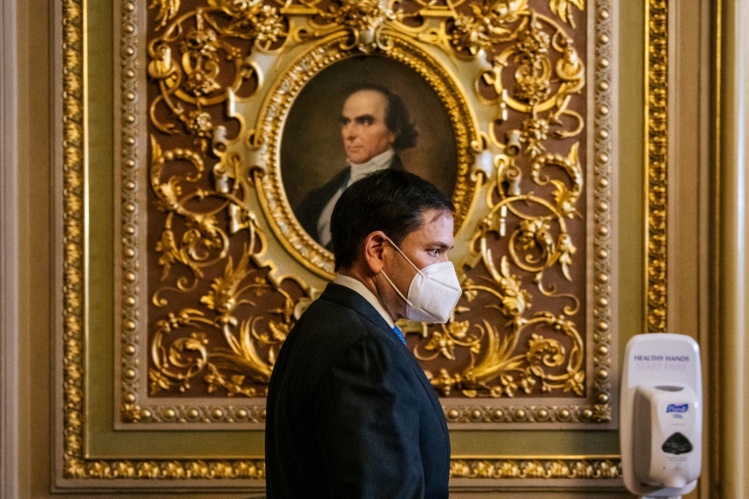 As I watched the attack on the U.S. Capitol unfold on January 6, I got a phone call from my mother. “I can’t believe this could happen to the temple of democracy,” she told me. “The destructive mob, the pure hatred on display—these are things that only happen in authoritarian countries.” My mother knows something about coups and insurrection. In 1978 and ’79, she witnessed firsthand the Sandinista National Liberation Front’s (FSLN) brutal uprising in Nicaragua, which killed scores of people and shattered the lives of countless others.

My mother was at work on August 22, 1978, when FSLN forces led by Edén Pastora (known as “Commander Zero”), stormed the National Palace while the legislature was in session. They seized the palace and took some two thousand hostages. They were released two days later after the Nicaraguan government paid $500,000 in ransom. A little less than a year later, on July 17, 1979, the government fell. President Anastasio Somoza Debayle went into exile, and the FSLN assumed total control over the Nicaraguan state.

For ordinary Nicaraguans, the consequences were immediate, dire, and long-lasting. Almost 200,000 people lost their homes. An additional 150,000 (my family included) fled abroad. The country’s economy was left in tatters. The FSLN revolution did not happen overnight, my mother reminded me. For nearly a decade before the Sandinistas attacked the National Palace, they had used violence against their political opponents. They extorted small-business owners for protection and propagated lies and misinformation about local and national elected officials, sometimes kidnapping and killing them and their families. The long-term effects are still evident. Mass poverty persists, as does corruption. President Daniel Ortega, himself a former Sandinista, commands a million-dollar fortune, amassed over decades of misrule.

In his inaugural address two weeks after the failed insurrection, President Joe Biden reminded Americans of their duty to “defend the truth and defeat the lies.” If the last few years are any indication, that will prove easier said than done. I grew up in Hialeah, Florida, a thoroughly conservative municipality in Miami-Dade County. Home mostly to Cuban immigrants and second-generation Cuban-Americans, Hialeah is a Trump stronghold. The former president won about 75 percent of the vote there in 2020. Many still refuse to accept his defeat.

The tally wasn’t surprising, at least not to me. I grew up hearing the same talking points echoed today by Fox News and conservative talk radio: “Democrats are socialists,” “the Middle East should be wiped from the earth,” “Black Americans are inherently criminal,” and “Republicans are the party of Jesus and God.” No lie was off limits—as long as it worked to discredit the Democrats’ stance on social justice.

Who can blame the flock, if these are their shepherds?
sharetweet

It also didn’t surprise me that Christian symbolism (like the cross raised by protestors outside the Capitol, or Sen. Tommy Tuberville’s claim that Donald Trump was “sent by God”) was co-opted last month for partisan purposes. In Hialeah, it’s been that way for a while. During the run-up to the election, some Catholic bishops and priests asserted that voting for Joe Biden was incompatible with the faith—no matter the Trump administration’s cruel policy of separating migrant children from their parents, or its unprecedented campaign of federal executions in late 2020. But who can blame the flock, if these are their shepherds?

It took me years to detox from the rhetoric I heard in Hialeah. In that sense, I was lucky; some never let it go. From a young age, I learned to ask questions of my parents, who reminded me that we’re all vulnerable to propaganda. I was also a big reader, finding my home in books; Art Spiegelman’s graphic novel Maus and Charles Dickens’s A Tale of Two Cities were among my favorites. While my conservative Catholic elementary school teachers went on about Jesus, I used my imagination to step into the humming factories and dirty streets of nineteenth-century London, its thick smog choking everyone, especially the poor.

To me, Victorian London seemed to mirror working-class Hialeah. There’s even a well-known, kitschy song, “Sweet Home Hialeah,” that mentions its many factorías, where blue-collar workers toil for their daily bread. My father used to be a teacher in Nicaragua, but in Hialeah he took a factory job for a few years to make ends meet. Watching him, I learned what it meant to be just one health scare or layoff away from destitution. My love of books continued through high school, and education propelled me into a world beyond the place where I grew up. Over the years, I’ve come to realize that Hialeah will always be my hometown. But it will never be my home.

Still, I often think about the people living in Hialeah and other places like it. How to help them? How to respond to their pain and assuage their anger at a political system they perceive as indifferent and corrupt? Florida Republican Sen. Marco Rubio, himself a descendent of Cuban exiles, is urging the GOP to become “a patriotic, pro-worker party,” one that organizes a “multi-racial coalition” to fight for “dignified work, strong families, and vibrant communities.” Who could argue with that? But he also plays to the fears of Florida’s working-class Cuban and Nicaraguan exile communities (“Not every Democrat is a socialist,” he said last fall, “but every socialist is a Democrat”), and the policies he favors are actually harmful to the people he says he wants to help.

It’s true, workers in places like Hialeah have been overlooked by both major parties, and the “red shift” political scientists have identified in these areas is real. But we shouldn’t let ourselves be fooled by political opportunism masquerading as outreach, and we should all beware the dangers of fear-mongering and stoking grievances. It’s what brought us to the moment in January that reminded my mother of the worst days in the country she left in hopes of making a home in this one.