A Supplement, Not a Substitute

The thrill and peril of the Metaverse
By Santiago Ramos
Technology 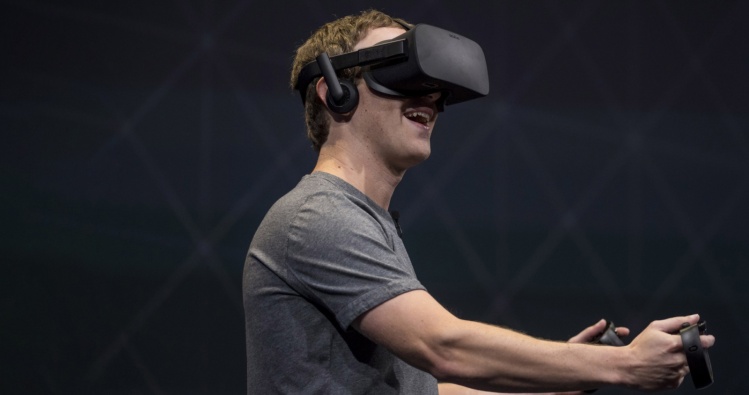 Here is my pitch for a futuristic sci-fi thriller. In the near future—always, the most terrifying hour—the world has become a techno-hellhole. The terrain is empty, sterile, and hot. The few people above ground are laboring under brutal conditions to operate a fleet of mysterious machines. Meanwhile, the rest of humanity lives in a vast network of underground dwellings, sheltered from the oppressive climate. This privileged non-working class is hooked up to virtual-reality consoles and live out their lives within a fake universe of junk entertainment.

But fear not: we have a hero, and he has a plan. He believes in a better world, one that isn’t founded on exploitation and hollow fantasies. But he knows that the machines are too strong to be defeated directly. It’s too late to pull the plug; you must somehow make it so that there is no plug to begin with. So our hero time-travels to the year 375 BC. His plan is to seed human history with something—call it a meme, an idea, or a myth—that will provide immunity to the coming dystopia by conditioning human beings to always be on guard against its source. He invents a story and plants it in the middle of one of the most beautiful books ever written. In this tale human beings live in “an underground cave-like dwelling with its entrance, a long one, open to the light across the whole width of the cave. They are in it from childhood with their legs and necks in bonds so that they are fixed, seeing only in front of them, unable because of the bond to turn their heads all the way around.” This, the hero explains, is the human condition. We are always inside a cave. What we often call “reality” is shadows cast upon the walls of that cave. True reality lies beyond the cave, under the pure light of the sun, in the warm home we call the Earth. The struggle to leave the cave—“the art of turning around”—is never-ending. Every generation must take it up.

Our hero succeeds. The storytellers of subsequent centuries continually reinterpret and rewrite the cave story. The latest iteration of the myth is Steven Spielberg’s 2018 $4 million-dollar extravaganza Ready Player One. This movie acts like an antibody against dystopia, as does every story that sounds a warning about what happens when a society values images over reality: Brave New World, Snow Crash, The Truman Show, The Matrix, WALL-E, and various episodes of The Twilight Zone and Black Mirror. The hero returns to a happier “near future” than the one he left. In the closing scene the camera zooms in on his satchel, and in it is a diary that finally reveals our hero’s name: Socrates Zuckerberg, the grandson of the founder of Facebook.

The Metaverse will never be inexhaustible the way reality is; it will always be derivative of reality, never as rich as the genuine article.
sharetweet

Would you believe me if I told you this film scenario is really a dream I had the night after I first heard about the Metaverse? Mark Zuckerberg believes that this new virtual-reality environment is “the next chapter for the internet.” He promises it will change the world. “Your devices won’t be the focal point of your attention anymore. We’re starting to see a lot of these technologies coming together in the next five or ten years. A lot of this is going to be mainstream and a lot of us will be creating and inhabiting worlds that are just as detailed and convincing as this one, on a daily basis.” Zuckerberg’s launch video for the Metaverse gives us a glimpse into a virtual reality where we will don avatars (e.g., a robot, a holograph, or a cartoon), float, fly, play cards, and sit in on business meetings. Based on trends observed in social media and other online communities, we can expect the development of virtual currencies, complicated status hierarchies, novel cultural conflict, and new forms of communication driven by images more than words. The Metaverse will be a malleable and submissive version of the real world.

As others have already pointed out, a basic “metaverse” already exists, in the form of the internet as we know it today, with all its pros and cons. And the coming Metaverse could make many good things possible: it might be a boon to architects, engineers, surgeons, pilots, astronauts, and anyone else who needs simulation-based training. We already see that virtual-reality equipment can improve rehabilitation from injury. The Metaverse could become something like a living textbook for the hard sciences. Whatever its downsides, it will likely offer tools to help us live better in the real world.

It’s when the connection with that real world is sundered—or when the Metaverse becomes a competitor rather than supplement to it—that comparisons with Plato’s allegory of the cave and various other dystopian stories are warranted. The race to substitute the territory with its map is a natural tendency for an economy that packages and sells images. Home of Hollywood and the “personal brand,” the United States seems to have learned how to do this faster, and on a greater scale, than any other country. Yet a love for imaginary worlds is simply part of being human, and it’s not always a bad thing. Images can be beautiful and good for us, as prehistoric cave drawings and medieval cathedrals both attest. And when they aren’t good for us, we have a pretty good track record of checking ourselves. The enduring relevance of Plato’s Republic suggests that, however new the Metaverse itself might be, the concerns it raises are not new. Those concerns can be summed up in a few basic questions: What is imagination, and what is truth? Why seek an elusive truth beyond appearances if the appearances themselves are more pleasant? These questions seem academic until you realize just how easy it is to spend your life dwelling in appearances. You can live within your self-conceit. You can live protected by wealth. You can live apart from others. You can believe your own résumé. TVs, smartphones, and social media can make the temptation to dwell in appearances worse, and so could the Metaverse.

In a culture dominated by the Metaverse, the idea of self-knowledge as we currently understand it could disappear. Even before the Romantics, self-knowledge has always implied a degree of self-creation: we (partially) invent who we are. But self-knowledge also involves self-discovery, an encounter with truths about ourselves that we cannot avoid and must embrace. In the mystical tradition, the path of self-discovery finally takes us beyond ourselves and culminates in a meeting with Another—God. The Metaverse would make it easier than ever to focus only on self-creation and neglect self-discovery.

Yet escaping into the Metaverse might also awaken a longing for things that cannot be found within it—things only the real world can provide: love and sexual intimacy, raising a family, visiting a foreign city, a hamburger, the warmth of the sun. The Metaverse will never be inexhaustible the way reality is; it will always be derivative of reality, based on a programmer’s particular perspective, and therefore—despite claims to the contrary—never as rich as the genuine article. To wonder about the mysterious workings of nature is not the same as marveling at an intricate piece of man-made engineering. Some might argue that engineering is often preferable to nature. Not everyone is in a good position to appreciate all that nature has to offer: many suffer limited mobility or freedom due to illness or injustice. For such people, the Metaverse might be a welcome respite from the real world. But even those who suffer from such debilities and disadvantages would probably prefer, if they had the choice, to improve their reality rather than to escape from it. We may settle for fantasy, but it isn’t what we aspire to.

In the 1980s, Jaron Lanier was a pioneer in the development of virtual reality. Since the late 1990s, he has written essays and books about the cultural impact of technology. In a recent interview he told Lex Fridman that “I have always found the very most valuable moment in virtual reality to be the moment when you take off the headset. Your senses are refreshed and you perceive physicality afresh as if you were a newborn baby.”

Even when virtual reality is renamed “augmented reality” and aims to supplement reality rather than to replace it—as we saw during the 2016 Pokémon Go craze—the virtual bits of the game remind us that real stuff is better. “One of my favorite things is to augment a forest, not because I think a forest needs augmentation,” Lanier says. “But when you look at the augmentation next to a real tree, the real tree pops out as being astounding.... It’s hard to pay attention to that, but when you compare it to virtual reality, all of a sudden you do.” In his 2017 memoir, Dawn of the New Everything: Encounters with Reality and Virtual Reality, Lanier concludes that virtual reality “should be enjoyed as one of life’s treats, but not as an alternative to life.”

If Lanier is right—if reality is truly so attractive, so pregnant with wonder—we won’t be able to resist it for long. I doubt that a simulation could bring me as much joy as the real-life trip to Yosemite I took with my friends last summer. Several apps helped us along the way, but the majestic valleys and peaks were our motivating interest. All of us are connected to Earth by a tether of desire, and suppressing desire is never a viable long-term proposition. The Metaverse will pose challenges that will be met, in turn, by political, pedagogical, religious, and cultural responses. But whatever the future holds, we already have the antibodies.

Santiago Ramos is a contributing writer for Commonweal.