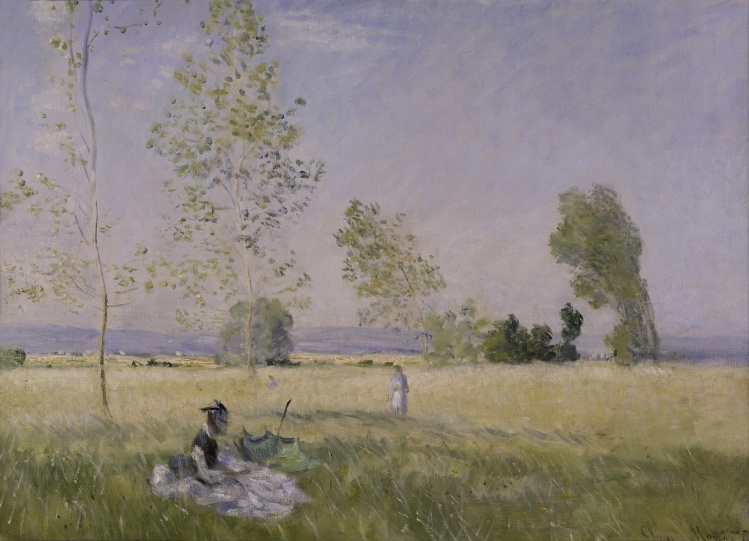 During one particularly hot stretch this summer—the kind of weather where I sit on my floor because it feels just a little cooler than the furniture—I found myself feeling a bit expansive, even maudlin. I was so miserable, physically speaking, but the misery (admittedly helped along by a few drinks, selected because they were more interesting than water and colder than nothing) somehow translated into a general good will. If my worst enemy had been there I would have asked him to bless me. It was that kind of mood.

It seemed unfair, in that moment, that I’d go to sleep and by the next day this feeling would have passed by, and eventually be compressed into a brief story of the column-opening variety. So I wrote myself a note to read when I woke up. But when I looked at the note in the morning it didn’t summon anything but the memory of having written it. I was left with only a story after all.

I hate summer, I should say. I understand there are people who claim to love it, much as there are people who claim to love eating ghost chili peppers or running, but they are obviously delusional. More than just about anything else—more than exercise, or hunger, or fatigue—summer reminds me that I am an animal with all the limitations that implies. I can’t go for long walks or even eat warm food. No matter how carefully I dress, a few minutes of simply existing in the summer heat will ruin even the most accommodating outfit. I will do anything to feel even a little less hot for a second or two. Winter is the season where reason reigns supreme. Summer is about humiliation.

But what I find the most irritating about summer, more than all the sweating and discomfort and trapped-in-a-meat-prison feeling it induces in me, is that I only have to step into an air-conditioned space to completely forget my misery. I can’t even remember what it was like to be as physically uncomfortable as I was a minute ago: just that I was. If I know that summer’s afflictions are only temporary, then why can’t I will them away?

The thought that a state of being will pass has always caused me more trouble than the thought that it won’t. It is demeaning to be in the throes of emotion—to be so happy you can’t focus, or so sad you can’t breathe—and to know you won’t always feel this way. Nothing sticks around. Well, almost. The past sticks around, ready to intrude at any moment, but while the past can bring consequences (and does), it can’t usher me into eternity; it can only demand I pay the bill for a meal I’ve already forgotten eating in the first place.

Summer itself has a kind of eternal feeling—the days are long, things move slowly, nothing seems so serious. So perhaps that’s another problem here. It’s not just that summer is miserable, but that it mocks me, a little bit, by teasing at the thing I most want: something that never ends.

Often when I am in a church it is almost empty. Still, even when it’s empty, I have the same feeling: there are so many people.
sharetweet

Of course from another perspective, nothing does end, and my problem is that I’m in the wrong place—a finite creature with an infinite frame of mind, kicking and screaming and demanding some kind of stasis as compensation for not enjoying the beatific vision or dwelling in some other kind of permanent mystical ecstasy. Lately I’ve been reading Robert Orsi’s book Between Heaven and Earth, a self-critical account of religion (really, of Catholics) and those who make religion an object of academic scrutiny.

Orsi remarks in his introduction that modern religious experience is marked by “sacred absence,” not “sacred presence,” but that Catholicism, especially in its more self-consciously modern forms, came rather late to this particular change. Himself raised Catholic, he is trying to understand, among other things, his own past. But the book, though affectionate and respectful, is never nostalgic. Orsi is frequently angry at the way an insistence on presence could wreck the lives of people within whom that presence was supposed to dwell, and that anger is often rooted in the lives of his own family—a disabled uncle, an abused grandmother. “The space between” heaven and earth, he writes of a stigmatic his grandmother was particularly devoted to, “revealed itself [in the stigmata] to be an open wound.”

All the same, however, it’s his world, and he wants to understand it even at the cost of annoying others. Toward the end of the book Orsi remembers a conversation about his study of the cult of St. Jude with a liturgist involved in post–Vatican II changes; at a certain point the liturgist stands up, shouts “you are trying to bring back everything we worked so hard to do away with,” and leaves. But the objects of study are equally inclined to snap back. “Have you ever prayed to St. Jude?” Clara, one of his interview subjects, demands. When Orsi says no, but he’s familiar with similar devotions, Clara responds: “Then how do you expect to understand what we’re doing when we pray to St. Jude?…You have to promise me that someday you’ll ask Saint Jude for something you really want, at a time when you really need him.”

But when an opportunity comes for Orsi to fulfill that promise, he does so by speaking, in his own understanding, into an empty room. Sacred presence can be appreciated; but living in it is another step entirely.

Trying to describe the experience of walking into a Catholic church to someone who hadn’t been in one, I said: “You know, there are so many people.” But by people I didn’t mean people in pews; I was talking about the statues of the saints, and the consecrated host in the tabernacle. Often when I am in a church it is almost empty. Still, even when it’s empty, I have the same feeling: there are so many people.

It would be incorrect to say that my life has been marked by absence over presence, but correct to say it is absence I believe in. Absence, rather than presence, is the stage against which other things come and go. “I’m very happy,” I remarked in another conversation, this one with a priest, “but I know one day I won’t be happy, so I’m trying to be ready for that.” But why, he wanted to know, was I so sure? Good question. I don’t think I had a very good answer.

I can tell myself that God is present in every moment, but it’s another thing to believe it. I can tell myself—with Orsi, as it happens—that my faith is less about meaning-making than about a relationship that God and I mutually sustain. But it’s easier to slip into moody parsings, to try to come up with clever answers that shield me from this relationship, or to persuade myself that it’s neither possible nor desirable to have one. There are so many people: but somehow they don’t seem to follow me out into the street and back to my home.

What would it be like if I could see every moment as a gift, supplied with everything that it needed, sufficient unto itself? Not worrying it would go away, not cultivating indifference, but simply accepting the moment and God’s presence in that moment, even in the summer? Would that even be possible?