Suiting Up for Team Racist 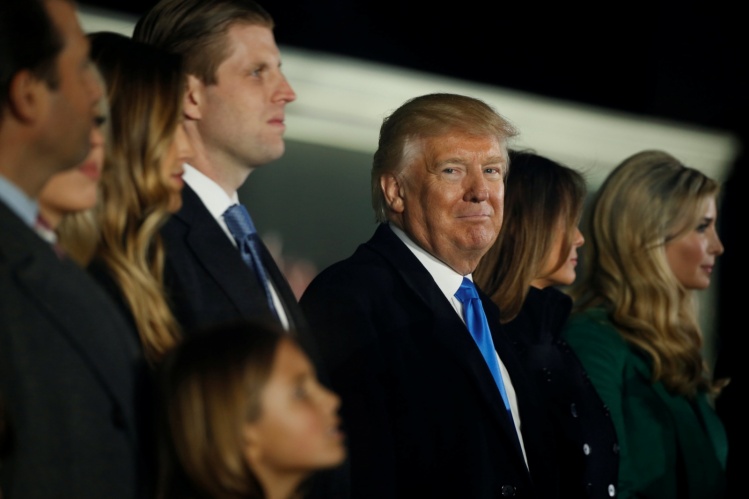 I thought I must be seeing things. That’s how pessimistic I’ve become. When I read the opinion piece by Bishop John Stowe of Lexington, Kentucky, that ran in the Lexington Herald-Leader, I thought, “Can this be real? A Catholic bishop directly, with no irrelevant to-be-sure-ing, calling out the racist politics of President Donald Trump as an affront to the church’s prolife witness?”

Stowe did exactly that. “It astonishes me,” he wrote, “that any students participating in a prolife activity on behalf of their school and their Catholic faith could be wearing apparel sporting the slogans of a president who denigrates the lives of immigrants, refugees, and people from countries that he describes with indecent words and haphazardly endangers with life-threatening policies.”

He’s talking about so-called MAGA hats and gear—as in “Make America Great Again,” Trump’s inflammatory campaign slogan. What prompted Stowe to write was a highly publicized incident involving students from Covington Catholic, a high school in a neighboring diocese. Video footage circulated of a group of boys from that school, many clad in MAGA gear, facing off in (at best) a disrespectful manner with a Native American demonstrator, while in Washington, D.C., for the March for Life. The initial video clip prompted an outcry against the students, after which came more footage from that day, accompanied by an insistence in conservative circles that the boys had been unfairly tarred as racists and were the true victims.

Is Donald J. Trump personally prejudiced against nonwhites? It doesn’t matter. What matters is that he traffics openly in racism as a means of riling up his supporters.
sharetweet

Stowe declines to get into that debate, and calls attention to the U.S. bishops’ recent pastoral letter on combating racism, “Open Wide Our Hearts.” The word “Trump” does not appear in that letter, but when the bishops list the factors that prompted them to address that subject, they write, “Extreme nationalist ideologies are feeding the American public discourse with xenophobic rhetoric that instigates fear against foreigners, immigrants, and refugees.” It is startling to realize that this sentence is a fair and even restrained description of the current president of the United States. “Make America Great Again” is the rhetoric they’re talking about.

Is Donald J. Trump personally prejudiced against nonwhites? It doesn’t matter. What matters is that he traffics openly in racism as a means of riling up his supporters. Trump’s presidential campaign was racist. His administration is racist. His ongoing campaign to win the next election is racist. Standing with Trump is racist. It is racist regardless of what motivates you to do it—your desire to see the Supreme Court filled with conservative judges; your enthusiasm for low taxes for the very wealthy; your earnest belief that Vladimir Putin is an ally worth courting.

Like many conservatives, National Review editor Rich Lowry holds this conclusion in contempt. After the Covington drama, he wrote a column in which he complained, “For much of progressive America, if you are wearing the hat, you are suiting up for Team Racist.” Well, yes. Lowry fleshes out his column by quoting a number of people who had said as much on Twitter, including me: “As Commonweal magazine columnist Mollie O’Reilly wrote of the Covington controversy, ‘You don’t let your kid wear a MAGA hat and then act offended when they get taken for a racist.’”

I wrote that, and I stand by it, obviously. But he quoted only half of that tweet. Here’s the first sentence: “Every person now claiming those MAGA teens have been unfairly judged as racists is trying, consciously or not, to place Trump gear and MAGA hats in a neutral category.”

Which, of course, is exactly what Lowry was doing in that column: insisting that there’s some wiggle room, some way to say “I’m Team Trump” but not “I’m Team Racist.” There isn’t. If you welcome some of what President Trump has done but abhor his racism, it’s up to you to figure out how to express those convictions. Wearing MAGA gear says you’re not bothered.

That fact may not be obvious to teenagers, especially to privileged white teenagers. Which is why it’s important to remember that the question is not whether those boys are thoroughly racist individuals, but whether they are able to recognize racist policies and politics and their own responsibility to resist them. Can they see that the call to defend the vulnerable is not only about unborn children? The adults in their life owe it to them to clue them in, especially if those adults are supposed to be educating them and forming their characters according to the teachings of the church. Bishop Stowe spoke up, and spoke the simple truth. Let’s hope it’s the start of a trend.