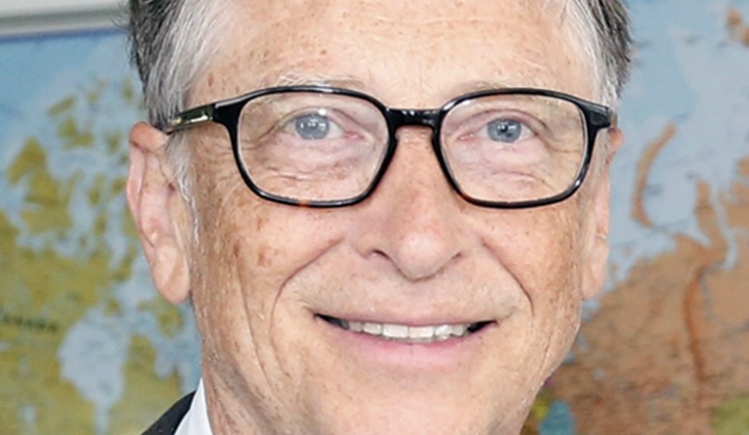 Many introductory probability and statistics textbooks feature some version of the following problem: there is a certain rare disease that afflicts one in every ten thousand people. A diagnostic test has been devised that correctly identifies whether a patient does or does not have the disease 99 percent of the time. Suppose that you take the test and it reports that you are ill. What is the probability that you really are? It may be tempting to say “99 percent,” but the correct answer is in fact less than 1 percent. Even though the test appears to be highly accurate, the disease in question is so rare that false positives will tend to vastly outnumber correct diagnoses of illness.

Now consider that no more than one in every ten thousand people will achieve the kind of unimaginable material success that comes along with being a movie star, a professional athlete, or a titan of industry or finance. The great majority of these spectacularly successful people—let’s say 99 percent of them—are extremely talented and hardworking. So if you happen to know someone who is both talented and hardworking, how likely is it that he or she will one day hit it big?

Given what we know from our own experience (and the hint from the warm-up problem), it shouldn’t come as a shock that the answer is “not that likely.” Perhaps more surprising is the observation that those who do end up becoming spectacularly successful are often not even the most gifted or most industrious in their field. As Cornell professor of economics and New York Times columnist Robert H. Frank explains in Success and Luck: Good Fortune and the Myth of Meritocracy, “the contests that mete out society’s biggest prizes are so bitterly competitive [that] talent and effort alone are rarely enough to ensure victory. In almost every case, a substantial measure of luck is also necessary.” Even in contests where luck has only a small impact on the outcome—like an Olympic track-and-field event—the winner is both very likely to have been highly talented and very unlikely to have been the most talented.

The intuition for this is actually quite straightforward: in contests that feature a large number of competitors, the most talented individual is usually not all that far ahead of the rest of the pack. There are probably others who are just about as good. Yet who gets lucky is by definition random, so it is exceedingly unlikely that the most gifted person will also be the luckiest. And the slight edge one gets from being lucky is often enough to overcome a slight deficit in ability.

Of course, “being talented” is in a sense just another form of being lucky, a point Frank does briefly touch on before insisting that “luck’s role in explaining differences in personal attributes is not my focus here.” Genetics and upbringing are critical determinants of personal traits like intelligence or work ethic, so perhaps the distinction between that which is within our control and that which is truly random is less clear-cut than even Frank imagines. He does, however, devote some attention to how environment relates to life outcomes. “Being born in a good environment is one of the luckiest things that can happen to anyone,” he writes, echoing a 2011 campaign speech by Sen. Elizabeth Warren (also excerpted in the book) about how nobody who builds a thriving business does so in a vacuum.

Another important theme of Success and Luck is that the human mind is just not designed to think rationally about luck. Frank marshals a wealth of compelling evidence from experimental psychology and behavioral economics to demonstrate the existence of systematic cognitive biases that color how we think about our own achievements and misfortunes. It turns out that we tend to overrate the role of bad luck in our failures while underestimating the role of good luck in our successes.

More speculative is Frank’s contention that this sort of skewed reasoning about luck is partly to blame for declining levels of public investment and decreasing marginal tax rates on high earners across the developed world during the past few decades. “It is failure to appreciate luck’s importance that has done the most to undermine our collective stock of good fortune,” he argues, “because failure to appreciate luck’s importance has made successful people more reluctant to pay the taxes required to support the investments necessary to maintain a good environment [for fostering success].” But if an inability to properly appreciate the importance of luck is as deeply ingrained in our psyches as Frank claims, then how do we explain the fact that the crisis of public investment and the rise of trickle-down economic theories are in fact relatively recent developments?

ONE POSSIBILITY IS that the cognitive biases of the wealthy are made more dangerous in a world of rising inequality, one in which “luck is becoming more important in part because the stakes have increased sharply.” Frank maintains that surging incomes at the very top of the earnings distribution have been driven primarily by the spread of “winner-take-all markets”—or markets in which being second-best is almost as bad as coming in last. For example, a century ago one could have made a decent living as a musician simply by becoming the best in a given town or region. But today, when performances by the most accomplished musicians in the world can be digitally recorded and made available anywhere, there is no reason for listeners to bother with anyone else.

This phenomenon, also referred to as “the superstar effect,” is an important part of the explanation for why income inequality at the very top has soared in recent years. Yet Frank tends to dismiss alternative or complementary hypotheses, such as those that emphasize the incestuous structure of corporate boards in the United States as a driver of the explosive growth in CEO pay. He also fails to account for international variation in the extent of inequality. If superstar effects tell the whole story, then why has income become much more concentrated in the United States than in, say, Japan? Frank makes no mention of differences among countries in norms surrounding executive compensation, for instance.

In any case, pointing out that inequality has risen does not explain why the crisis of public investment is happening now. Even if it is true that luck has become more important with the emergence of winner-take-all markets, why should this have made successful people more reluctant to pay taxes only in the past few decades? Frank’s account mostly lacks any analysis of the structural shifts that have allowed political movements committed to slashing public spending and privatizing public goods to gain traction. Absent is any sustained consideration of the weakening of organized labor or the erosion of the aforementioned norms against excessive executive pay.

Absent as well is an acknowledgement of the fact that the crisis goes beyond “investment” in public goods like education and physical infrastructure and threatens other institutions that have helped guarantee material security. In Frank’s view, the wealthy are pulling up the ladder of opportunity behind them, and only initiatives to educate them about the role of luck in their own success will be able to reverse the trend. That the ladder is being pulled up is only part of the problem, though; the safety net is being torn down at the same time. Austerity politics have imperiled not only programs that boost worker productivity but also those that are purely redistributive. It is not only funding for public higher education or for roads and bridges that is under attack, but also food stamps and Medicaid.

Frank is passionate about combating the problem of underinvestment in public goods and has thought carefully about how best to raise the revenue needed to do so. The penultimate chapter of Success and Luck lays out a case for a “progressive consumption tax,” a policy Frank has advocated for years. He argues that taxing consumption rather than income—and taxing it more heavily the more that one consumes—would limit wasteful “expenditure cascades” in which the buying patterns of the well-to-do lead everyone else to spend more than they would otherwise by shifting societal expectations about what counts as adequate.

Consider the example of housing. If rising incomes at the very top enable the ultra-rich to begin building lavish new homes with ballrooms and elevators, their only-somewhat-rich acquaintances will likely feel pressure to upgrade their own residences. And since social circles overlap all the way down the income scale, those at the bottom will also eventually feel compelled to strain their finances to purchase bigger and better houses. Frank notes that median real income has barely budged in the past thirty years, yet the median new home is now 50 percent larger than its counterpart in 1980.

Some might be skeptical that taxing consumption would really get the wealthy to spend less profligately, but even people with apparently bottomless pockets respond to price signals. Frank observes that billionaires in New York City, many of whom would have the resources to gobble up entire high-rises if they wanted to, in fact “rarely live in apartments larger than 8,000 square feet…because New York’s high prices have made it socially acceptable for even the hyper-rich to live in more modest spaces.” All in all, his case for the progressive consumption tax and its ability to curtail expenditure cascades is persuasive, if only loosely related to the book’s main arguments.

Success and Luck is not only, or even primarily, a book about economics. Frank seamlessly weaves together research findings from the social sciences with captivating personal anecdotes about his “own experiences with chance events,” including a story about how he once suffered a massive heart attack while playing tennis with a colleague and survived only because an ambulance happened to be nearby responding to a car accident. “Few of us give much thought to how seemingly minor random events often profoundly alter our lives,” he concludes. With any luck, this book may help to change that.