A baroque imagination, an alertness to complexity, and a wicked sense of humor
By Paul Baumann
Books
Culture
Fiction 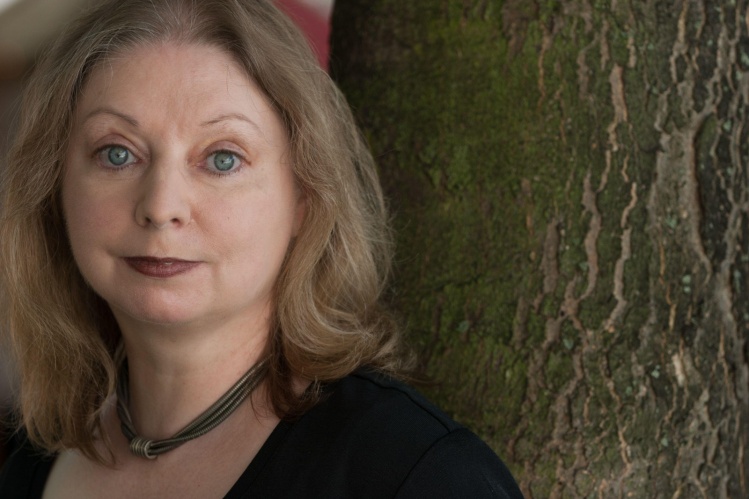 Like many people, I was shocked to learn of the novelist Hilary Mantel’s death last month at the age of seventy. To be sure, seventy is not young, but given that she recently finished her much-acclaimed trilogy on Thomas Cromwell, Henry VIII’s chief minister, one expected her to continue going from strength to strength. She had, of course, been seriously ill from the effects of—and efforts to treat—endometritis for her entire adult life. Given that physical and emotional burden, her output of twelve novels as well as a memoir and collections of stories and essays is little short of miraculous.

I have not read the big books in the trilogy, Wolf Hall (2009), Bring Up the Bodies, (2012) and The Mirror & The Light (2020) but I plan to. The first two won the Man Booker Prize. Her early 1989 novel Fludd, however, is a favorite of mine. It is set in a northern English village obviously based on the town where she grew up in a claustrophobic Irish Catholic parish just outside of Manchester. With its unbelieving parish priest, ruler-wielding nuns, and wildly gossipy and superstitious parishioners, Fludd is easily mistaken for an anti-Catholic screed. But because of Mantel’s baroque imagination and astonishingly evocative writing, as well as her sure grasp of the complexities and contradictions inherent in life, the novel is much more than that. Mantel certainly rejected the faith of her childhood, but she was as conversant with ghosts and various otherworldly revelations as are the characters in her novel. She also possessed a literally wicked sense of humor. Fludd is as funny as it is disorienting and haunting, as suits a contemporary novel whose title character died in 1637.

I have also read her memoir, Giving Up the Ghost, and another early novel, An Experiment in Love. The novel, which has strong autobiographical elements, features a protagonist who, like Mantel, left her parochial village and dominating mother for an urban university. It is set in the culturally and sexually tumultuous late 1960s and early ’70s, a period I am all too familiar with. Perhaps for that reason, I found it somewhat unfocused. No one could say that about Giving Up the Ghost, which tells the strange and riveting story of a childhood spent in row-house poverty. It was in that row house that her upwardly mobile mother replaced Mantel’s biological father with a more economically promising lover. And it was in that house that both men stayed for several years.

Mantel certainly rejected the faith of her childhood, but she was as conversant with ghosts and various otherworldly revelations as are the characters in her novel.
sharetweet

I was so smitten with Mantel’s writing that I wrote to her in 2001, asking if she would consider writing a Summer Reading piece for Commonweal. Much to my surprise and delight, she agreed. Her selections were clear-eyed and agreeably eccentric. She recommended Hellish Nell: The Last Witch in Britain, about a “high-earning, grossly fraudulent spiritualist medium” who was tried and convicted in 1944 under the Witchcraft Act of 1735! She also praised The Adversary by Emmanuel Carrère and Bad Blood by Lorna Sage. Carrère’s true story is about a Frenchman who created a false identity as a doctor that went undetected for eighteen years. Discovered, he slaughtered his family, his parents, and the family dog. “Shocking, exact, and wise,” was Mantel’s verdict. Sage’s memoir prompted Mantel to write that “it’s in ordinary lives, lived bravely, that we see most clearly the transfiguring, persistent, universalizing power of art.”

A few days after her death I listened to part of an interview Mantel had given to the radio host Terry Gross on “Fresh Air.” The interview was originally conducted in 2012 for the release of Bring Up the Bodies. I had heard Mantel give a series of interviews on BBC radio several years ago. Her voice is instantly recognizable, as is her courteous but direct way of handling questions. Gross was interested in the details of Ann Boleyn’s execution, expressing some understandable disgust at the practice of beheading. Mantel matter-of-factly informed her that beheading was considered to be merciful at the time and reserved for the aristocracy. In fact, Henry insisted the executioner use a sword rather than the customary axe, because it was thought a sword was less painful. Commoners were hanged—or, worse, hanged and then drawn and quartered. It is shocking, Gross observed, that women could be executed for not giving the king a son, something they had no control over. “It’s more complicated,” Mantel corrected her. Henry’s wives were executed for treason. The queens were not powerless players at court, Mantel went on, but deeply involved in politics, with agendas of their own. It is a mistake to think they were guileless. Henry’s desire to break with the Roman Church was in large part driven by his conviction that the Church’s extensive English properties properly belonged to him, not to a foreign power who exercised arbitrary authority over whether to annul his marriage.

Asked why she left the Catholic Church, Mantel paused before saying she had simply lost her faith. Asked if she would ever go back, she said no. If you have read her memoir or Fludd, that answer would come as no surprise. But she had considered becoming an Anglican. In her research and writing, she had acquired a great deal of respect for those who carried out the English Reformation, especially the translation of the Bible into English. Henry placed a copy of the English Bible in every parish in the country. Anyone who could read was encouraged to read it and also encouraged to read it to those who couldn’t. That transformation seemed to count for a lot with Hilary Mantel.