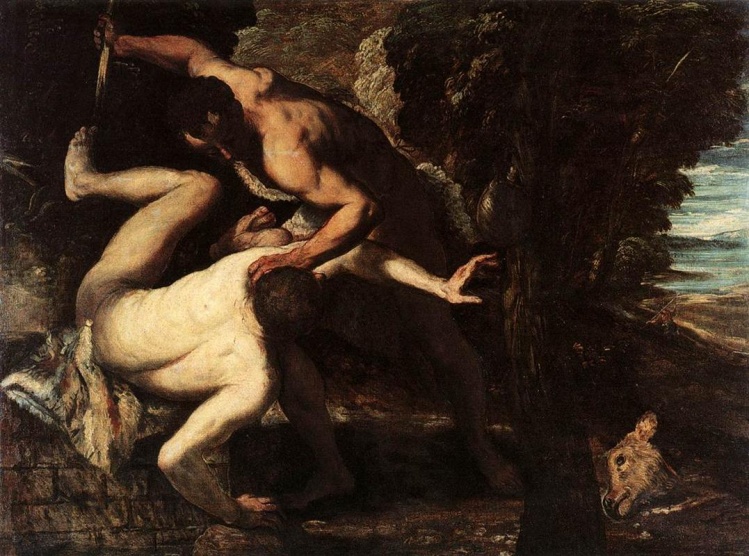 I was in the Delhi airport last week, waiting for a flight to Scotland. Like most foreign flights, it was leaving at a ghastly hour—4:30 a.m. I was exhausted and the journey hadn’t even started.

I wasn’t the only one. A young mother pushed her luggage cart in my direction. Her toddler sat perched on top of the suitcases, sleepy, a croissant on a plate in his lap. As I watched, the cart jolted to a stop and the croissant slid off the plate and landed on the floor. The child was suddenly wide awake. He glanced up at me with a look of pure fear; at the same moment, his mother saw what had happened.

She hissed something like “Now look what you’ve done.” She was speaking Dutch or German, so I don’t actually know what she said, but the tone and the menace were clear. The child was in big trouble and he knew it. The hideous scene escalated. Mom slapped the boy surreptitiously and flung him on the seat beside me. When he toppled off just moments later, she picked him up roughly by his arm, and, holding him too tightly, muttered threateningly into his ear. He calmed down briefly, but when he set her off again a bit later, she took him aside and slapped him twice in the face and then shook his little body hard.

I was flying to Scotland to attend a conference on violence against children. The irony was appalling. I walked over to where she was now sitting on another row of seats, cradling the trembling boy and trying to soothe him to sleep. “Can I hold him a while so you can get a break?” I asked gently. The offer was turned down, surprisingly politely. Then I told her I was very concerned about what I had seen and thought she needed to seek help when she got home. Until my flight was announced, I kept my eye on that row of benches, determined that kid would not come to harm again, at least not on my watch.

Half the world’s children—around one billion kids—experience violence in their lives, according to Dr. James Mercy of the Centers for Disease Control in Atlanta, who spoke at the conference in Edinburgh. A public-health expert, Mercy knows all too well the effect of such experience: high rates of depression, criminal behavior, domestic violence, rape, substance abuse, broken marriages, eating disorders, and acquired disabilities.

“Violence in our society is an epidemic,” according to Karyn McCluskey, who directs the Violence Reduction Unit in Scotland. And she would know: Glasgow, where McCluskey works, was once the murder capital of Europe.

Not anymore. McCluskey’s approach to addressing the violence in her city has been startlingly effective. Not surprisingly, given her background as a forensic psychologist and former nurse, her solution was a medical one. As she explained in her keynote speech at the conference, “Violence works like an infectious disease. It’s passed on. You can catch it. Your life is not predictable or manageable. You may have alcoholic parents, suffer domestic violence. Nobody cares about you. You’re incapable of empathy: you’re then hard-wired for violence.” This insight informs her unit’s entire approach to reducing violence. “We follow World Health Guidelines for any other epidemic,” she explained. “Isolate the contagion. Prevent transmission. Treat outbreaks instantly and aggressively.”

Her inspiration came from an American criminologist named David Kennedy, who had designed a program to combat gang violence in Boston and later in Cincinnati. The Community Initiative to Reduce Violence (CIRV), which Kennedy helped McCluskey develop in Glasgow, “calls in” known gang members for a tough, no-nonsense invitation-only event with three basic features: a uniformed cop reading them the riot act—zero tolerance, not only for offenders but for all members of the offender’s gang; a promise of support (education, training, job placements) for those who renounce violence; and, finally, heart-wrenching testimonies from physicians who have treated victims and from parents who have lost children to violence.

The initiative has been remarkably successful. Among the more than five hundred gang members in Glasgow who have been part of the program since 2008, violent offences are down by 46 percent. Arrests for weapons possession have fallen by 85 percent.

But McCluskey isn’t satisfied, because she’s still worried about the kind of thing I saw at the Delhi airport on my way to Scotland. “Ask any grandmother out on the [public housing] estates, and she’ll tell you exactly what the problem is,” McCluskey says. “It’s the parents, she’ll tell you. The families.”

So parent training is the key piece of McCluskey’s program to end violence against children. It’s not the easiest solution, but it’s the only one that makes any sense. Children exposed to violence from infancy accept it as normal. They are blind, through no fault of their own, to the suffering it causes. “At the end of the day, it’s empathy.” McCluskey insists. “Empathy is what keeps us together. It’s all really about people getting on with other people. Because if you bring a kid up in a war zone, you’re going to get a warrior.”