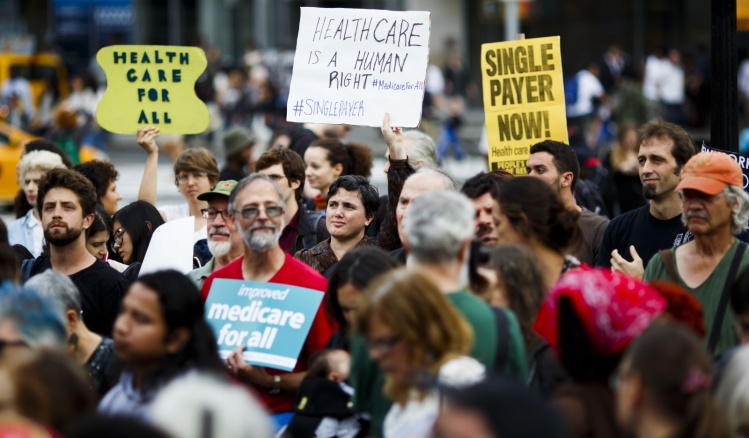 The mesmerizing farce of the Trump administration—its scandals, lurid intrigues, and flagrant lies—can easily distract us from the many ways this president and his party are making life harder for vulnerable Americans. While we all attend to the latest antics of President Twitter, his appointees and congressional allies are quietly punching holes in the safety net that protects millions of people from destitution.

One way the GOP is trying to deprive the poor of public assistance is by imposing strict work requirements on the tenants of public housing and recipients of Medicaid. In January, Seema Verma, who runs the federal Centers for Medicare and Medicaid Services, announced that the Trump administration would begin allowing states to require most non-disabled adults to work as a condition of Medicaid coverage. In late June, a few days before the first such work requirement was to take effect in Kentucky, a federal judge blocked it, ruling that the Trump administration had been “arbitrary and capricious” in approving Kentucky’s plan without making sure it was in keeping with Medicaid’s stated purpose of “furnish[ing] medical assistance” to the poor. “The record shows that 95,000 people would lose Medicaid coverage,” the judge wrote, “and yet the secretary [of Health and Human Services] paid no attention to that deprivation.” The judge was right, but he may yet be overruled by a Supreme Court too solicitous of states’ rights and too deferential to executive authority.

Administration officials argue that work requirements not only nudge people out of poverty but are consistent with Medicaid’s general goal of promoting health among low-income Americans. They point to studies showing a correlation between higher earnings and longer lifespans. But a correlation between income levels and longevity is not the same as a correlation between longevity and employment. If it were, manual laborers would have the same average life expectancy as doctors and lawyers (they don’t). More to the point, the Trump administration has the correlation backwards: the available evidence suggests not that people need a job in order to be healthy, but that they need to be healthy in order to find and keep a job. In any case, Medicaid was established with an objective much more modest and precise than encouraging healthier lifestyles; it was designed to make sure that the poor can get health care when they need it—nothing more, nothing less.

If there is any consolation for these attacks on Medicaid and the Affordable Care Act, it is that they finally seem to have convinced most Democratic politicians that health-care reform will never really be safe, much less sufficient, until it includes some kind of public option.
sharetweet

Even as the Trump administration tries to thin out the Medicaid rolls, it’s also looking for new ways to gut Obamacare. In June, Trump’s Department of Justice informed a federal court that it would no longer defend provisions of the Affordable Care Act that require insurance companies to cover people with pre-existing conditions without charging them more. These provisions, the DOJ argued, were inseparable from the individual mandate, which it now considered unconstitutional. The Supreme Court had ruled in 2010 that the individual mandate was constitutional only because it was enforced by means of a tax penalty, but Congress got rid of the penalty last year as part of its $1.5 trillion tax cut.

If there is any consolation for these attacks on Medicaid and the Affordable Care Act, it is that they finally seem to have convinced most Democratic politicians that health-care reform will never really be safe, much less sufficient, until it includes some kind of public option: if not Medicare for All, then at least Medicare for all who want it—young or old, healthy or sick. More Democratic candidates are running on this promise, and several Democratic lawmakers have introduced bills that would make it a reality. One of these, the Choose Medicare Act—sponsored by Senators Jeff Merkley (Ore.) and Chris Murphy (Conn.)—would allow anyone not already eligible for Medicare or Medicaid to get Medicare coverage through one of the health-insurance exchanges established by the Affordable Care Act. Employers could also choose Medicare instead of private insurance for their employees. The logic behind such proposals is compelling: if, as most Americans now believe, health care is a right and not just another commodity, then its provision must be guaranteed by the state; and the simplest, most efficient way to guarantee the provision of health care is to provide it. In short, Medicare for All should be no more controversial than public schools (also unpopular with the Trump administration).

The good news is that Medicare for All is polling quite well these days, but that won’t matter unless Democrats find a way to translate its popularity into a political cause strong enough to overcome all the interests Republicans can be counted on to protect: drugmakers afraid of the government’s bargaining power, private-insurance companies afraid they couldn’t compete with a public option, and deep-pocketed ideologues opposed to any measure that would expand the role of government. Because it threatens profits and promises greater equality, Medicare for All is still not for everyone.