The Shape of Evil

'A Land Without Sin'
By Valerie Sayers
Books 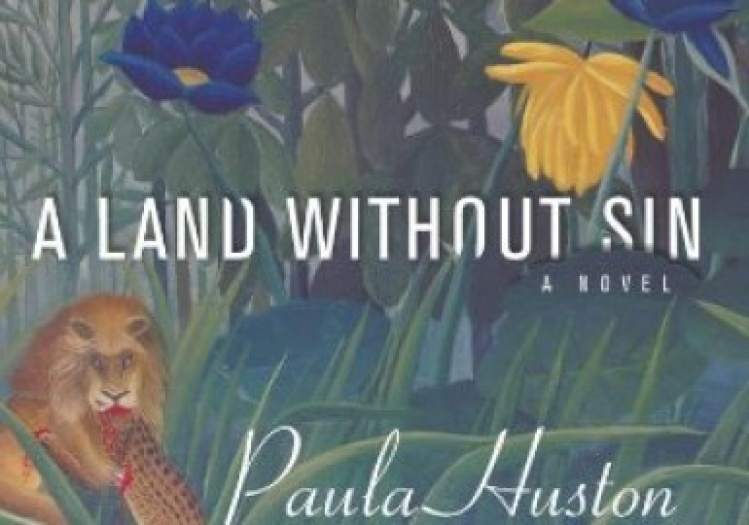 Political and religious ideas can be difficult subjects for fiction, especially when they’re combined: argument, after all, proceeds down a clearly marked highway while narrative takes the scenic route. But politics and religion meet in war zones on a daily basis, and artists have never shied away from representing the physical, if not the metaphysical, side of struggle. Certainly Mexico and Central America, sites of rich religious tradition and churning political conflict, have attracted Anglo realist writers—the best-known are probably Graham Greene and Robert Stone—equally drawn to the pleasures of the quest novel, with its atmosphere of suspense and exoticism, and the very different pleasures of the novel of ideas.

With her ambitious second novel, A Land Without Sin, Paula Huston jumps into this territory equipped with a wide-angle lens. She is determined to convey the riches of Mayan history, the dense beauties of Mexico’s Chiapan jungle, the contemporary challenges of liberation struggles and liberation theology as seen from the privileged outsider’s perspective. And always lurking behind the story of this world of Chiapas, so new to the novel’s sharp-tongued protagonist, Eva Kovic, is a story of personal and cultural history that has intermittently driven both her and her brother to the clutches of despair.

Eva is a photojournalist who specializes in hot spots and war. She’s traveled the world and has taken heartbreaking pictures: refugees in Darfur, a hut in Burundi “after a machete-wielding mob of neighbors swept through.” Raised Catholic in a Croatian neighborhood in Chicago, she’s long since lost her religion, and at thirty-four, she’s lonely after a series of short-lived affairs. “There’s a coldness inside that can scare people—men—while attracting them in ways that must feel vaguely uncomfortable to them,” she says. “I’m not the kind of woman who’s going to cling.”

Eva is tough, but she retains a soft spot for Stefan, her older brother who left home early and has become a Catholic priest. Like Eva, he’s chosen a life that sets him down in the middle of political turmoil, and in 1993, the time in which the novel is set, he’s gone missing in Chiapas. Eva takes a freelance job working with a Dutch archaeologist who specializes in Mayan culture—she figures it will be a good cover—and sets off to find him.

Brisk with its action and richly detailed in its historical, geographical, political, and theological explorations, A Land Without Sin succeeds in considering the thorniest problems religious believers face—atrocity, despair, the nature of evil—without moralizing or over-simplifying. It’s deeply engaging and impressive in its range, and for the most part it manages to keep its many narrative balls spinning gracefully. Perhaps most crucial to its success is a full and intelligent probing of an atheist’s perspective—narrated by a complex, sharp, and dynamic female voice whose rue and wit inject healthy doses of irony and skepticism as needed.

Though Eva’s main goal is to follow her brother into the jungle where he has disappeared, she also ends up pursuing an archaeological mystery concerning the messages of Mayan glyphs. The ruins she explores and the letters her brother has left behind lead her to ponder Stefan’s lifelong pursuit of what he’s called “the shape and personality of evil.” Those letters in which Stefan describes his immersion in the writing of Miguel de Unamuno and René Girard are a handy way to lay out ideas but also a bald and somewhat clumsy narrative device. Nonetheless, at the heart of all the exposition, Girard’s (and Huston’s) ideas about scapegoating, sacrifice, and vengeance are intellectually satisfying. Furthermore, Huston raises the personal, philosophical, and theological stakes by situating the desire to avenge injustice not only in the ancient Mayan and contemporary Chiapan worlds, but also in the recent history of the Kovic family of Chicago.

That gives her another mystery to solve: Just what caused Stefan to leave home as a teenager, and what drives him now? He has disappeared into the jungle with the rebels, she discovers, because he is seeking to dissuade his onetime protégé Mat from taking revenge on a man named Aguilar for the murder of his father. Stefan must convince Mat that, as Eva puts it, “he has every right to seek justice for the murder of his father, was in fact morally required to do so, but that the moment he went after Aguilar for the satisfaction of hearing him scream he’d lose his soul.” Stefan is the living embodiment of the faithful shepherd, trekking off into extreme geography and extreme danger after his lost charge.

The novel’s notions of faithfulness are also embodied in the archaeologist’s wife, Anne, a Quaker dying of multiple sclerosis. Anne is that most difficult of characters to pull off, the saintly sufferer, but Huston makes her believable in large part because she acts out her convictions rather than talking about them. It’s Anne’s husband who tells Eva what she thinks about faith: “That it was all there in front of us, open to everybody, and it was only a matter of learning how to see it….[S]he believed we’re born with the capacity to recognize some mysterious reality that’s there, but that life hurts us and makes us wary, and eventually we screen ourselves off from things to the point where we lose the vision entirely.”

With a potential reunion between Eva and Stefan in the balance, A Land Without Sin builds quickly to its suspenseful climax. It takes open delight in its own cinematic momentum, but it ultimately works as serious fiction because it’s self-conscious—in the best sense—about the dangers of novels trafficking in political and religious certainties at the expense of complexity and mystery. Eva receives no come-to-Jesus epiphany but neither does she succumb to hopelessness about fallen humankind. She may not have regained the vision of faith Anne describes, but her field of vision has been enlarged. Just what we readers ask fiction to do for us.