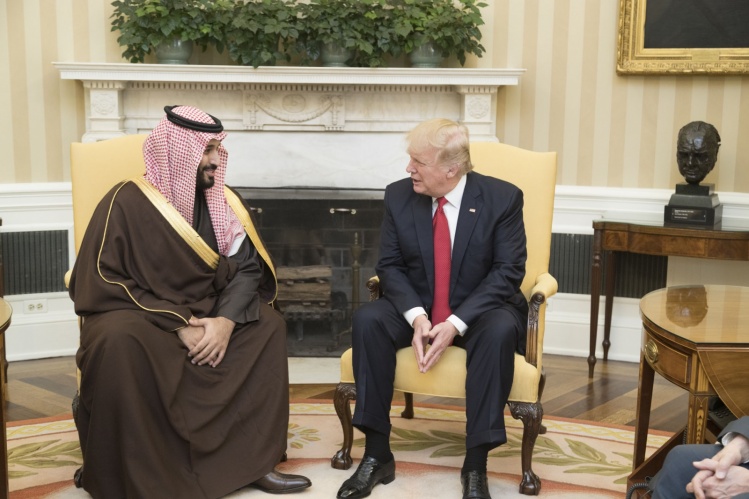 “A single death is a tragedy, a million deaths a statistic,” Stalin is supposed to have said. The murder of prominent Saudi journalist Jamal Khashoggi is a sad reminder of this truth. The United States has long countenanced Saudi Arabia’s brutal oppression and human-rights violations at home and reckless behavior across the Middle East, but only with Khashoggi’s gruesome death has the U.S. media begun to ask questions about the cynical “strategic alliance” between the two countries.

On October 2 Khashoggi entered the Saudi consulate in Istanbul to obtain a document he needed to marry his Turkish fiancée. He gave her two mobile phones and instructions to call a top aide to Turkish President Recep Tayyip Erdoğan if he didn’t come back out. Several hours later, he still hadn’t. The next morning, there was still no sign of him. Immediately the worst was suspected. Though Khashoggi had once been an advisor to the Saudi government, he had grown concerned about thirty-three-year-old Crown Prince Mohammed bin Salman’s consolidation of power. Last year he fled Saudi Arabia after being barred from writing there because of his criticisms of Donald Trump. In the year before his death, he was living in the United States and writing columns for the Washington Post. He told friends he still feared for his life.

Soon after Khashoggi’s disappearance, Erdoğan publicly accused Saudi Arabia of murdering him inside the consulate. Saudi denials were rebutted with increasingly detailed reports from the Turkish government, which claimed to have audio evidence of Khashoggi’s torture and dismemberment. It was revealed that, hours before Khashoggi’s disappearance, a team of Saudi agents—one toting a bone saw—had flown to Istanbul in two private jets chartered by a company with ties to the crown prince, and then left the country that evening. Further reports revealed they were members of the Royal Guard who answered directly to bin Salman. The clear implication was that Khashoggi was murdered at the crown prince’s behest.

For more than half a century, the United States has condoned or even enabled the Saudi regime’s brutality and oppression.
sharetweet

There were immediate cries of outrage from journalists, former U.S. military and intelligence officials, and members of Congress from both parties. But as evidence of Saudi responsibility accumulated, Donald Trump echoed bizarre alternative theories floated by Saudi officials—like the claim that Khashoggi might have been killed accidentally in a fistfight, or the suggestion that “rogue killers” were responsible. Almost two weeks after Khashoggi’s disappearance, Trump was still saying he found the Saudi government’s explanations credible before admitting that “there’s been deception, and there’s been lies.” He finally called the ever-evolving Saudi explanation “the worst cover-up ever.” Yet throughout, he has insisted that Saudi Arabia has been an “incredible ally” and that bin Salman might not be to blame. “Nobody has told me he’s responsible. Nobody has told me he’s not responsible. We haven’t reached that point.... I would love if he wasn’t responsible,” Trump said. He has repeatedly cited a pending $110 billion arms sale to Saudi Arabia as a reason not to rush to judgment.

Trump’s unwillingness to hold Saudi Arabia accountable for its actions differs from that of previous administrations only in its naked cynicism. For more than half a century, the United States has condoned or even enabled the Saudi regime’s brutality and oppression. The Obama administration stood by as the Saudi military launched a bombing campaign in Yemen, where, with the help of billions of dollars of U.S. arms and key logistical support, it has now killed more than ten thousand civilians and caused a large-scale humanitarian crisis. In 2013 the Saudi regime backed a coup against a democratically elected government in Egypt. More recently, the crown prince has detained members of the royal family who might stand in the way of his pursuit of power. While all this was happening, the U.S. government simply looked the other way. Saudi Arabia might be a theocracy, but unlike Iran, it was our theocracy.

The killing of Khashoggi offers a chance to change this. No longer can politicians, journalists, and Silicon Valley tycoons pretend that bin Salman is a reformer. No longer should anyone believe that Trump’s son-in-law Jared Kushner can nudge bin Salman—whom he’s hailed as a “change agent”—toward better behavior. Above all, the White House can no longer trust the Saudi government to conduct a fair and thorough investigation of Khashoggi’s murder, and it should not rule out the inconvenient possibility that the crown prince himself was involved.

As Sen. Bernie Sanders recently argued, “The time is long overdue for us to reevaluate the U.S.-Saudi relationship and ask whether it’s actually advancing our interests and values.” It shouldn’t have taken the murder of a journalist to make this apparent. Now that it has, the U.S. government cannot content itself with the token sanctions on bin Salman’s henchmen announced by the State Department. It is time to reconsider the alliance itself.