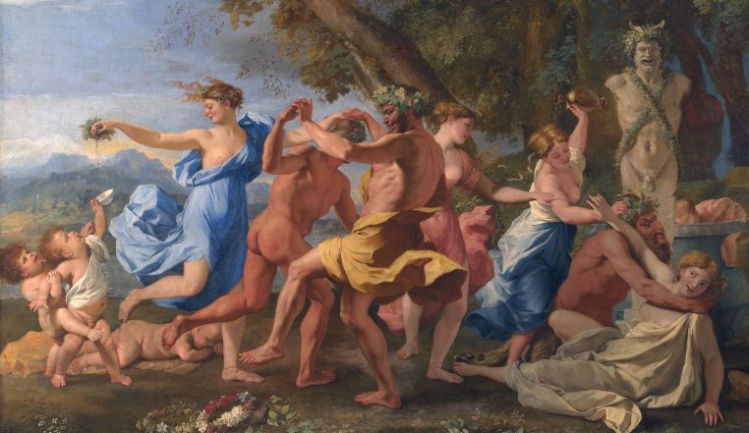 For a long time, the problem was pregnancy, which set sharp limits to the idea of sex as unalloyed pleasure. But then came what John Updike labeled the “post-pill paradise” and, as Philip Larkin noted, sometime around 1963, “sexual intercourse began.” But the paradise—if it ever existed—is now long gone, and sex is once again a center of anxiety and accusation.

To our credit, the unwed mother is no longer the primary figure of sexual shame (and, for better or worse, even most Catholics have rejected the traditional teaching that sex outside of marriage is always immoral). The onus has crossed the gender-line, and the primary object of condemnation is the (male) rapist. Rapes, moreover, are now recognized as not just the acts of violent criminals lurking in dark alleys or breaking into homes. Rapists are more likely to be bosses, coworkers, friends, lovers, or husbands. And the category of sexual harassment now includes everything from rape narrowly defined to almost any form of unwanted sexual attention.

In this new sexual ethics, consent is the central category, if not the only category. Rape and other forms of sexual harassment mean that a victim has not consented. But consent can be difficult to pin down. Is an explicit agreement required at each successive stage of sexual activity? Is there such a thing as a coy or flirtatious “no”? What degree of intoxication makes consent impossible? Can sex with employers, teachers, and other authority figures ever be truly consensual? The joyous freedom of the sexual revolution drowns in a sea of anxious legalisms.

Simple solutions beckon, some better than others: “men just need to understand that ‘no’ means no”; “if women don’t want to be hit on, they shouldn’t dress like prostitutes.” But our sexuality is seldom simple. “I love you but we shouldn’t” might mean either “No” or “Kiss me and we’ll see.” Clothes that say, “I’m sexy” shouldn’t be taken to mean “I want to have sex with you.” We may desire what we don’t want to desire, or want to desire what we don’t desire. There is simple, practical advice we can and should give about how to avoid being a victim or a perpetrator of sexual assault. But subtleties, complications, and surprises are what make sex so exciting, so human—and so impossible to govern by inflexible rules.

We do, however, need an ethics of sexuality, and the starting point should be the realization that sex is not “fun.” It’s not, that is, an enjoyable activity that we can safely detach from things that really matter. Sex isn’t like telling a joke, drinking good wine, or watching a basketball game. It’s not just that sex is more intense; it also taps emotional and moral depths that ordinary pleasures don’t. Core human values such as love, respect, and self-identity are always in play. “Casual sex” is a dangerous illusion. Sex is a problem for us mainly because we conflate it with fun. Look at college life—the post-pill paradise so many adolescents long for. Going to a football game and getting drunk are “fun,” and the sex that follows is the icing on the cake. In another social milieu, a nice dinner, an interesting movie, and some great sex add up to a fun evening.

The intimate role of alcohol (or other drugs) in our sex lives deserves special notice. It’s no accident that bars are prime venues for finding sexual partners. College students smile knowingly at a shirt that says “Drink until he’s cute.” It’s not just that we regard drinking and sex as two points on the continuum of fun. Getting drunk is a preferred method of removing ingrained emotional and moral obstacles to the fun of sex. In a culture where people get drunk precisely in order to have sex, questions of consent can become very complex.

THIS IS NO APOLOGY for despicable behavior. “No” does mean no, and sex with someone too drunk to say no is rape. But there is a disastrous misfit between a sexual ethics of consent and our popular culture’s view of sex as the ultimate innocuous fun, a delight available on demand to those not burdened with unnecessary moral baggage. If sex isn’t serious—if it’s just meaningless fun—then why should anyone hold back? Viewed this way, ignoring your “no” is pretty much like teasing you into riding a rollercoaster or pushing you into a swimming pool. If we really think non-consensual sex is seriously wrong, we need to start treating consensual sex as a serious choice, not just a good time.

It’s not that our culture of casual sex has no room for love. Love is often the ultimate hope of those looking for sex at parties or bars. In the standard euphemism, sex is “making love”—a phrase that suggests not a full blossoming of the real thing, but an initial budding. But starting with sex and hoping for true love is an improbable fantasy. The most we’re likely to get is a transitory thrill. Camus’ Don Juan sums up the attitude when his latest (too optimistic) conquest exclaims, “At last, I have given you love!” He shrugs and says, “Not at last, but once again.” If sex is for fun, there’s nothing more to say. But when it follows love, sex becomes an eloquent expression of deep, intense, and enduring delight.

An ethics of sexual commitment cannot be just another set of rules. The pages of definitions and restrictions we now find in college codes of conduct sadly recall the old Catholic manuals of moral theology, precisely defining each species and degree of sexual sin. Neither exercise could solve the underlying problem of a misguided conception of sexuality, whether a limitation of sex to marital procreation or a reduction of sex to a freely chosen form of entertainment. A full ethics of sexual commitment would require an intellectually and emotionally satisfying understanding of love—something like what Plato, for his time, sought in the Symposium. Short of that utopian hope, we can at least set ourselves to question and resist the popular culture and social practices that reduce sex to fun.