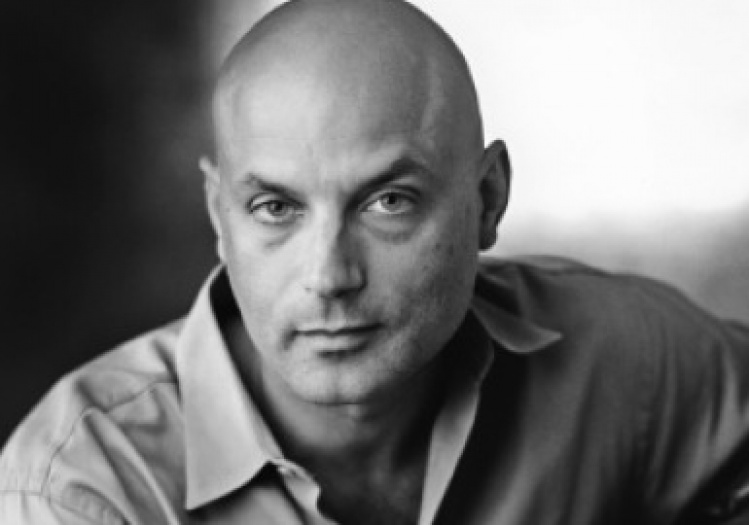 In his play The Frogs, Aristophanes imagines Aeschylus and Euripides meeting in Hades and arguing about which of them is the greater poet. Aeschylus claims to present noble ideals to which his audience can aspire; Euripides, to present a democratic view of his audience as they really are. The two settle their dispute by weighing their collected works. Aeschylus wins because his plays are physically heavier, not because they are more beautiful. His reward is to return to the land of the living.

Here Aristophanes treats literary comparisons—and perhaps all criticism—as little more than a joke. But his contemporary Aristotle thought criticism very serious indeed. In his Poetics, he carefully defines literary genres and methods and compares poets and their works on the basis of their themes and technical skill. Aristotle is more exacting, Aristophanes more fun. Good criticism needs to be both.

Daniel Mendelsohn, who is both a classical scholar and a critic, is no stranger to either Aristophanes or Aristotle. And there is a hint of both in a piece called “A Critic’s Manifesto,” which he wrote for the New Yorker’s website. “All criticism,” he writes, “is based on the equation: knowledge + taste = meaningful judgment.” For a critic to be knowledgeable, he must be able to place the work he’s discussing in its proper context, and this context might include the other works the author has written (or composed or directed), the works that have influenced the author, and the work’s historical circumstances. So far, so Aristotle. Yet knowledge itself is not enough. The critic must also have “taste,” which Mendelsohn defines as the critic’s ability to give his “judgment authority in the eyes of other people, people who are not experts.” Aristophanes’s comparison of Aeschylus and Euripides may be ridiculous, but his presentation draws people in. The critic, then, is the person who, “when his knowledge [is] operated on by his taste in the presence of some new example of the genre he’s interested in…hungers to make sense of that new thing, to analyze it, interpret it, make it mean something.”

Mendelsohn’s definition both expands and contracts the numbers of people who are critics. Those who rave about a favorite book are not critics unless they bring a wider knowledge to bear on their reactions. A Jane Austen scholar whose interest in the novels seems to begin and end with their relationship to the Napoleonic wars is not a critic, because his or her taste is either not engaged at all or engaged in a way that will interest only fellow scholars. When we think about criticism in this way, we see how rare and valuable it is.

A good critic is distinguished partly by the range of his curiosity. Mendelsohn told Interview magazine, “In graduate school, to the horror of my fellow graduate students, I used to get Interview, W, House & Garden, Architectural Digest. My thought was, beauty is beauty. If you’re interested in a beautiful Sophoclean drama, shouldn’t the same impulse make you want to appreciate a beautiful slipper chair? I was interested in all kinds of things, whether it be Avatar, Mad Men, Troy, 300, Battlestar Galactica, or the poems of Horace and Sappho.” The academy rewards careful work on specific topics. One’s books and articles must build on previous scholars’ arguments. The standards of scholarship, especially classical scholarship, do not often allow for the sort of range that Mendelsohn’s essays evince. But if readers are grateful that Mendelsohn decided to turn his attention to criticism, they should also acknowledge that his criticism benefits from the scholarly training he brings to it.

In Waiting for the Barbarians: Essays from Classics to Pop Culture, Mendelsohn has collected essays originally published for the New York Review of Books, the New Yorker, and the New York Times. His range is impressive: there are reviews of movies, plays, and television shows; of new translations of Greek and Roman classics; of classic novels and new memoirs. Mendelsohn has made me rethink works I had previously written off (for example, James Cameron’s Avatar) and made me reconsider works I had previously enjoyed (for example, Anne Carson’s introduction to, and translation of, Sappho’s poems).

Mendelsohn’s essay on Herodotus, originally published in the New Yorker, is a good example of how his knowledge and taste combine to form something the general reader will find both instructive and interesting. The occasion of the essay was the publications of Andrea L. Purvis’s The Landmark Herodotus, a new translation of Herodotus’s Histories that includes footnotes, maps, charts, and illustrations. But Mendelsohn does far more than review the volume at hand. Yes, he compares Purvis’s translation unfavorably to previous ones. And yes, he offers important historical background to Herodotus’s world and vision. Perhaps not every classicist could do this, though many could. But Mendelsohn also argues for Herodotus’s contemporary relevance. He sees Herodotus’s scope in light of Tolstoy’s War and Peace; he understands Herodotus’s style in light of David Foster Wallace. Finally, he points out that if we read Herodotus carefully—as carefully as he deserves to be read—we won’t be surprised to see a superpower losing its way when it becomes embroiled in a drawn-out war in a distant land.

Mendelsohn’s essays remind us that all good criticism is personal. Unlike the literary critic James Wood, whose critical north star is the great nineteenth-century realist novel, Mendelsohn lacks a single fixed point of reference: he is a critic without a neat criterion. Instead, each essay works out its own set of criteria. This is in part because, as Mendelsohn notes in his brief introduction, many of the essays deal with what he calls “the reality problem” in contemporary art, which is “how the extraordinary blurring between reality and artifice that has been made possible by new technologies makes itself felt not only in our entertainments…but in the way we think about, and conduct, our lives.” And Mendelsohn stays true to this assessment: his reviews—whether of Julie Taymor’s Spider-Man, Stephen Mitchell’s Iliad, or Alan Hollinghurst’s The Stranger’s Child—explore how the director or translator or novelist creates a world, and how he, Mendelsohn, has tried to inhabit that world, if only briefly.

One such world is the offices of Mad Men’s advertising agency Sterling Cooper Draper Pryce. Mendelsohn throws some cold water on the feverish hype that has surrounded the show. He argues that even though Mad Men pretends to be exploring important social issues, the result is more often melodrama than drama. The people who watch the show every week—and to whom a new generation of marketing executives peddle everything from suits to beer to cars—would have been children during the 1960s. Do they take delight in viewing the mistakes their parents or grandparents made? Do they presume to forgive their transgressions? Mendelsohn leaves us to answer that for ourselves.

Mendelsohn has written about how as a teenager growing up on Long Island, he eagerly awaited the delivery of the New Yorker to his house. When the magazine came, he would first turn to the back of the book to see what the magazine’s critics had to say. Mendelsohn’s true gift as a critic is that he puts us, whatever our age, in his position as a teenager. We are old enough to want to develop our tastes, and to see such development as important, but we have not reached the age where we are self-conscious about what we think is beautiful or interesting. We look for vocabularies to shape our inchoate thoughts into organized ideas. At its best, of course, that’s what criticism provides. And Mendelsohn’s essays are criticism at its best. Reading them took me back to the excitement I felt as a teenager (also on Long Island), reading magazines and thinking that I, too, could one day take part in these conversations that began long before me. I knew they were serious, but they also looked like fun—and the seriousness was part of the fun: the rigor of Aristotle combined with the excitement of Aristophanes.

Scott D. Moringiello is an associate professor of Catholic Studies at DePaul University.

Please email comments to l[email protected] and join the conversation on our Facebook page.