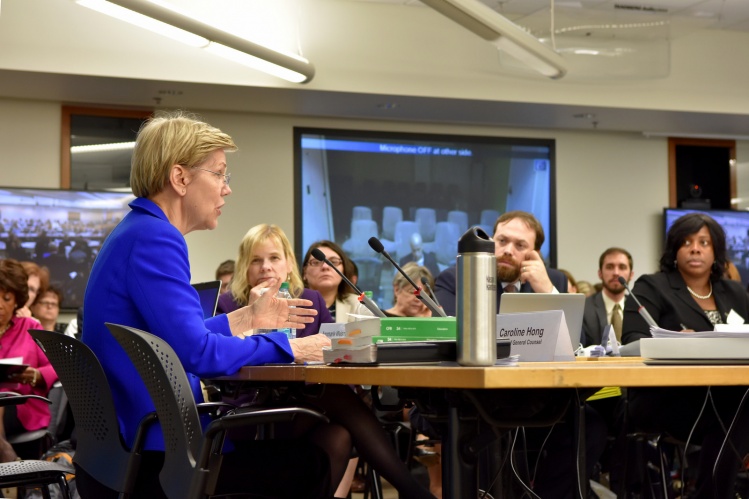 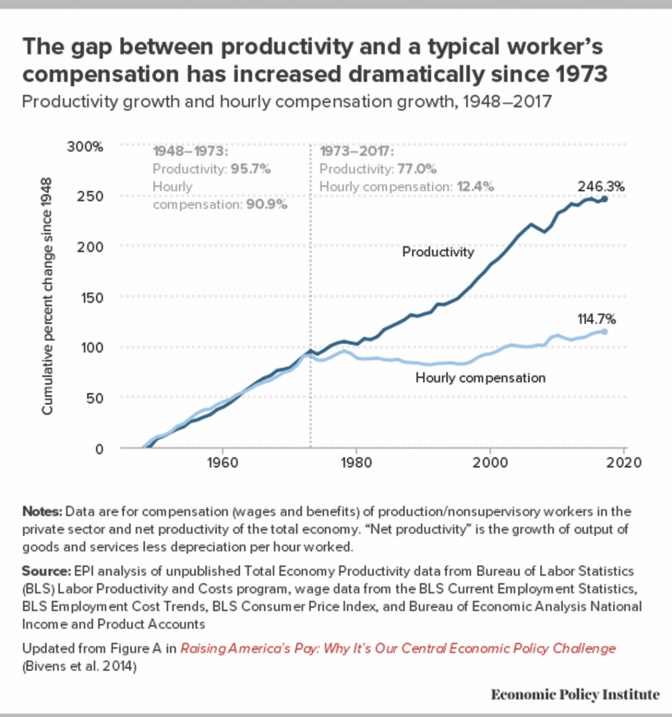 The two charts here capture the sad and bedraggled state of our union. Since 1980 or so, we have endured a kind of Downton Abbey in reverse. Rather than empowering the middle classes, the top 2 percent of earners are sucking the vitality out of the country. Within just the past few weeks, we have discovered yet another symptom of this: the school-admissions scandal—millions of dollars paid to assure that a favorite child will be guaranteed a spot at a top university—just as the sons of the upper classes were assured of a place in the Etons and Harrows of Edwardian England.

As the charts make clear, the bosses are in charge of the economy. They’re breaking unions and skimping on overtime. They’ve been making boffo profits but they’re distributing them to their stockholders and executives. They may be hiring again, but the workers’ paychecks are still pretty thin.

Enter Massachusetts Senator Elizabeth Warren, backed by a crack team of economists, with a fresh look at the problem and a bold proposal: a wealth tax. Wealth taxes have a bad reputation. They are hard to administer and manpower-intensive. But Warren’s proposal is intriguing. She proposes a wealth tax of 2 percent that kicks in when a fortune passes $50 million, with a step-up to 3 percent on wealth over $1 billion.

That is a very narrow target—only about 75,000 to 80,000 households, ensuring that only the truly wealthy will be affected. That should simplify administration, although the wealth-tax examiners will have to be drawn from an elite corps. Experience in other countries also suggests that there should be no exempted assets, for it would be too easy for a smart lawyer to ring-fence whole classes of assets from the clutches of the taxman. 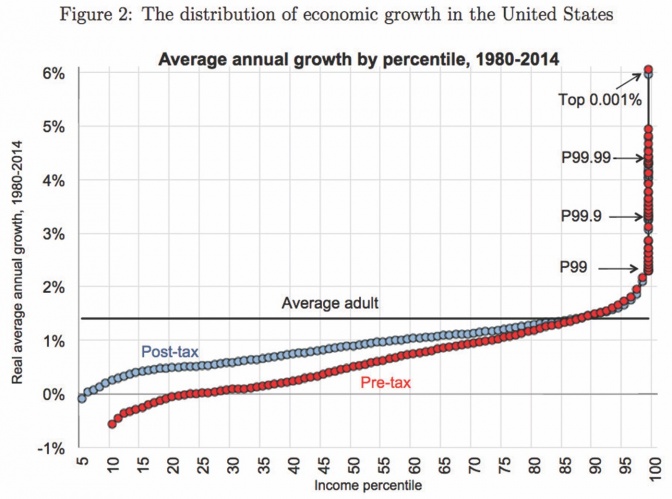 Cheating would be rife—it’s the plague of wealth taxes—but focusing on only the richest households would help a lot, and over time, the agents and the family accountants would get accustomed to each other and their portfolios. The IRS also has a strong set of tools for dealing with recalcitrant taxpayers. The 2010 Foreign Account Tax Compliance Act (FATCA) requires foreign financial institutions to report all overseas financial accounts to the IRS. Of course, a die-hard taxpayer could renounce his citizenship, and legally take his money overseas. Current U.S. law would subject him to a penalty of up to $2 million. Warren suggests that be raised to 40 percent of the proven wealth holdings.

This is quite possibly just a blue-sky fantasy. But it is true that the United States allows its citizens to get away with one of the lowest all-tax burdens in the developed world. (You can look it up.) And the very rich pay possibly the least in the developed world. Just ask Warren Buffett, who says he usually pays at a lower tax rate than his secretary does.

Warren’s plan is well thought-out, would possibly produce truckloads of revenue, and might start to rectify the glaring privilege unveiled by the college-admissions scandal. And nothing like that will happen without a thorough kick-in-the-butt for the current administration.

Finally, there is what Alfred Hitchcock called a “McGuffin”—a random event or condition that drastically changes the scenario. In this case, it is that a wealth tax may be unconstitutional. The question turns on two provisions. The first, in the original document, requires a census to impose a new federal tax. The second is the Sixteenth Amendment, which permits an income tax but not a wealth tax. What would the courts say? We may get a chance to find out.