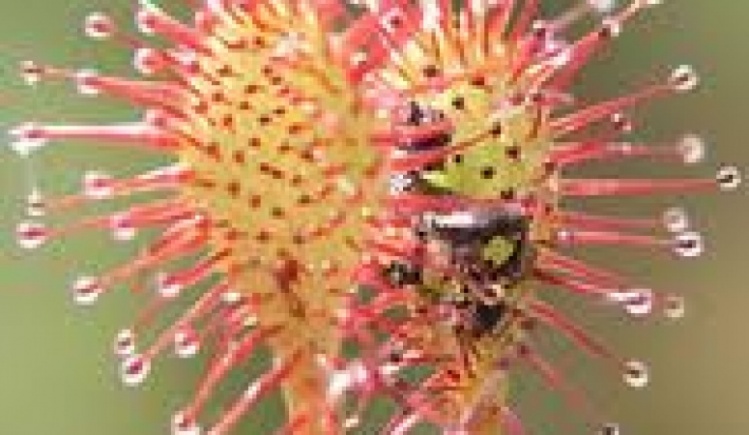 Few modern poets loved the world so fiercely, or looked at it so closely, as Amy Clampitt. Her best poems express an ecstatic delight in perception, giving the sense that the world is more than we thought it was—more beautiful and more terrifying, more astounding in its intricacy and more startling in its sublimity.

Clampitt comes in the line of writers like John Keats (one of her favorites), Emily Dickinson (another favorite), and Marilynne Robinson. All of these writers are both visionary and realist: in fact, their sense of the visionary—that which exceeds the everyday—is arrived at by way of the realistic, through a commitment to seeing the world in its absolute and wondrous particularity.

Here, for instance, is “The Sun Underfoot Among the Sundews,” which appeared in Clampitt’s 1983 debut collection The Kingfisher:

An ingenuity too astonishing

to be quite fortuitous is

this bog full of sundews, sphagnum-

Down and you’re into it; a

Wilderness swallows you up:

ankle-, then knee-, then midriff-

you’ll never get out of here.

among the sundews, down there,

is so bright, an underfoot

a star-swarm thick as the gnats

afire with sunlight, a million

of them and again a million,

each mirror a trap set to

a First Cause said once, “Let there

be sundew,” and there were, or they’ve

made their way here unaided

other than by that backhand, round-

about refusal to assume responsibility

underfoot is so dazzling

down there among the sundews,

there is so much light

in the cup that, looking,

you start to fall upward.

The poem is about a plant that is both lovely (see the accompanying image) and violent (the carnivorous sundew lives in part by luring and feasting upon unsuspecting insects), and Clampitt refuses to look away either from the loveliness or the violence. To look at the natural world with real attention, Clampitt suggests, is to find it “astonishing,” “delectable,” and “dazzling”—in short, it is to be reminded that the world exceeds our best efforts to understand it.

Clampitt isn't read nearly as much as she should be. Here is a link with some other poems, all worth reading.