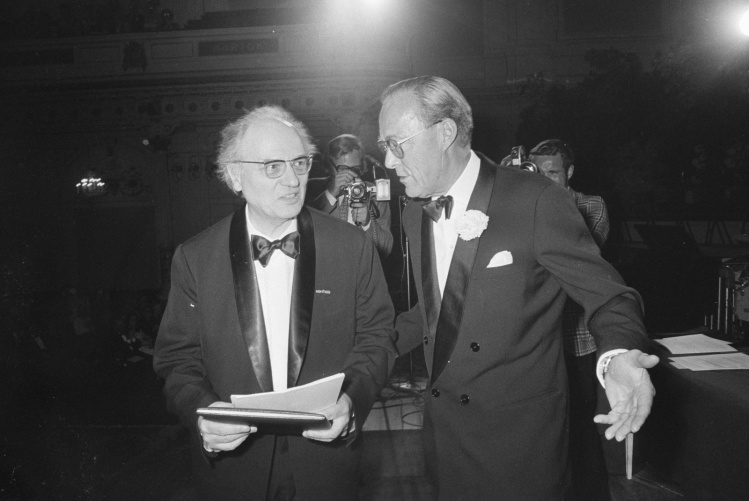 Among the many 2020 events curtailed, canceled, or postponed were those commemorating the anniversary of the end of World War II in Europe. On May 8, 1945, Germany’s unconditional surrender was met with celebrations that have since been repeated annually on Victory in Europe (VE) Day. Because of the pandemic, special events planned for this year’s seventy-fifth VE Day had to be scaled down. 1945 commemorations were yet another of this year’s losses.

Before the year ends, it seems worth recalling a much smaller yet related seventy-fifth anniversary. A little more than two weeks before the first VE Day, on April 21, 1945, Olivier Messiaen’s Three Small Liturgies of the Divine Presence (Trois petites Liturgies de la Présence Divine) had premiered. In the decades since then it has become difficult to hear this rarely performed work, but new online resources are changing this. Several performances are available on YouTube, including one recorded earlier this year (just prior to the pandemic) with Kent Nagano conducting the Orchestre Philharmonique de Radio France and women’s chorus. You can also listen to a recording synchronized with the published musical score. Finally, archived online performance notes from the Princeton Symphony Orchestra (2002) put an English translation within easy reach. At age seventy-five, the Three Small Liturgies has never been so readily accessible.

Messiaen himself wrote the text for the piece, an ecstatic extended meditation on divine immanence. The first liturgy, “Antiphon of the Interior Conversation (God present in us),” evokes an intimate conversation between the individual and the person of Jesus. The women’s chorus sings, “My Jesus, my silence, remain in me. / My Jesus, my kingdom of silence, speak in me. / My Jesus, night of rainbow and silence, / Pray in me.” This profoundly personal exchange looks back four years earlier to Messiaen’s Quartet for the End of Time (1941), which premiered during his captivity in a German prisoner-of-war camp. Messiaen anchored the work with two evocative meditations, sensually passionate to the point of heartbreak: “Praise to the Eternity of Jesus” (the fifth movement) and “Praise to the Immortality of Jesus” (the eighth and concluding movement).

At age seventy-five, the “Three Small Liturgies” has never been so readily accessible.
sharetweet

The second liturgy, the “Sequence of the Word, Divine Canticle (God present within himself),” expands the scope from the personal Jesus to the divine Word with an opening evocation of the Ascension: “The Beloved has gone, it is for us! / The Beloved has ascended, it is for us!” The Word’s transcendence is juxtaposed with an all-embracing immanence. simultaneously present in the microscopic and the cosmic, in matter and spirit, in liquid and fire: “Present in the blood of the soul, soul-breathing star.” This surreal image points ahead to one of Messiaen’s most popular compositions, “The Joy of the Blood of the Stars” in the Turangalîla Symphony (1948), premiered four years later by the Boston Symphony Orchestra with Leonard Bernstein conducting.

The third liturgy, “Psalmody of the Ubiquity through Love (God present in all things),” is a wild sprawling piece in whose text Messiaen was able to explore several of his interests: the theology of Thomas Aquinas (“Whole in all places, whole in each place, / Bestowing being upon each place”); the Song of Songs (“Place yourself like a seal on my heart”); the philosophy of Henri Bergson and the nature of time (“Time of man and of the planet, / Time of the mountain and of the insect”); the planets and stars (“Present in the movement of Arcturus, / [Blind sash around Saturn]”); synesthesia (“Violet-yellow, vision, / White-out, subtlety”); the Book of Revelation (“But the raiment washed in the Blood of the Lamb”); and so much more. This effusion aims at conveying the paradox of immanence and transcendence, the many and the one: “You are close, you are distant, / You are the light and the darkness, / You are so complex and so simple, / You are infinitely simple.”

Messiaen had already explored the theme of divine immanence exactly one decade earlier in The Nativity of the Lord (1935). This suite for the organ concluded with a tour de force entitled “God Among Us” (Dieu parmi nous). Ten years later, Messiaen’s Three Small Liturgies expanded the mystery of divine immanence beyond Christmas with even more exuberance, insisting on God’s radical presence in our everyday historical world of space and time.

In the final weary days of war in Europe, however, this effusiveness of Three Small Liturgies was not well received. Critics charged that Messiaen’s music was not appropriate for the devout nature of his text. There was, they insisted, too much “sensuality” in music that instead should have been “religious”—as if the category “religious” implied austerity. One critic wrote that “to judge by the title and the words, the spirit of this work ought to be religious, but the music does not lead us to a mood of contemplation owing to its multifariousness: meditation is followed by jazzy uproar, and that in turn by easy-on-the-ear passages, often reminding us of a charming operetta finale.” Another critic famously described the Liturgies as “a work of tinsel, false magnificence and pseudo-mysticism...looking about anxiously like an angel wearing lipstick.”

A critic famously described the “Liturgies” as “a work of tinsel...looking about anxiously like an angel wearing lipstick.”
sharetweet

A half-century later, looking back at the scandal, one musicologist observed, “Today’s listeners must feel only astonishment and be at a loss to explain the violent and often offensive remarks provoked by the first performance of the Trois petites Liturgies.” Perhaps—though it is worth trying to imagine what it might have been like to hear this work for the first time amid the wreckage and trauma of world war. Paris had only recently been liberated from Nazi occupation in August 1944. France’s post-liberation purification (épuration) of collaborators was already well underway, as the whole country tried to come to terms with what the four years of the Vichy regime meant for France’s identity. One of the most vivid representations of this “purification” was the humiliating public shaving of the heads of women (les femme tondues) charged with having had sexual liaisons with occupiers. Even in the best of times, Messiaen’s bold claims about divine immanence would have been a challenge for his audience. And these were not the best of times.

Seventy-five years later, we listen to Messiaen’s Three Small Liturgies in yet another raw context—Christmastide amid a pandemic. It is an experience that can be at once comforting and—using a term for which Messiaen had great affection—terrible. Karl Rahner stated the paradox with characteristic succinctness. “It is both terrible and comforting to dwell in the inconceivable nearness of God, and so to be loved by God that the first and last gift is infinity and inconceivability itself. But we have no choice. God is with us.” Dieu parmi nous. Emmanuel.

Stephen Schloesser, SJ, is professor of History at Loyola University Chicago. He is the author of Visions of Amen: The Early Life and Music of Olivier Messiaen (Eerdmans); and Jazz Age Catholicism: Mystic Modernism in Postwar Paris, 1919–1933 (University of Toronto Press). 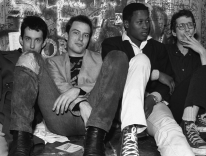