In the Ruins of New York 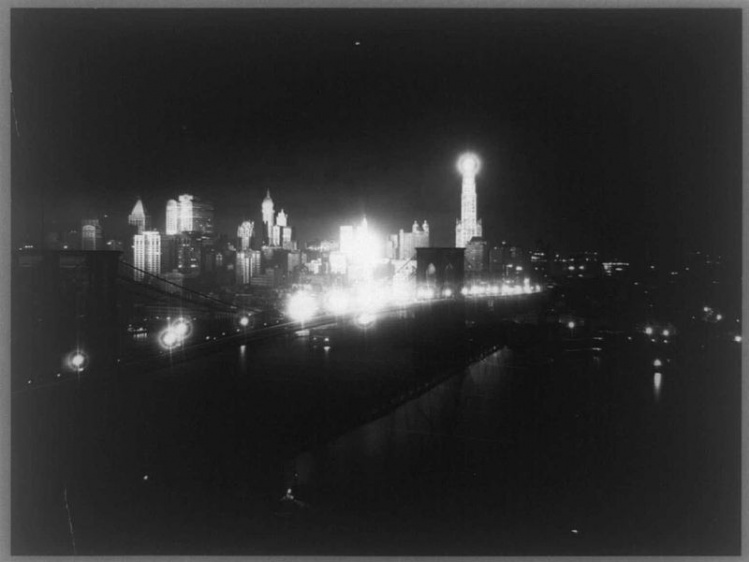 [This poem first appeared in the June, 1947 issue of Commonweal]

The moon is paler than an actress.
We have seen her mourning in the brown ivy
Of the dendric bridges—
In the brown, broken ivy
That loves but a span of air,
The moon is paler than an actress, and she weeps for
you, New York,
Seeking to see you through the tattered bridges,
Leaning down to catch the sham brass
Of your sophisticated voice:
Whose songs are heard no more.

Oh how quiet it is after the black night
When flames out of the cloud burned down your cariated
teeth,
And when those lightnings
Lancing the black boils of Harlem and the Bronx,|
Spilled the remaining prisoners,
(The tens and twenties of the living)
Into the trees of Jersey,
To the green farms, to find their liberty.

How are they down, how have they fallen down
Those great strong towers of ice and steel ?
And melted by what terror and what miracle?
What fires and lights tore down,
With the white anger of their sudden accusation,
Those towers of silver and of steel?

You whose streets grew up on trellisses
With roots in Bowling Green and tap-roots in the
Upper Bay:
How are you stripped, now, to your skeleton?
What has become of your live and dead flesh?
Where is the shimmer of your bawdy leaves?

Oh, where your children on the evening of your final
Sunday
Gunned after one another in the shadows of the Para-
mount,
The ashes of the leveled towers still curl with tufts
of smoke
And veil your obsequies in their incinerating haze,
And write, in embers, this your epitaph:

"This was the city
That dressed herself in paper money.
She lived four hundred years
With nickels running through her veins.
She loved the waters of the seven purple seas,
And burned on her own green harbor
Higher and whiter than every any Tyre.
She was as callous as a taxi.
Her high-heeled eyes were sometimes blue as gin,

And she nailed them, all the days of her life,
Through the hearts of her five million poor.
And now she has died in the terrors of a sudden con-
templation
–Drowned in the waters of her own, her poisoned well."

Can we console you, stars,
For the so long survival of such wickedness?
Tomorrow and the day after
Grasses and flowers will grow
Upon the bosom of Manhattan.
And soon the branches of the hickory and sycamore
Will wave where all those dirty windows were—
Ivy and the wild-grape vine
Will tear those old walls down,
Burying the brownstone fronts in freshness and fragrant
flowers,
And the wild-rose and the crab-apple tree
Will bloom in all those silent mid-town dells.

There shall be doves' nests, and hives of bees
In the cliffs of the ancient apartments,
And birds shall sing in the sunny hawthorns, where was
once Park Avenue.
And where Grand Central was shall be a little hill
Clustered with sweet, dark pine.

Will there be some farmer, think you,
Clearing a place in the woods,
Planting an acre of bannering corn
On the heights above Harlem Forest?
Will hunters come explore
The virgin glades of Broadway for the lynx and deer?
Or will some hermit, hiding in the birches, build himself
a cell
With the stones of the City Hall,
When all the caved-in subways turn to streams
And creeks of fish,
Flowing in sun and silence to the reedy Battery?

But now the moon is paler than a statue.
She reaches out and hangs her lamp
In the iron trees of this destroyed Hesperides.
And by that light, under the caves that once were banks
and theaters,
The hairy ones come out and play—
And we believe we hear the singing of the manticores
Echo along the rocks of Wall and Pine:

And we are frozen in fear, and muter than the upside
down stars
That limp in the lame waters,
Muter than the mother-moon, who, white as death,
Flies and escapes across the wastes of Jersey.

Elegy for A Trappist 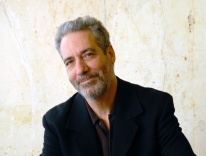