‘The Romanoffs’
By Celia Wren
Television 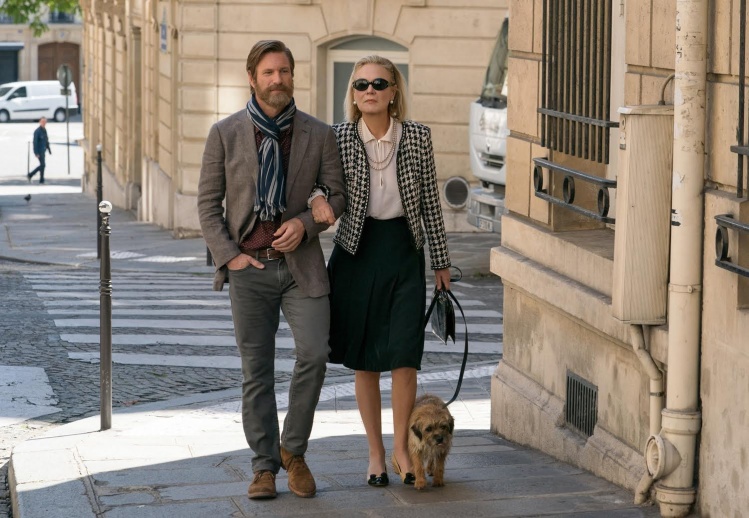 You have to admire the premise of The Romanoffs, the ham-fisted new Amazon series by Mad Men creator Matthew Weiner. Each of the episodes involves a contemporary person, or people, claiming to be descended from Russia’s last royal family, who were murdered by the Bolsheviks in 1918. This conceit combines great narrative flexibility with the potential to tap into evergreen human concerns: fear of death, anxiety about the path of history, concern with legacy and remembrance, and the feeling each of us has that, in some way, we stand out from the crowd. Unfortunately, the writing in most episodes of The Romanoffs is so maladroit, and the characters are so unpersuasive, that the series is painful to watch.

And then there’s the awkward timing: The Romanoffs is appearing at a time when democracy is experiencing setbacks around the world, and some political leaders are cultivating nostalgia for autocracies of the past. Jair Bolsonaro, the new president of Brazil, has openly pined for the years of his own country’s dictatorship. These real-world developments cast a harsh light on the Amazon show’s slight but perceptible romanticization of the Tsarist legacy. Admittedly, this is in keeping with the century-old public fascination with the Romanovs’ fate and afterlife. Hence the success of Anastasia, which was based on the legend that one of the Tsar’s children survived the massacre.

That apocryphal story gets a nod in the Amazon series’s credit sequence—surely one of the worst in the history of television. After a gratuitously literal opening that depicts the family’s murder, with blood trickling past photos on the floor, the credit sequence shows a young woman fleeing through a forest, before exiting a subway into a modern city. The blue cloak and hood the woman wears in the forest give her the appearance of a fairy-tale figure.

If the plotting of The Romanoffs is often preposterous, so too is the dialogue.
sharetweet

That fairy-tale touch is emblematic of a series that often seems cluelessly detached from how real people behave. For instance, in the wholly unconvincing first episode, “The Violet Hour,” a hard-working, hijab-wearing French nursing student (Inès Melab) throws her career to the winds when she impulsively goes to bed with an American slacker (Aaron Eckhart); the improbable pair end up living blissfully in a palatial Paris apartment. In “Panorama,” set in Mexico City, a journalist (Juan Pablo Castañeda) puts a scoop on hold to hang out with an American woman (Radha Mitchell) he has just met; he ultimately finds himself in mystical communion with Mexico’s past.

If the plotting is often preposterous, so too is the dialogue. In the belabored episode “Expectation,” a middle-aged limousine liberal (Amanda Peet) and her smug conservative daughter (Emily Rudd) have an argument that summarizes their philosophies in an absurdly blunt manner. The mother says, “You’re a throwback!...You gave everything up to be some, I’ll just say it, rich housewife!...  I don’t know how I raised someone who thought it was better to be comfortable than to be her own person!” And so on. Like many of the characters in this series, these two women register as artificial constructs, and the conversation underscores the contrivance.

The blithe disregard for truth is all the more striking given the near anthropological level of detail that distinguished Mad Men. It’s as though, weary of the fact-gathering Mad Men required, Weiner decided to throw all authorial discipline to the winds and just make stuff up, while indulging in expensive photo shoots (shots of Paris streets, Cossack dance routines on a cruise ship, a Mexico City square prowled by Frida Kahlo).

To be fair, the penultimate episode of The Romanoffs, “End of the Line,” about an American couple’s adoption saga, is painstakingly observed and sometimes stirring. But the standout episode in the series is “House of Special Purpose,” an unsettling, atmospheric, compellingly unpredictable ghost story set during the filming of a television miniseries about the Romanovs. During the shoot, the grisly fate of Tsar Nicholas and his family manifests itself in eerie phenomena that affect a famous actress named Olivia (Christina Hendricks) and her domineering director (Isabelle Huppert), among others.

That episode, written by Weiner and Mary Sweeney, is successful in part because it portrays the loneliness, discomfort, and interpersonal awkwardness that plague Olivia while she’s on location. You get the sense that “House of Special Purpose” draws on the creators’ deep familiarity with the TV-making process. This episode may boast sensational horror-tale trappings, but it’s based on hard-won knowledge. And, unlike much of the series, it rings true.