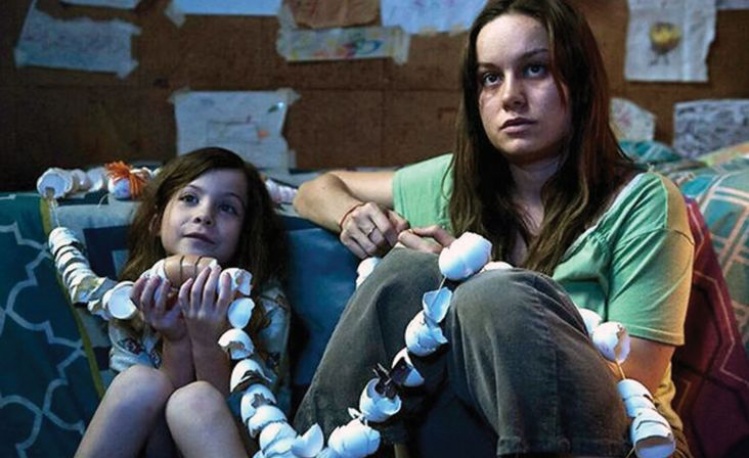 Psycho-stalker horror and the quiet drama of family relationships might seem to be incompatible genres, but Emma Donoghue married them successfully in her novel Room, the story of a young woman, Joy, abducted by a maniac and imprisoned in his electronically sealed garden shed for seven years. Recurrently raped, she bears two children; the first one dies, the second becomes her only comfort. In the book’s second half (since Room isn’t a conventional thriller, I’ll hazard a spoiler), Joy is restored to her family and faces the subtler torment of post-traumatic depression while the five-year-old Jack discovers a world he never knew existed.

What sets the novel’s first half apart from the usual woman-in-peril commercial thriller is its first-person narration by the child, a dazzling feat of literary ventriloquism. To preserve Jack from the misery and boredom she feels so intensely, Joy has told him that the shed is no prison but the entire world, that the images on the TV their captor allows them are sheer fantasy, and that their captor, dubbed “Old Nick,” may not be a friend, yet magically purveys food and other goods from the incomprehensible nowhere outside. So, seen through Jack’s eyes, the shed is a kind of Wonderland in which each object—Plant, Table, Chair, Sink, Bed—is a virtual personage. Jack calls the shed, simply, “Room.” The scenario brings to mind two very different literary masterpieces: Margaret Wise Brown’s bedtime classic Goodnight, Moon, and Plato’s Republic, with its cave dwellers ignorant of the outside world. Jack enjoys this microcosm, and Donoghue pulls off the Jamesian trick (as in What Maisie Knew) of having us perceive the mother’s torment through Jack’s eyes even though the mainly happy child can’t understand why “Ma” is miserable.

The book’s second half is just as absorbing as the first but necessarily less of a virtuosic stunt, since we are back in the outside world. Everyday objects have been restored to their ordinariness; “Ma,” who was an earth mother in the shed (still breastfeeding her son in his fifth year), is once again a vulnerable young woman trying to adjust to new realities—her own mother’s divorce and new love life, the predatory disruptions of the interview-seeking media, her gnawing doubt about whether deceiving her son was the right strategy. The central drama here is taking place in Joy’s mind, and Donoghue is again successful in conveying it through a five-year-old’s perceptions. But Jack is no longer the inhabitant of the land called Room; he is now an increasingly ordinary kid trying to circumnavigate an ordinary existence. A strange illusion has been replaced with familiar reality, to our moral relief but somewhat to our aesthetic disappointment.

The film adaptation, directed by Lenny Abrahamson from Donoghue’s screenplay, is a work of skill and tact but also displays an interesting shift that says as much about the differences between literature and cinema as it does about the talents involved. The film’s first half, though gripping, doesn’t convey the archetypal feel of the Room of Jack’s imagination. Not familiar with Abrahamson’s earlier work (Room is his fifth feature), I would guess that his strong suit is a mildly impressionistic realism, rather than the fantastic, but consider the problem facing him. It is Joy’s words, working upon Jack’s imagination, that have endowed the shed’s objects with life, but how could we see them the way he does? The director might have resorted to some visual wizardry, but what kind? Animation? Wouldn’t that be too much like the talking teapots in Disney’s Beauty and the Beast? Fiddling with lenses, lights, and shadows? Surely too baroque, too Orson Wellesian. Abrahamson opts for conventional lighting and color and, together with the boy’s off-screen narration, this works well enough, but it lacks the book’s sinister magic.

And surely the director has made a mistake by showing us too much of the abductor in too plain a light. To Jack, this “Old Nick” is only (as he says) “half real.” The poignant moment when Jack crawls out of the cupboard (where Joy puts him whenever she’s about to be raped) and stares at the face of the sleeping criminal—a face that seems too ordinary to belong to such a monster—would have been more effective if we, too, were seeing “Old Nick” clearly for the first time, discovering him as Jack discovers him.

But though the director hasn’t achieved the visual equivalent of Donoghue’s writing, the captivity scenes still work as horrific realism because Danny Cohen’s hand-held camerawork conveys the claustrophobia of the prison. Even more impressive is the way Brie Larson, playing Joy, encompasses the many sides of her character: the desperately loving mother whose son has become her buoy; the still defiant sex slave cunningly organizing escape routes; Jack’s educator and life coach; the former teen whose youth was buried within her by the crime; and, saddest of all, the vital young woman too often overtaken by a lassitude that is nudging her close to madness. The rapport between Larson and the talented, well-directed child actor Jacob Tremblay convinces us that they are really mother and son.

But this movie really takes off in its second half. Abrahamson’s slightly stylized realism works adroitly to convey the physical strangeness of being released into the wide world after long captivity. In fact, the unique mixture of bewilderment, terror, and exhilaration Jack feels during his first encounter with life outside “Room” may well be a compound of emotions never before put on the big screen. As far as I know, this kind of captivity-and-escape has never been filmed before in such a subjective way—and with such a young protagonist. It’s as if one could see the world through the eyes of a newborn but with the mind of an intelligent five-year old. (The similar true story of Kaspar Hauser has been filmed by, among others, Werner Herzog, but none of these movies tried to portray Kaspar’s plight through his own eyes.)

Escaping in the back of the kidnapper’s pickup truck, the child lies flat on his back and looks up at the sky—no longer a patch of blue seen through the tiny skylight of “Room” but a manifold, swiftly coursing ocean above the clouds. Then Abrahamson adds a marvelous touch: still looking up, Jack sees telephone wires. The nature he is seeing for the first time is crisscrossed by urban civilization. Fleeing from the truck, he crashes into a dog walker’s leg. The leg seems as thick as a tree stump; the dog looks as big as a hippo. Jack is like a little Adam opening his eyes in an uncontrollable, whirligig Paradise.

The subsequent scenes of family reunion are nicely done in the novel, though the adult dialogue is a little too well remembered and transcribed by the five-year-old Jack. The movie jettisons the strict subjectivity of the book and lets a superb cast explore the tensions of a shattered family unable to put itself back together as it was before, but gradually assuming a new shape as it heals. Joan Allen, as Joy’s mother, is such a strong actress that she doesn’t need close-ups to rivet our attention. Bill Macy’s wizened fussiness is well employed as the father who can’t rise to the demands of a difficult situation. As the second man in Allen’s life, Tom McCamus is all rumpled sympathy.

A wonderful novel has been made into a worthy movie.