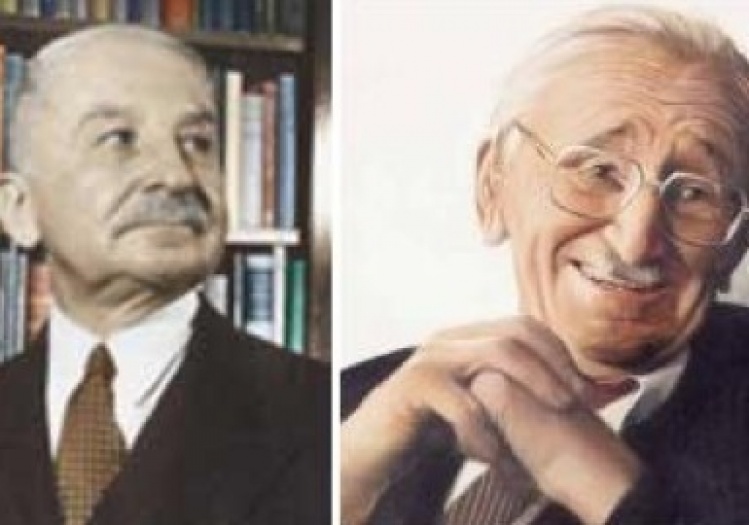 One of my favorite moments during the 2012 Republican presidential contest came when Ron Paul, fresh from his strong showing in Iowa, triumphantly told his supporters: “We’re all Austrians now!”

I imagined many Americans scratching their heads and wondering: Why do we want to be Austrians? They live in a nice country with stunning mountains and all that, but aren’t we perfectly happy to be Americans?

Of course those in the know, particularly Paul’s enthusiasts, understood the libertarian presidential candidate’s reference: that Americans were rejecting the economic ideas of John Maynard Keynes that encouraged government intervention and provided intellectual ballast for the New Deal. Instead, they were coming around to the principles of the anti-government economics of Austrians Friedrich A. Hayek and Ludwig von Mises.

Hayek and Mises perceived little difference between democratic governments that used their power to plan against recessions and dictatorships that did the same thing. In this view, the policies of Franklin Roosevelt led down what Hayek called “The Road to Serfdom” and were thus objectively comparable to those of Hitler or Stalin.

At the time, Paul offered some context for his Austrian journey. He was quoting a supporter who had noted a line attributed to President Richard Nixon that “we’re all Keynesians now.” Paul observed that back then, even Republicans “accepted liberal economics.” Those days are gone.

Paul’s words are worth remembering not only because they are entertaining but also because he has a point. To a remarkable degree, our politics are haunted by the principles of Austrian economics and their sweeping hostility to any actions by government to keep downturns from becoming catastrophes or to promote greater economic fairness.

This is, indeed, an enormous change. When Nixon declared his allegiance to Keynesianism, he was reflecting an insight embraced across partisan lines. Government’s exertions, both during the New Deal and more completely during World War II, helped rescue the American economy from depression.

Postwar Keynesian approaches, including the Marshall Plan, let loose an economic juggernaut across the Western world. Secular and Christian parties of the moderate right and social democratic parties of the moderate left created free societies and regulated market economies that delivered the goods -- literally as well as figuratively -- to tens of millions. (The actual country of Austria, by the way, largely ignored the “Austrian” economists and followed a similar path.)

Those who follow Hayek and Mises would have us forget this history, or rewrite it beyond comprehension. They would also have us overlook that Hayek’s “own historical justification for apolitical market economics was entirely wrong,” as the late Tony Judt put it in Thinking the Twentieth Century, his extraordinary dialogue with his fellow historian Timothy Snyder, published in 2012, after Judt’s death.

Hayek believed, Judt said, that “if you begin with welfare policies of any sort -- directing individuals, taxing for social ends, engineering the outcomes of market relationships -- you will end up with Hitler.”

But to the contrary, postwar initiatives along Keynesian lines are precisely what prevented both the resurgence of fascism and the collapse of Western Europe into communist hands. For that matter, Keynesian steps also kept the whole world from going into a much deeper and more disastrous slide after the financial crisis of 2008.

Yet today’s conservatives are in thrall to Austrian thinking, and this explains a lot of what is going on in Washington. Broadly popular measures such as raising the minimum wage and extending unemployment insurance -- normal, bipartisan legislation during the Keynesian heyday -- are blocked on the assumption that people are better off if the government simply keeps its mitts off the market.

It is now difficult for Congress to pass even the kind of spending that all sides once saw as necessary public investment in transportation, research and education. It’s that “road to serfdom” again: Anything government does beyond enforcing contracts and stopping violence is denounced as the first step of a fox trot toward dictatorship.

So let’s give Ron Paul credit for unmasking the true source of gridlock in Washington: Too many conservatives are operating on the basis of theories that history and practice have discredited. And liberals have been more reluctant than they should be to call the ideological right on this, partly because they never fully got over the shell shock of the Reagan years and also because they have a strange aversion to arguing about theory. When it comes to government policy, the Austrian economists paved the road to paralysis.