There's No Turning Back
By Steven Knepper
Books
Poetry 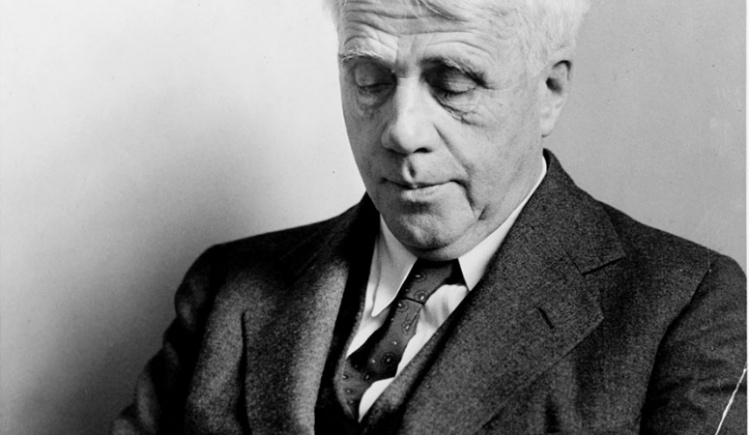 David Orr has written a 180-page book on a twenty-line poem. Robert Frost’s “The Road Not Taken” is not just any poem, though. Orr makes a persuasive case that it is “the most widely read and recalled American poem of the past century.” Written when Frost and his family were living in England, it originally appeared in his 1916 collection Mountain Interval. Nearly one hundred years later, it remains a classroom mainstay and regularly shows up in popular culture.  News stories and self-help books allude to it. It is printed on posters, coffee cups, and refrigerator magnets. TV shows as varied as Taxi and Battlestar Gallactica have drawn on it for episode titles.

Many take the poem as a “paean to triumphant self-assertion,” a classic American affirmation of choosing one’s own road in life. This reading focuses on the poem’s closing lines, which on their own do seem like the stuff of calendars, graduation cards, and inspirational posters:

Two roads diverged in a wood, and I—
I took the one less traveled by,
And that has made all the difference.

As Orr’s subtitle suggests, though, this pervasive reading does not stand up to scrutiny. For the poem undercuts any simple cliché about self-assured decision-making. In earlier stanzas the narrator admits that he didn’t actually see much difference between the two diverging roads. They were both worn “about the same,” and “both that morning equally lay / In leaves no step had trodden black.” Furthermore, the poem is titled “The Road Not Taken,” not, as it is often mistakenly called, “The Road Less Traveled.” Even the closing lines offer what could be read as a hesitation (“I— / I”), one emphasized by the line break, while “difference” makes for a markedly ambiguous final word. Indeed, it is tempting to read “The Road Not Taken” as a critique of the decisive individualism that it is often taken to be celebrating. (The Netflix series Orange Is the New Black offered a revisionist reading along these lines in a 2013 episode.)

Before settling on this approach, though, consider that Frost originally wrote “The Road Not Taken” to poke fun at his friend, the English poet Edward Thomas. During their hikes together Thomas would often regret that he had not taken Frost down a different trail. On this reading, the poem becomes a jab at wistful what-ifs, and we aren’t so far away from where we started—with a vindication of American decisiveness. Still, even if Frost’s relationship with Thomas provided the occasion for “The Road Not Taken,” the poem is not tidily reducible to a joke about second-guessing. The questions it raises about the limits of self-determination are too searching.

ORR, A PROFESSOR at Cornell and a poetry columnist for the New York Times Book Review, concludes that “The Road Not Taken” is ultimately elusive. “It is a poem about the necessity of choosing,” he writes, “that somehow, like its author, never makes a choice itself—that instead repeatedly returns us to the same enigmatic, leaf-shadowed crossroads.” This conclusion will disappoint readers who pick up Orr’s book looking for a definitive interpretation, but it makes for a more profound study. It allows Orr to treat the poem as an evocative “philosophical puzzle.” He demonstrates how Frost’s diverging roads in a yellow wood, like the crossroads where Oedipus unwittingly killed his father, invite fraught questions about the limits of agency and self-knowledge, questions that have preoccupied the Western philosophical tradition from its beginnings. These questions are particularly thorny for Americans, Orr argues, since self-determining individuals are written into the nation’s founding documents and have dominated its cultural imagination.

This approach translates into some keen insights and intriguing speculations. For instance, Orr points out that if the poem “gives us a portrait of choice, the depiction it offers is of an extraordinarily limited sort.” It brackets important factors such as other people (the narrator is alone), culture (there are no signposts), and pressure (the narrator doesn’t seem to be in a hurry). The result is a sort of “pure” choice, one “that seems to occur in perfect laboratory conditions for testing a very old idea: that a free agent acting freely can make a decision that matters.” Elsewhere Orr suggests that the narrator cannot travel both roads “and be one traveler” because even if he traveled one and then returned to the fork to take the other, his earlier journey would have changed him. He would in some sense have become a different traveler. Orr wonders along similar lines if the seeming hesitation mentioned above (“I— / I”) could signal a difference between the narrator’s two selves—one making a choice at the crossroads and another looking back on it “ages and ages hence.” Close readings like these are a highlight of the study. They draw on the insights of some of the best Frost scholars while adding plenty of Orr’s own.

In places, though, it feels like Orr has to reach for a book-length manuscript. He offers four chapters—one on Frost’s life, one analyzing “The Road Not Taken,” and two that survey philosophical and psychological work on decision-making and then bring it to bear on the poem. All are well written and include insightful passages. But the chapter on Frost’s biography is mostly standard fare, and the chapters on decision-making could have been tightened without loss.

Orr gives relatively little attention to Frost’s own reading in philosophy. In doing so he misses an opportunity to forge stronger links between the chapters—for Frost, in his own subtle way, was as much of a philosophical poet as contemporaries like Wallace Stevens and T. S. Eliot. (Despite their differences, all three spent time in the orbit of George Santayana in Harvard’s philosophy department.) It would have been especially productive to focus on two writers Frost himself acknowledged as influences on his work—Ralph Waldo Emerson (mentioned only once) and William James (mentioned twice). Their reflections on agency and decision-making would have made productive interlocutors in Orr’s readings of “The Road Not Taken.” After all, Emerson’s “Self-Reliance” is another classic of American literature that has had a long and at times distorted pop-culture afterlife. Indeed, the popular reading of “The Road Not Taken” basically treats it like Emerson’s essay in verse form. But Frost, like James, was well aware of the challenges that the Emersonian project faced in a time when determinism had reasserted itself in formidable fashion. The two iconic New Englanders could also have helped Orr “find America” in the poem, as he promises to do in the book’s subtitle. Orr offers a series of suggestive nods at the importance of self-determination for American identity but this never emerges as more than a recurring secondary theme. Emerson and James could have taken him deeper.

Still, Orr has written a fascinating work of literary and cultural criticism, one that should interest not only current teachers and students of American literature but also the many general readers who had to recite “The Road Not Taken” in high school or analyze it in English 101. There is still wisdom—if not, perhaps, reassurance—to be gained from Frost’s deceptively simple poem.