The Road to Character 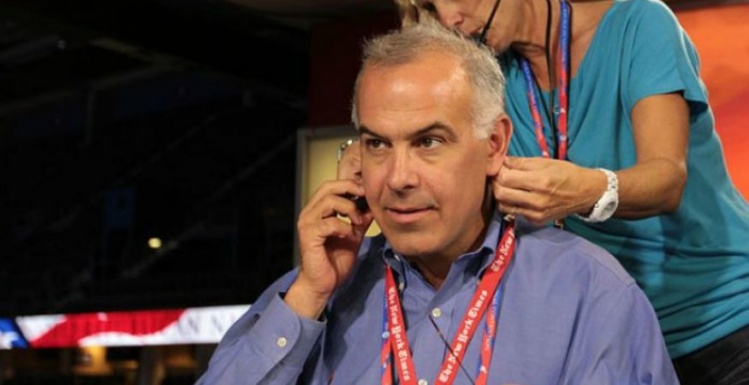 “Character,” like “leadership” and “values,” is one of those virtuous-sounding, malleable words that frequently end up in places like prep school mission statements, where being more specific might be too threatening for everyone concerned. David Brooks, however, thinks character is the very word that describes what’s missing in our garish, self-centered society. In The Road to Character, he has written an extended sermon on the old-fashioned virtues of humility and duty and stability, a self-help book for an age he believes values the self much too highly.

A familiar voice from his New York Times column, Brooks (especially in his broadcast appearances) always seems likeable and reasonable, which helps mitigate his weaknesses for sweeping, oversimplified sociology and Republican economics. In classic Brooksian style, The Road to Character packages the human moral condition in clever dualisms. We have, he says, allowed the résumé virtues to overshadow the eulogy virtues—or, alternatively, our Adam I nature (utilitarian logic) to outpace Adam II (moral logic). For Brooks, we (and it seems to be all of us) have largely abandoned a sense of self-discipline and our own imperfections. In their place, we live motivated by ambition and self-esteem, and follow our feelings rather than striving to conquer them. After World War II, a great turning point in the Brooks worldview, we have been horse-whispered by everyone from Norman Vincent Peale to psychologist Carl Rogers to Dr. Seuss to Elizabeth Gilbert’s Eat, Pray, Love, all telling us to put our personal dreams first.

What we need, says The Road to Character, is the inner cohesion and realism about ourselves that character provides. People with character are “calm, settled, and rooted”; they are dignified but they get things done through dedication and self-conquest; humility is the primary virtue. If this sounds more like an idealized Roman general than anyone you know, this is no accident: it is the past that Brooks turns to for all his examples of how to live. Pointing to the Greek biographer Plutarch, he says that “the tales of the excellent can lift the ambitions of the living.” Most of this book is a Plutarch’s Lives of Brooks’s design, with twenty-five-page character sketches melding a short biography with a summary of the virtues of character that each life embodies.

If it sounds like such didactic portraits might end up feeling potted or hagiographic—well, yes, at times they do. In a childhood sketch of Dwight Eisenhower, we read that “In Abilene, everybody, from business owners to farmers, did physical labor every day, greasing the buggy axles.” A. Philip Randolph “fought any tendency toward looseness or moral laziness with constant acts of self-mastery.” Soldier and statesman George C. Marshall’s schooling shows the virtue of learning “habits of self-restraint, including emotional self-restraint, at an early age.” George Washington and the cherry tree aren’t here, but there are points where they might have fit right in.

To Brooks’s great credit, not all his character virtues are related to axle greasing, self-mastery, or detachment. Some of his heroes were people of constant pushing and fearless confrontation—for example, he clearly finds the austere and passionate Dorothy Day as appealing as his World War II generals. And the book truly comes alive, very unexpectedly, with George Henry Lewes and novelist George Eliot. Their unconventional relationship becomes a sign of the transformation and fulfillment of character through love, and suddenly it becomes clear that there’s more to what Brooks is driving at. “Love is a surrender,” he writes. “You expose your deepest vulnerabilities and give up your illusions of self-mastery.... [Love] provides a glimpse of some realm beyond the edge of what we know.”

Nevertheless, despite a few high points, by the end I was eager for the album of exemplary lives—about 85 percent of the book, alas—to be over. Saved for last is Samuel Johnson, whom Brooks calls a moralist “in the best sense of that term,” but who in my mind always seemed more of a crank and pontificator than anyone we would strive to be more like. “His conversation,” Brooks writes, “even when uproarious, was meant to be improving.” A little improving conversation goes a long way, and I am afraid Brooks the aspiring moralist turns out to be not nearly as lively or enjoyable as Brooks the political pundit.

In the end, perhaps the Plutarch model just can’t deliver what Brooks hopes it will. It causes him to fall into the trap of the preacher who recedes too completely behind his desire to exhort, never revealing enough of his own struggles and weaknesses to close the sale. In a book that rails against a culture of unnecessary self-revelation, Brooks undervalues how important a seasoning self-disclosure is in any attempt to sermonize about virtues, weaknesses, and how to live. For one brief moment in the introduction, he moves out from behind the heavy curtain created by these virtuous people of the past:

I wrote [this book], to be honest, to save my own soul. I was born with a natural disposition towards shallowness… I have lived a life of vague moral aspiration.

Clearly, there’s something going on here. The book is laced throughout with the vocabulary of sin, holiness, redemption, grace, and Powers Greater than Ourselves, and nearly all of the people Brooks profiles were powerfully shaped at some point in their lives by religious faith and commitments, rather than by a more abstract concept of character. It could easily be seen as a book by someone on the precipice of a religious conversion, something about which Brooks, in recent interviews, declines to comment. (If he becomes Catholic, we can’t wait to have him for lunch at Commonweal.)

Despite his passion, though, he can’t entirely rescue character from the graveyard where vague, somewhat preachy words belong. It’s real, living people we can see and know who still have a much better chance of grabbing our moral imagination than The Imitation of Ike. And as an alternative to the occasionally tiresome-sounding virtues in The Road to Character, the attractive but uncomfortable heat of the Sermon on the Mount and Matthew 25 is actually a welcome alternative. At the last judgment, thankfully, we aren’t asked many questions about character, or whether we were calm, settled, and rooted. It’s a relief to remember that even without much in the way of character as defined in The Road to Character, redemption is still out there waiting.