The Rich Keep Themselves Rich 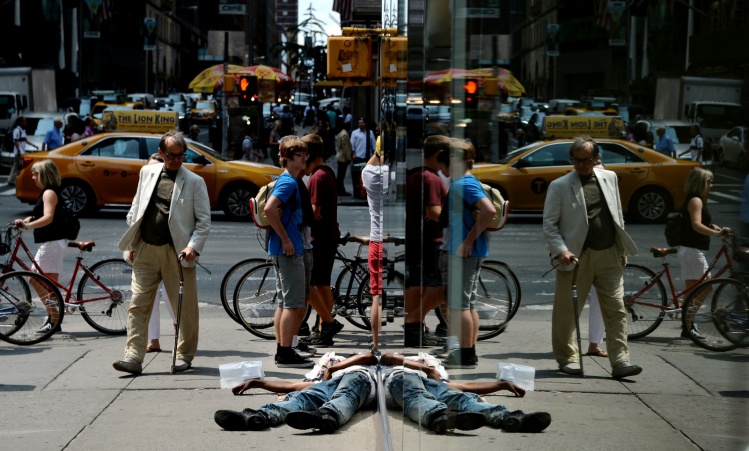 Credit Gary Cohn for being straight about who would benefit from the Republican tax plan. In an interview with CNBC, Donald Trump’s chief economic adviser revealed that the “most excited group out there are big CEOs.” As well they might be. The proposed cut in the corporate tax rate means greater profits and thus higher share prices, which would be further boosted by loosened restrictions on stock buybacks. Chief executives whose compensation is tied to share performance would therefore gain directly, and thanks to changes in the rate structure would see their taxes on this income reduced. But their employees would get little to nothing out of the arrangement, according to the nonpartisan Center for Budget and Policy Priorities, and once the modest credits for lower- and middle-income earners expire a decade from now, they’d face a tax hike. That’s to say nothing of the likely explosion of the deficit, which the very Republicans who lit the fuse could then cite as justification for cutting Social Security, Medicare, Medicaid, and other programs millions of ordinary Americans rely on. All this explains the appalled reaction of the U.S. bishops, who condemned the plan as “unconscionable” and “unacceptable.”

Whether the plan with its current inequities survives the Senate’s complicated reconciliation rules remains to be seen. But even without the aid of compliant lawmakers, major corporations and the richest individuals have ways, to borrow a phrase, of rigging the system. The degree to which they do so was most recently made clear with the November release of the Paradise Papers, a trove of more than 13 million legal and financial documents leaked to a German newspaper and shared with the International Consortium of Investigative Journalists. The documents, many originating from the offshore law firm Appleby, detail the elaborate mechanisms and complex financial networks corporations and wealthy families use to dodge taxes on a global scale. The “papers” show how entities and individuals stash billions in shell companies; shift the assets to havens like Bermuda, Cyprus, and the Isle of Man; and launder the money through a range of offshore investments. The hiding of such sums has obvious and quantifiable impacts. Worldwide, corporate tax avoidance has deprived governments of $699 billion in tax revenue in 2017. The United States alone loses out on $111 billion each year, according to Oxfam, while collectively the poorest countries are deprived of $100 billion annually. Meanwhile, it’s estimated that $8.7 trillion—11.5 percent of global gross domestic product—is held offshore by ultra-wealthy families, most of it unreported. All of this represents money that could be used for investments in health care, infrastructure, education, poverty relief, and many other programs.

Just 1 percent of the world’s population now owns half its wealth.
sharetweet

Of greater concern is the widening gap in global economic inequality the Paradise Papers reveal. Dodging taxes has helped the rich build what an editorial in the Guardian ominously calls their own “globally mobile republic.” Just 1 percent of the world’s population now owns half its wealth. The ultra-rich can also exert outsized influence on policy and politics. The documents show that hedge-fund manager Robert Mercer, for example, used tens of millions of dollars stashed offshore to fund Breitbart News and support Steve Bannon’s attacks on Hillary Clinton during the 2016 campaign. Hedge-fund manager and Democratic donor James Simons, who gave Clinton $11 million in 2016, was revealed to have hidden more than $8 billion in tax-free Bermuda. Cohn himself turns up in the documents, his name linked to nearly two dozen business entities in Bermuda from his time at Goldman Sachs.

It may not come as a surprise that many of the activities detailed in the Paradise Papers are legal. “This is the way that the world works,” Cohn insisted when asked about tax avoidance in the same CNBC interview. But as any third-grader could tell you, just because it’s allowed doesn’t mean it’s the right thing to do, and the line separating avoidance from evasion—which is illegal—is easily crossed. Economists have proposed international registries and other reforms aimed at exposing abuses, but these efforts meet with predictable resistance from wealth-management firms and their politically influential clients. “Excessive economic and social disparity between individuals and peoples of the one human race is a source of scandal and militates against social justice, equity, human dignity, as well as social and international peace,” the council fathers wrote in Gaudium et spes more than fifty years ago. That scandal will persist until we truly hold the wealthy to account as citizens with a responsibility for the common good.

Letters | Chatting with Francis, the church & the Jews