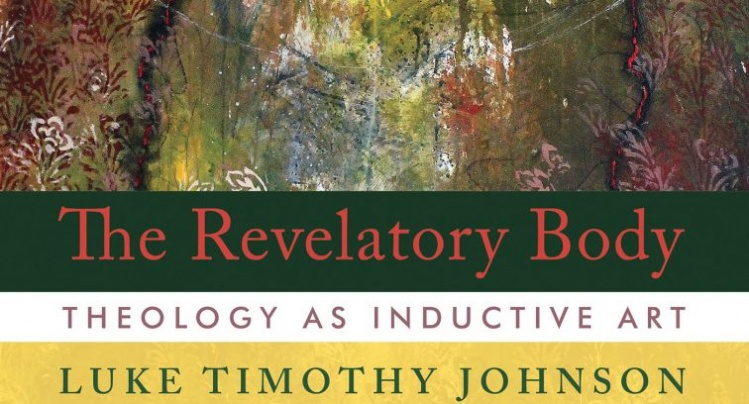 In this book—his twenty-fifth, by my count—the ever-prolific Luke Timothy Johnson provides an important alternative to the “theologies of the body” on offer among those thinkers and writers elaborating themes fashioned by John Paul II more than three decades ago. Where John Paul and his followers employ a deductive method in theology that does not consider what relevance actual bodies might have to the theological task, Johnson inductively teases out the significance of various sorts of bodies for understanding what God might be saying through them. All the bodies God created are, in fact, a source for divine revelation.

The book’s title alludes to a key theme in Sandra Schneiders’s The Revelatory Text: that Scripture does not contain divine revelation, but participates in it. So do human bodies. Thus we have to interrogate the body as attentively as we do Scripture in order to find out what God is doing and saying through it. Johnson’s first two chapters argue against John Paul II’s approach to theology, advocating a more nuanced and attentive reading both of Scripture and of actual bodies. He excoriates the late pope’s “flat, surface reading” of biblical texts, and finds John Paul’s focus on controlling the body too narrow a basis for a viable theology of the embodied self. The papal position was developed to provide a theological argument for the prohibition of so-called artificial birth control. Such an a priori, deductive theology of the body, Johnson asserts, shows a “deep lack of interest” in the experience of married couples in general and women in particular. Nor can it attend to what God is doing in either bodies or texts, since it deduces theological claims from axiomatic propositions.

The third chapter takes on an opponent from the other end of the spectrum: the blinkered, reductionist materialism and secularism that distort contemporary life. If we accept these anti-theistic views, Johnson warns, we risk being enslaved by instruments created to liberate us, and can end up diverted by mindless entertainment, lost in our own egos, or imprisoned in scientism. More positively, Johnson shows how the Divine Spirit can reveal Godself through the human spirit. Key to his argument is the notion that the human spirit is defined by its bodily ability to communicate with, and thus enter into, other bodies. Like human communication, divine revelation is a communicative act. God communicates with us through the bodies God created.

Johnson then outlines a phenomenology of the body at play; in pain and in passion; at work; and aging. He reflects on the Scriptures (often scanty, confusing, or self-contradictory on the topics examined here), and on his own and others’ experience. In doing so, he provides a firm footing for a bodily theology. In actually attending to what gay and lesbian bodies tell us about the God who created and ordered them, rather than simply deducing that they are “intrinsically disordered,” Johnson shows us how to develop a more capacious theology, one that recognizes the divine in and through all bodies.

Insights abound in these pages. Johnson writes that while “[p]lay provides the most visible evidence that structure and freedom are not opposed but mutually dependent,” when play is married to commerce, as in professional sports, it can become an exploitative form of work; pay defeats the point of play. He views the passions favorably, not as torrents needing to be dammed by the exercise of the mind and will: “to ignore the possibility of pleasure in our life’s activities is to miss part of the truth that our bodies can teach us.” Pleasure and suffering are more than theological difficulties, he notes; as bodily conditions they can be revelatory. Just as the cross has long symbolized God’s presence with us as we suffer, perhaps jouissance reveals the divine, too, since God is love.

Johnson’s best insights come in two chapters. “The Exceptional Body” surveys ways in which different abilities, anatomies (e.g., intersexuality) and sexual orientations, long viewed as aberrations to be ignored, repaired, or condemned, can be revelatory. A nuanced reading of scriptural texts assists the project of taking different kinds of bodies as clues to God’s love (an extension of Rabbi Jonathan Sacks’s insights in The Dignity of Difference). If God made us, then God made us rather diversely. The simplistic binaries of deductive theologies conceal the variety of God’s creation and blind us to what God reveals through the medley of creation. All bodies at all points on the bell curve—not just the middling norms—show us something of God’s love.

And the chapter titled “The Aging Body” certainly rings true to this sixty-eight-year-old reviewer. Taking the aging body seriously means accepting that what we gain in wisdom as we age is offset by our loss of mental and physical agility. And it means reminding ourselves that “it’s okay” that we will die. We ache; our eyesight dims and our senior moments are more frequent; we become glad to walk where once we delighted in hours of full-court basketball; our friends and lovers die on us: these are harbingers of our future, when we will leave this mortal coil and be enfolded in the love of God.

If The Revelatory Body has a major flaw, it is that it spends too little time drawing out theological insights from its descriptions of the body. A few paragraphs scattered throughout a book do not constitute “an inductive theology.” Johnson’s exploration of the body at work is rather limited in perspective, focused primarily on his own work as a teacher and scholar. And reflections on the “sick body,” the “injured body,” and “warriors’ bodies” would make useful additions. Illness and the debility it can bring, after all, differ significantly from the deficits of aging or pain. Injuries can devastate, changing abilities profoundly. And what happens to soldiers in and after battle—and what our society fails to do for these soldiers—is a topic begging to be addressed.

But it’s unfair, perhaps, to ask an author to write a different book. The book Johnson actually has written should be read by anyone wearied by the stilted and sterile ruminations of the deductive “theology of the body” now taught in many seminaries and dioceses. Graciously written, The Revelatory Body opens a door to a better body theology. If it does not get very far through that door, it is nonetheless a fine sketch, letting us glimpse how the created body reveals the Creator Spirit. One hopes Johnson and others will continue to develop this inductive art, reminding us that the God who created us all loves variety.

Why We Need Both Stories