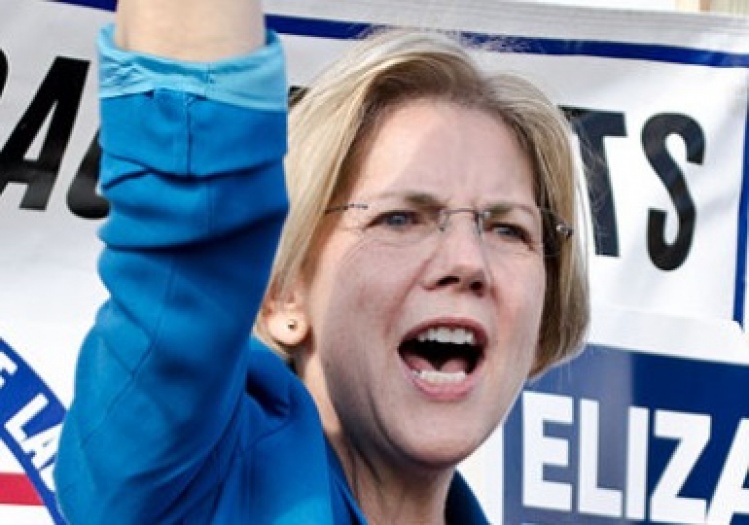 The re-emergence of a Democratic left will be one of the major stories of 2014. Moderates, don’t be alarmed. The return of a viable, vocal left will actually be good news for the political center.

For a long time, the American conversation has been terribly distorted by the existence of an active, uncompromising political right unbalanced by a comparably influential left. As a result, our entire debate has been dragged more and more in a conservative direction, meaning that the center is pushed that way too.

Consider what this means in practice. Obamacare is not a left-wing program, no matter how often conservatives might say it is. Its structure is based on conservative ideas. The individual mandate was the conservatives’ alternative to a mandate on employers. The healthcare exchanges are an alternative to government-provided medicine on the Medicare model.

Obamacare is complex because the government is trying to create a marketplace in which people shop for private insurance and receive government subsidies if they need them. It goes to a lot of trouble to preserve the private insurance market. The system does not even include a government plan as one option among many.

But once conservatives succeeded in pulling the healthcare debate to where they had always wanted it, they abandoned the concepts they pioneered and denounced Obamacare as a socialist scheme. It’s a classic case of heads-I-win-tails-you-lose politics: Move toward me, and I’ll just keep moving further away from you.

The right’s strong hand also prevented more aggressive action to ease joblessness. After the crash of 2008, the country desperately needed government to step in to bolster mass purchasing power, the point of stimulus efforts. With interest rates near zero, there was no better time to borrow in order to rebuild a decrepit national infrastructure and make other long-term public investments.

Instead, relentless pressure from the right made the initial stimulus smaller than it should have been -- and then prevented any further expansion of public spending. In the blink of an eye, the public discussion was engulfed by an obsession with the deficit as millions languished without a job. Even Republicans are frustrated over how ideological fears about government’s size have stalled transportation bills that were once the stuff of bipartisan concord.

This pattern was repeated over and over on other issues, and the new militancy on the Democratic left is a consequence of a slowly building backlash against the skewed nature of our politics. You might summarize its basic gripe with this question: Why was it so much easier to spend public money on rescuing financial institutions than on rescuing families caught in a cycle of unemployment, collapsing incomes, and foreclosures?

Take the most recent flash point. Discussions about entitlements have revolved almost exclusively around the question of how much to cut them. By contrast, progressives such as Sens. Elizabeth Warren, D-Mass., Bernie Sanders, I-Vt., and Sherrod Brown, D-Ohio, say we must begin dealing with a coming retirement crisis fostered by the steady disappearance of traditional private pensions.

They argue that Social Security is not providing enough for low- and middle-income retirees and that making the program financially secure will necessarily involve lifting the Social Security tax cap. It currently requires middle-income Americans to pay in a much larger share of their income than the highest earners do. Ask yourself: Are these unreasonable concerns?

More generally, the Democratic left is animated by the battle against growing inequality and declining social mobility -- the idea, as Warren has said repeatedly, that “the system is rigged for powerful interests and against working families.” Warren and her allies are not anti-capitalist. Their goal is to reform the system so it spreads its benefits more widely. Warren has argued that everything she’s done on behalf of financial reform has, in fact, been designed to make markets work better.

The resurgent progressives are battling a double standard. They are asking why it is that “populism” is a good thing when it’s invoked by the tea party against “liberal elites,” but suddenly a bad thing when it describes efforts to raise the minimum wage and take other steps toward a fairer system of economic rewards.

And here’s why moderates should be cheering them on: When politicians can ignore the questions posed by the left and are pushed to focus almost exclusively on the right’s concerns about “big government” and its unquestioning faith in deregulated markets, the result is immoderate and ultimately impractical policy. To create a real center, you need a real left.

The Roots of Baltimore's Anguish