The Responsibilities of Opposition 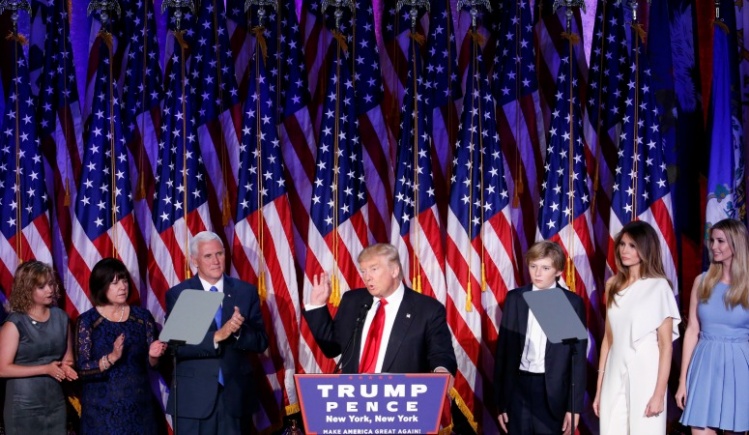 All Americans who are alarmed, angry and disheartened that a large minority of our fellow citizens made Donald Trump the president-elect must quickly learn to distinguish between blame and responsibility.

I freely admit that my own list of those who deserve to be held accountable is long. It includes Vladimir Putin, who intervened shamelessly in our internal affairs, and FBI Director James Comey who, apparently under pressure from politicized bureau agents, changed the trajectory of the campaign and helped accomplish what the former KGB operative could not have achieved on his own.

I blame Republican leaders who knew better but nonetheless aligned themselves with Trump. I blame a media that created an outlandishly false equivalence between Hillary Clinton's sins and the corruption of her opponent. And then there is our foolish and antiquated Electoral College system: For the second time in 16 years, the candidate for whom a plurality of Americans voted will not become president.

Finally, I blame people of my gender, race and class—college-educated white men—for giving Trump his margin. Yes, a class rebellion among less-educated whites was key to his victory. But we cannot forget that a large majority of well-to-do white men chose to vote for a dangerous misogynist who demonized immigrants and people of color.

While the wounds are still open, others have already started blaming Clinton herself and Democratic Party insiders who supported her. The party's left is arguing that Clinton should have heeded the warnings of Bernie Sanders' rebellion and spoken much more to the nation's economic injustices. If the past is any guide, more moderate Democrats will talk about how, perhaps, the country was asked to accept too much cultural change too quickly, or that whites, especially white men, were exhausted from having every other group lifted up except themselves. I fear that this argument will tear apart those who must now stand together.

There is also the grimly amusing spectacle of elites, in the media and in politics, declaring that "everybody" missed the seething discontent at the grass roots.

The combined effects of a long-term rise in inequality and the brutal damage done to so many by the crash of 2008 certainly seeded the ground for Trump's victories in Ohio, Pennsylvania and Wisconsin. But if this was a purely anti-establishment vote, why were so many conservative Republican incumbents re-elected? Many on the left had warned for years about the impact of technology and trade on those who made their livings in the old economy. Why was it that these complaints became politically explosive only when they were harnessed to resentments over race and immigration?

Assessing blame can be useful if it leads to analysis and action. But it could also be paralyzing at the very moment when Trump's foes, and also some of his enablers, need to take responsibility. The first and most important responsibility, as Clinton suggested in her moving and very presidential concession speech, is not to allow this would-be strongman to undermine our liberties and rob us of the ability to fight back. The many establishment figures who will scurry Trump's way cannot become complicit in any efforts to use government's power to limit the freedom of action of those who oppose him.

The left and center must not let this catastrophe unleash an all-consuming and inward-looking ideological war. Republicans will now control two branches of government and are poised to take over the judiciary. House Speaker Paul Ryan signaled on Wednesday he hopes to use his party's newfound clout to push through what will be a genuinely reactionary program of deep tax and budget cuts—the latter antithetical to Trump's promises to rebuild our infrastructure.

Critics of such radicalism must expose how these plans would betray many of the voters who flocked to Trump, blocking what they can, moderating what they cannot stop altogether. Above all, they must defend an alternative vision that might bring Americans together to achieve an inclusive prosperity and a society in which no one -- not immigrant, not African-American, not Muslim, not white working class -- feels excluded or disrespected.

I truly do fear for our country's future. I find it hard to accept that my fellow citizens in such large numbers embraced a man so threatening to our standing in the world and so cavalier about our basic rights. But we cannot allow fear or anger to drive us from the field. If ever our nation needed a determined, thoughtful and creative opposition, it is now.