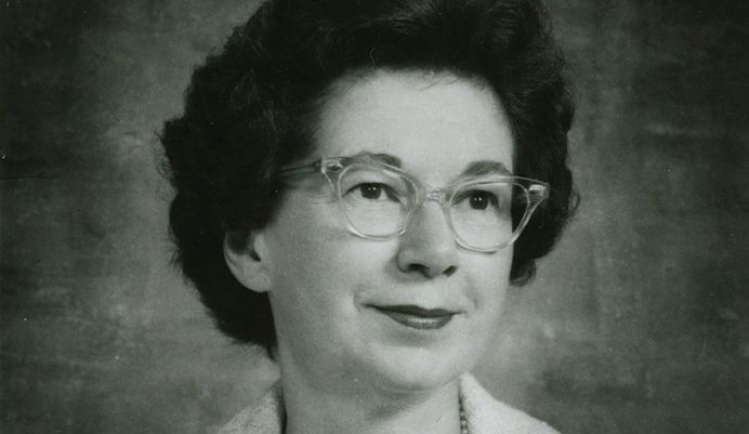 My oldest son fretted for months about the Old Dark Frog, who features in a ghost story from Days with Frog and Toad. He did not want to sleep in the same room as our copy of The Gruffalo, just to be safe. But I’ve never seen him react to a book the way he did when I read him Beverly Cleary’s Ramona the Pest. He buried his face in my side, covered his ears, moaned, and even shouted, “No! Don’t do it!” when he saw trouble approaching for the five-year-old heroine. Then he would beg me to read him another chapter.

Ramona Quimby is one of the most indelible creations of author Beverly Cleary, who celebrated her hundredth birthday April 12. The eight “chapter books” chronicling Ramona’s childhood stand alongside more than twenty others, the fruit of Cleary’s determination to write the “books about kids like us” that she longed to read growing up in Oregon, and that children asked for in the libraries where she worked as a young woman.

She published her first book, Henry Huggins, in 1950. In it and in the books that followed, the child protagonists are not orphans or princes; they don’t fall into magical universes or get kidnapped by pirates (even Keith, the boy who befriends Ralph S. Mouse in The Mouse and the Motorcycle, is resolutely ordinary). They are middle-class American kids whose troubles involve lost pets, playground bullies, and parents who laugh when their children want to be taken seriously. Cleary captures a child’s perspective in a way that is totally convincing and never condescending, and feels authentic even several decades on. And Ramona—impetuous, bright, hungry for attention, and selfish in the way that children always are—is her masterpiece.

“Emerging self-knowledge for a little girl prone to both touching and hilarious crises” is how Elizabeth Minot Graves characterized Ramona the Brave in this magazine in 1975. Again and again, Ramona’s high spirits come crashing down as some disaster or disappointment forces her to consider how others perceive her. When her older sister’s account of a playground fight differs from her own, she is astonished: “She thought she was being brave. Now it turned out that she was not brave. She was silly and embarrassing. Ramona’s confidence in herself was badly shaken.” It is these home truths that make my own child cringe, more than the threat of fire, famine, or the Old Dark Frog. Young as he is, he recognizes the pain of failing to please an adult, the indignity of having his anger met with amusement, the shame of needing to be rescued from a mess of his own making.

I too cringed now and then as I read, recognizing myself in the grownups who unwittingly cause Ramona’s pain or compound it by dismissing it. I thought of Maggie Tulliver in George Eliot’s The Mill on the Floss, so like Ramona in her impulsiveness and her need to be loved. Young Maggie cuts her own hair and realizes her foolishness too late. “Very trivial, perhaps, this anguish seems to weather-worn mortals who have to think of Christmas bills, dead loves, and broken friendships,” says Eliot’s narrator as Maggie sobs. “But it was not less bitter to Maggie—perhaps it was even more bitter—than what we are fond of calling antithetically the real troubles of mature life.” The same insight animates Cleary’s tales of Ramona, who knows, for example, that her father is out of work and her mother is straining to compensate, but still deeply resents her mother’s failure to make her a satisfactory sheep costume for the Christmas pageant. Eliot notes that adults are wont to comfort children by pointing out that childhood problems are minor ones, an approach that serves only to emphasize the distance between them. “Surely if we could recall that early bitterness, and the dim guesses, the strangely perspectiveless conception of life, that gave the bitterness its intensity,” Eliot writes, “we should not pooh-pooh the griefs of our children.”

Beverly Cleary is one grownup who never lost sight of just how intense a child’s griefs and joys could be. She does not moralize or romanticize; her stories don’t aim to teach children not to be selfish or to see things as their parents do. They are honest, they are funny, and they make children feel seen and valued as they are. I’m glad to know Ramona and all her neighbors will be there for my sons to provide good company whenever grownups like me don’t understand. Happy Birthday, Ms. Cleary, and thank you for the gift.

Published in the May 6, 2016 issue:
View Contents
Tags
Books
Columnists