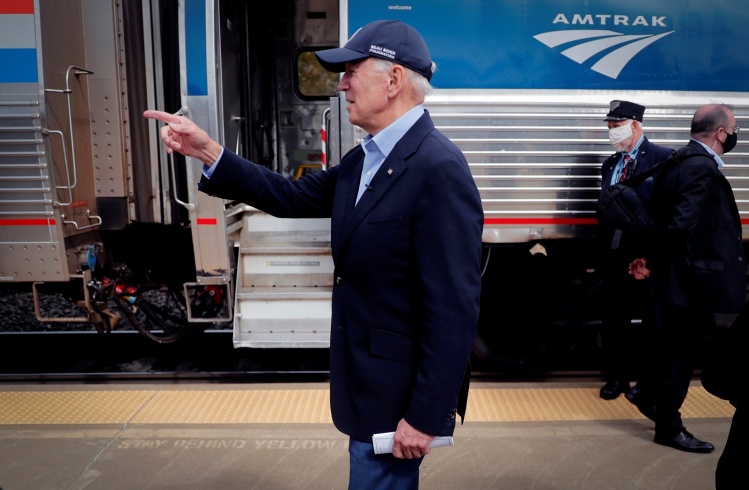 After four railway unions rejected a deal to settle a longstanding labor disagreement, President Joe Biden signed a bill Friday forcing through the agreement under the provision of a 1920s law. The initial deal, negotiated by the Biden administration, appeared to head off the threat of a rail strike when it was announced in September. But workers had not yet seen the details—and many were unimpressed when they did. The central issue is paid time off. Rail workers currently receive no paid sick leave; instead, they must use vacation days, which must be scheduled far in advance. If they do take unscheduled days off, they are penalized under rigid attendance policies. During negotiations, the rail companies made concessions on raises, bonuses, and health-care costs, but they refused to waver on sick leave because their business models depend on rigid scheduling to decrease overhead and maximize profits.

Last Wednesday, the House responded to calls from the administration for action by passing two connected bills: one that would impose the terms of the rejected deal on workers and a second that would amend the deal to grant rail workers seven days of sick leave. The latter bill came to the floor in a procedure called “enrollment correction” thanks to pressure from progressives, in a strategy backed by the unions. But this second bill, “correcting” the first, was never likely to garner the sixty votes needed to overcome a filibuster in the Senate. In the end, fifty-two senators supported it, with six Republicans joining forty-six Democrats. Joe Manchin was the only Democrat to vote no (three others were absent). Ted Cruz, among the Republicans to vote yes, claimed workers’ demands were “reasonable” and even fist-bumped Bernie Sanders on the Senate floor. Marco Rubio made a free-market argument for his own yes vote, claiming the issue was “best left to the private sector” and that, if anything, Congress “should have worked to meet the demands of the workers instead of appeasing labor leaders and companies.”

Meanwhile, the first bill passed the Senate by an overwhelming eighty-to-fifteen margin, imposing the original deal without any further concessions to workers. Biden, who has positioned himself as a “a proud, pro-labor President,” expressed regret at overriding union members’ vote against the deal, but felt he was left with little choice. “A rail shutdown would devastate our economy,” Biden said in a statement to Congress. “Many U.S. industries would shut down [and] as many as 765,000 Americans—many union workers themselves—could be put out of work in the first two weeks alone.” Biden rejected any proposed modification of the deal, arguing that “any changes would risk delay and a debilitating shutdown. The agreement was reached in good faith by both sides.” When asked if the administration pushed senators to support the bill for additional leave for rail workers, Joe Manchin said, “No, it was very clear. What we have is the deal that was negotiated. It’s a fair deal.”

Rail companies, who spend heavily on lobbying and campaign contributions, are effectively backstopped in negotiations by the federal government.
sharetweet

Biden may believe the deal was negotiated in “good faith,” and Manchin may think it’s fair, but majorities of workers from four unions, representing over 55 percent of the 120,000 freight rail workers, clearly disagreed. It’s hard to see the bill's passage as anything but a rejection of the principles of collective bargaining. The 1926 Railway Labor Act (RLA), passed during a period of decline for the union movement, granted the federal government extraordinary power over rail labor negotiations after decades of strikes and violent strikebreaking roiled the industry and the economy. Rail, of course, remains integral to the economy, accounting for around 40 percent of overall freight. Nevertheless, the very existence of the RLA has, according to many observers, created an unlevel playing field, since rail companies, who spend heavily on lobbying and campaign contributions, are effectively backstopped in negotiations by the federal government. They do not have to take the threat of a work stoppage as seriously as companies in other industries, leaving workers with less leverage.

The Biden administration’s refusal to back better terms for workers also vindicates the financialization of the rail industry, which is at the root of its poor treatment of workers. A “just-in-time” delivery system, dubbed “precision-scheduled railroading” (PSR), was adopted at the behest of hedge-fund managers and investors seeking to maximize profits and stock prices. PSR reduces the number of workers and railcars, while increasing the length of trains and running them at full capacity. This business model requires that the remaining workers be constantly available to work, often at a moment’s notice. With as few as two workers operating an entire train, unscheduled absences upset the whole system. Many workers are concerned that the new agreement will increase pressure by adding provisions for “self-sustaining pools” that require workers to be on-call even more frequently. It may also accelerate departures from the industry, exacerbating a labor shortage and making rail work into a “revolving-door job instead of a career,” as one engineer put it.

The absence of slack in the system has led to bottlenecks, safety issues, and service disruptions—especially during crises like COVID-19—even as it has spurred higher prices and record profits for rail companies. And consolidation over the past few decades has reduced the number of Class 1 railroads from forty to just seven. They operate as monopolies or duopolies in many regions, leaving both workers and shippers with few alternatives.

One chance remains for a better leave policy for workers. In 2015, President Obama signed an executive order requiring at least fifty-six hours of paid sick leave for federal contractors. The order explicitly exempted rail workers, who are federal contractors. Union leaders may now lobby for an executive order from President Biden that would reverse this exemption and grant rail workers the leave they’ve been asking for. Representative Jamaal Bowman, who led the push for paid sick leave in the House, tweeted, “President Biden must now use his executive authority to right this wrong.” 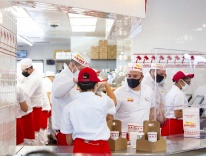