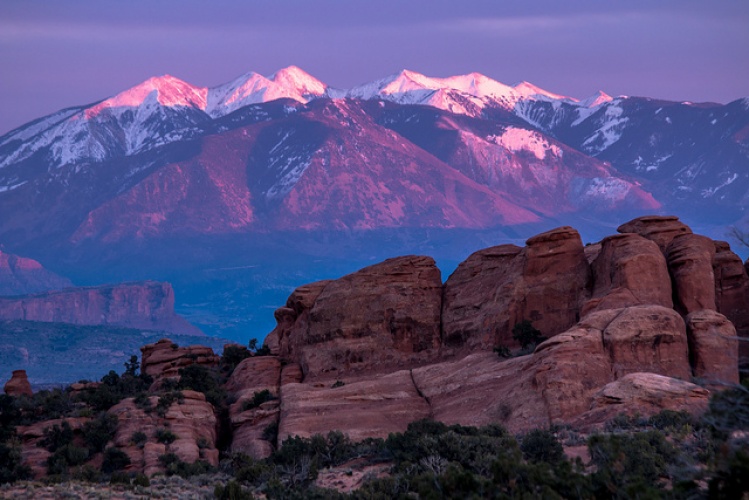 It’s September of an election year, and the Republican presidential candidate has, by his own admission, “a tremendous problem” in Utah. Hillary Clinton has a campaign office in Salt Lake City, Bill Clinton headlined a fundraiser in Park City, and Libertarian candidate Gary Johnson, former governor of a neighboring state, is headquartered in Utah too. It’s a multifront battle, before even mentioning independent conservative candidate Evan McMullin, a BYU graduate with unimpeachable conservative credentials. Like Colorado before it, is another Mountain West state turning purple?

In the long run, perhaps not. The tremendous problem in Utah is not about Trump's newfound party affiliation. It begins and ends with the candidate himself. Donald Trump seems to have been created in a laboratory in order to repulse Mormons.

In terms of temperament, Trump is everything Mormons learn not to be during twice-weekly visits to their local ward. He is known for pride, lasciviousness, and foul-mouthed insults. A thrice-married casino owner, he displays himself on the cover of Playboy magazine in his office and offered jaw-dropping sexual banter on shock jock Howard Stern’s radio show. For nearly every bad word you can think of, there’s a video of Trump using it in public.

This is simply not the kind of candidate a Mormon wants to hang out and have a Diet Coke with. He is the negative image of Mitt Romney, a man so temperate that the behind-the-scenes documentary of his presidential run makes aw-shucks Tim Kaine look edgy.

On the issues, Trump fares no better. Since his nativist campaign encourages mass deportation of a large immigrant group and mass persecution of the second-largest religion on earth, Trump tends to do poorly with groups that have been historically persecuted in America (women, African Americans, Catholics, Latinos, the disabled, etc.).

But it’s not just the memory of Mormons' own persecution—their forced migration being the very reason they are concentrated in Utah—that turns them off to Trump. The LDS church today maintains active, centralized support of religious liberty, and not just liberty for Christians. (Indeed, they know that many Protestant Christians haven't decided whether Mormons are Christians.)

Their profound veneration for the U.S. Constitution goes well beyond that of what other Christians believe. One can easily imagine Mormons tearing up at Khizr Khan’s Constitution-waving Democratic convention speech, just as they had chosen Constitution-memorizing Ted Cruz in a landslide Republican caucus months earlier. You see, official Mormon doctrine teaches that the Constitution, the document that enshrines and ensures religious freedom, is actually divinely inspired, a fulfillment of prophecy in a literal sense.

Such patriotic dedication to the Founding Fathers might suggest that Mormons would be drawn to the candidate with the most American flags on stage. Yet Mormons’ patriotism has little affinity with Trump’s. They are no longer culturally isolated or ethnocentric (as they once were), due to their impressive frequency of missionary trips abroad and commendable dedication to multilingualism. Mormons have tried to reckon honestly with their homogenous and racist past; nowadays their political patriotism is tempered with cultural worldliness. A typical Mormon missionary might spend two years, fluent in Spanish or Portuguese, living in a Latin American favela. Trump’s sense of Latin America comes from ordering a taco bowl to be delivered to his glitzy penthouse atop a tower.

In theory, these aversions could be countered by Trump with positions or qualities attractive to the typical Utah voter. But on church values, Trump has neither familiarity with basic religiosity nor street cred on matters of ultimate importance to the pro-life community. Regarding business values, Mormons chose the beehive as their symbol of industriousness and interdependence, while Trump is known for successive bankruptcies and achieved nationwide fame by firing employees in a cutthroat spectacle.

For all these reasons, it was no surprise when Trump received only enough votes in the Utah caucus to fill one-third of LaVell Edwards Stadium, where BYU’s football team plays. Ted Cruz could have filled two stadiums with supporters singing the “Rise and Shout” fight song.

One wonders, then, how many Utah voters will rise and shout for Evan McMullin, the BYU alumnus, former CIA operative, and Republican policy director that will be on their ballot in November. The research of prominent sociologist David Campbell suggests that the Mormon vote can be activated very successfully by the right spark. Already a real voting bloc, due to cultural distinctiveness, social cohesion, and geographical concentration, Mormons have other features that set them apart as a prime electoral target. Describing their voting bloc as “dry kindling,” his argument demonstrates that Mormons’ “intensive church involvement builds social capital and civic skills, both of which contribute to the capacity for political mobilization,” while “the organization and teachings of the Mormon Church facilitate adherence to the instructions of LDS leaders, including on political matters.” Campbell hastens to add that “the flammability” of this dry kindling “is due to the relative infrequency with which Mormons are mobilized by their church leaders.” For electoral politics, therefore, “Mormons potentially matter a lot, but not too often.”

We’ll soon find out whether this election is that time, and whether McMullin is the right spark to keep Utah a fiery conservative red (albeit not in support of Trump). Because if the mountains from Provo to Park City are about to turn purple instead, it would be a stunning sunset for the GOP in the Mountain West.

If Hobby Lobby is a religious 'person,' is a GTMO detainee one too?