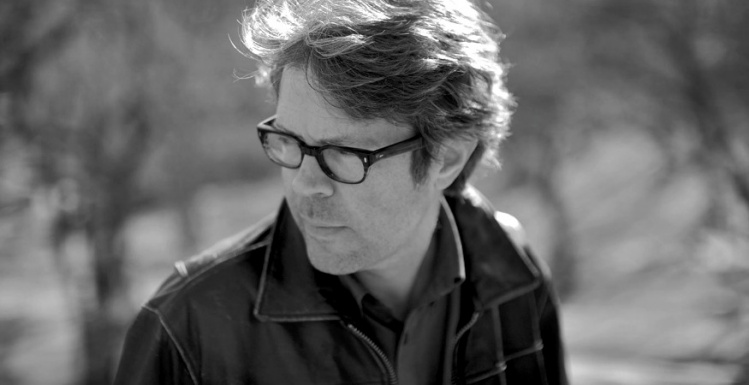 Jonathan Franzen is America’s foremost practitioner of the Big Novel—that doorstop-sized book boasting a large dramatis personae, expansive sweeps of time and setting, deft jabs at contemporary manners and mores, and an omniscient narrator serving up plenty of cutting laughs in the bargain. Franzen’s two prior Big Novels, The Corrections (2001) and Freedom (2010), took satiric aim at the dysfunctional family and marriage, skewering characters with gusto while unleashing hectic recrimination in their ranks. In Freedom, a crankish grandfather is described as “sort of like an eager boy hobbyist and sort of like a torturer intent on punishing every victim equally.” That’s Franzen the novelist, avidly collecting characters in his glass jar, with malice in store. His nimble pop sociology evokes Tom Wolfe’s gleeful mischief-making, while his tone contains more than a touch of Jane Austen—a coy and confident dishing on his own characters, powered by a moral dismay whose basis is not always easy to pinpoint.

Franzen’s new novel, Purity, proceeds via a wildly complicated plot whose eponymous protagonist is Purity Tyler, a.k.a. Pip. A young college grad at loose ends in Northern California, she’s the only child of an eccentric and reclusive woman who will reveal nothing about her own past, including the identity of Pip’s long-absconded father. This mystery ramifies significantly once Pip goes to work for Andreas Wolf, a former East German dissident who runs a Wiki-leaks-like website, based in Bolivia, called the Sunlight Project. Wolf shares a past and a dark secret with the novel’s third main character, a journalist named Tom Aberant, whom he met a quarter-century ago in Berlin after the fall of the Wall. These three characters are connected by invisible linkages, and when Pip volunteers for Wolf’s organization, then subsequently—at Wolf’s urging—joins Tom’s online investigative journalism project, bit by bit the underlying pattern is revealed, a web of machinations that entraps Pip and brings her, like her Dickensian namesake, steadily closer to her great expectations and the astonishing secret of her origins.

There’s no gainsaying Franzen’s literary chops, and the pleasures on offer in Purity include some enjoyably showy descriptive prose (“The New Jersey sky was a low-hanging steambath of churning flocculence”) and prosodic tips of the hat, for instance to Nabokov: “I seized her and kissed her, my Anabel. She was snotty and teary and hot-breathed and dear.” There are figures of speech that draw wittily on topical tropes (All Pip’s “dealings [with her mother] were tainted by moral hazard, a useful phrase she’d learned in college economics. She was like a bank too big in her mother’s economy to fail...”). We get the goods on millennials, “worried and guilty about the country’s unsustainable consumption patterns.” Franzen has an excellent ear for German English (“Pip, I’m looking for you since three days ago!”), and is sufficiently resourceful in German to create an ingenious bilingual dual acrostic poem in which the first letters of the German version spell out in English—and vice versa—a lusty coded message that Wolf once used to slander German socialism. And readers of American fiction will chuckle at the complaint of one minor character, a failed novelist, over “a plague of literary Jonathans”—meaning, presumably, Lethem, Safran Foer, and Franzen himself.

For all this playfulness, however, the long slog through Pip’s moral education is a downer. While Franzen’s natural mode as writer is one of confident high spirits and cunning flair, his view of people is steeped in pessimism, and his characters gravitate ineluctably toward misery. Purity resolves this paradox by tamping down its author’s satirical ebullience; scene by scene, we encounter a good deal more earnestness in this novel than in Franzen’s prior two. “The love that was a granite impediment at the center of her life was also an unshakable foundation; she felt blessed.” “Andreas found that his sorrow hadn’t cured him of his megalomaniacal solipsism.” “He’d been open to intensity in his marriage, so open that he now felt traumatized by it.” And so on.

Such sentences reveal aims and modes that are more diagnostic than dramatic. Purity’s six hundred pages range across three continents and seven decades, yet the novel has an enclosed, even claustrophobic feel. It is the claustrophobia of people spending their lives glued to computer screens and trapped in bad marriages. Enclosure—social, personal, psychological, and technological—is, in Franzen’s view, a defining quality of how we live now. It is not a happy condition to be in. Purity starts with comic satire and drills down to a significantly darker level where characters do battle with beasts of despair and self-loathing. What starts as comedy becomes a cautionary tale, or pathology report, written by someone with extensive knowledge of internet pornography, marital failure, and German nihilism.

Toxic levels of insecurity and ambivalence percolate through the novel’s primary characters and relationships; no sooner does someone decide to seduce someone else than we engage his or her tortuous deliberations over whether to proceed or not. Purity fairly hums with erotic seductions, but the underlying take on love—not to mention marriage—remains glum, to say the least. “Domestic boredom,” the realization “that he’d trapped himself,” stalks both Andreas and Tom, stoking an ever-ready flame of envy over other people’s intimacy—and contempt for one’s own. Shortly after Tom meets Andreas, he shows him a photo of his wife, and insecurity quickly flares. “I saw or imagined that I saw something relax in him,” Tom recounts later, “as if he knew for sure that he had the better woman.” Yet the grass is just as yellow on the other side; no sooner does Andreas seduce the beautiful young Anagret, his future wife, than he hears within him “a horrid little voice of doubt: Are you sure you really love her?... don’t you think this might become oppressive?”

PURITY IS PREOCCUPIED with secrets and communication, at both the individual and the governmental levels. Through Wolf’s musings Franzen lays out a treatise tracing similarities between today’s digital dominion and yesterday’s Communist regimes like the one in East Germany, both ruling through fear—in the case of the internet, “the fear of unpopularity and uncoolness, the fear of missing out, the fear of being flamed or forgotten.” It is the personal implications of such realities, and not the political, that Purity mostly takes up.

Franzen, one recalls, once notoriously spurned Oprah’s book-club endorsement, and fame—its allure, its hollowness and disappointment—is an organizing theme of this novel, expressed in the rise and fall of Wolf, a shifty and unstable but charismatic person who becomes a media creation, and whose organization—part think tank, part anarchist cell, part jungle commune and harem—“functioned mainly as an extension of his ego.” Wolf is a cult figure in the Julian Assange mode; when Pip first meets him, she is entranced not only by his good looks but by “an ineffable something else, a glow of charged fame particles.” Resentfully anonymous herself, Pip both worships and envies Wolf for his celebrity; “the message he was forever getting,” she muses acerbically, “was that he was special and great.” Why can’t she be special and great? Why can’t she be noticed?

Purity offers up for study the internet era’s obsession with online celebrity— going viral, attracting eyes—and the corresponding dislocations of the self that it promotes. Grandiosity and insecurity; envious obsession with fame; marital misery; incessant calculus of status; internet addiction; near-crippling ambivalence; fraudulence and self-loathing; and an ever-resurgent contempt for anyone needy enough to love you: this dreary roster of traits demarcates a personality affliction so prevalent in Purity, and I would argue in Frazen, as to seem like a plague. A great deal of this novel is spent registering tiny calibrations of personal insecurity and mordant aperçus that hint at travails of self-esteem only magnified by success and fame. While a writer like Tom Wolfe would assay this complex with mordant merriment, Franzen seems pretty depressed about it.

Readers may feel likewise. One basic problem is Pip herself: callow, shallow, and self-absorbed. Her exchanges with female colleagues at the Sunlight Project are annoyingly middle-schoolish (“‘There’s another reason I sort of hate you. It’s because he likes you.’” “‘He seems to like you, too.’”), and so when Andreas tells her “you’re a remarkable woman,” we don’t concur. Ditto for her mother, Anabel, a frustrated experimental artist whose great and never-completed project is a film about her own body, divided into five hundred tiny squares. “I loved the idea,” her husband recalls much later. “But a year went by and she was still on her left ankle.” Is that a joke? Purity abounds in tonally ambiguous sentences that either confound irony or double down on it. This isn’t satire, exactly; and at times Franzen’s invitation to identify with his characters and their plights places us awkwardly on the other side of the novelist’s sympathies.

In the end, he resolves his novel’s conflicts via a stark dichotomy of good versus evil, turning Andreas Wolf into a full-fledged monster of nihilism who flames out in an implosion of moral chaos. As for Pip, a coda chapter rescues her from the literal and metaphorical jungle and returns her to prelapsarian innocence back in Northern California, where she healthily reboots her life offline, featuring a dog, a renewed appreciation of the outdoors, some spirited games of tennis, and a fledgling hope for romance. Rain; birds; a cabin in the woods; reading actual books: Franzen enwraps it all in calming lyricism, granting Pip “perfect contentment” in “a kind of heaven” conspicuously emptied of all ambition. With Hemingwayesque simplicity he describes her enjoying “long rallies on an autumn evening, the exercise of skill in light still good enough to hit by, the faithful pock of a tennis ball.” The faithful pock! By such means does Pip’s maker restore her to purity, surveying her chastened routine and pronouncing that “It was enough.”

Even, perhaps, too much. Readers may be forgiven for doubting that the final, fifty pages of bliss-scented pastoral breezes can dispel the pall of ennui that hovers over the previous five hundred. Then again, a certain sentimentality has lurked beneath the novel’s disaffection all along, voiced early on by Pip in a plaintive reverie: “Oh, to have a job you liked, a mate you trusted, a child who loved you, a purpose in life.” Well, that’s what we all desire; and one’s ultimate feeling may be relief at finding oneself at least marginally better equipped for it—less miserable and insecure, more available for happiness—than the dazed specimens captured in Franzen’s glass jar.