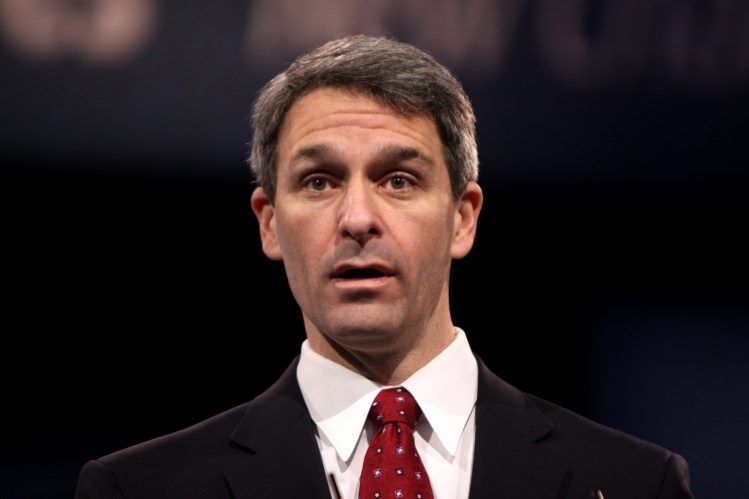 Ken Cuccinelli was not the first federal official to rewrite Emma Lazarus’s famous poem about the Statue of Liberty when he told an NPR interviewer that it should say, “Give me your tired and your poor who will stand on their own two feet and will not become a public charge.” Sixty-one years earlier, the junior senator from Massachusetts criticized restrictive immigration laws by writing that they amounted to: “Give me your tired, your poor…as long as they are from northern Europe, are not too tired or too poor or slightly ill, never stole a loaf of bread, never joined in any questionable organization, and can document their activities for the past few years.”

The arc from pro-immigrant John F. Kennedy in 1958 to Ken Cuccinelli in 2019 follows the changing attitudes among white Catholics descended from the poverty-stricken masses of yesteryear. Kennedy epitomizes those whose family history prompts a welcome; his vision helped inspire the 1965 law that reopened the golden door after decades of restriction. Cuccinelli, acting director of U.S. Citizenship and Immigration Services, is an emblem for those who draw the opposite lesson from their ancestors’ stories. Asked who will be welcome in America on his watch, he told NPR’s Rachel Martin, “All immigrants who can stand on their own two feet, be self-sufficient, pull themselves up by their bootstraps—again, as in the American tradition. My Italian-Irish heritage looks back at that. Most people in America look back at that.”

But the heroic struggle of Cuccinelli’s ancestors and millions of others to overcome discrimination doesn’t give their descendants a right to reinvent the nativist obstacles of the past. And yet Cuccinelli, a former Virginia attorney general, is building his career as a hardliner on immigration.

Ken Cuccinelli’s family saga is a story of second chances that he would not extend.
sharetweet

Shipping records available on Ancestry.com show that Cuccinelli’s great-grandfather, Domenico Cucciniello, arrived from Avellino in the Campania region of southern Italy in 1901 with just $8.75 to his name. (Thanks to Jennifer Mendelsohn of #resistancegenealogy for tracking down documentation that would otherwise have eluded me due to a digitizing error.)

Under federal law, each immigrant was asked if he or she had $30. This was an early effort to draw a financial line at the border; falling below $30 could lead to an immigrant’s detention while a board inquired into whether he was a “likely public charge.” Domenico Cucciniello was not detained, however.

As acting director of USCIS, Ken Cuccinelli has redefined existing law, effective October 15, to put much more weight on the income of a citizenship applicant. It’s not the only criterion, but he has shifted the burden from the immigrant’s sponsor to the immigrant’s own income, which is expected to be 125 percent of the federal poverty level, a figure that increases with each dependent. Since Cuccinelli’s great-grandfather was a laborer with no formal schooling and a wife and nine children to support, he would have fared poorly by today’s standards.

Working as a freight handler for the Delaware, Lackawanna & Western Railroad on the Jersey City waterfront, practically in the Statue of Liberty’s shadow, Domenico Cucciniello no doubt faced bitterness from workers of other ethnicities due to management’s use of Italian strikebreakers in 1882 and 1887. In 1901, U.S. immigration commissioner Terence Powderly, former leader of the Knights of Labor, was still stung by the failed 1882 strike. He openly preferred British, German, and Scandinavian immigrants to southern Italians, whom he believed to be unfit to be American citizens. Like Ken Cuccinelli, Powderly was constantly proposing new immigration restrictions; both labeled immigrants “invaders.”

Domenico Cucciniello eventually moved from a Jersey City apartment to a home of his own in nearby Hoboken. His son Dominic—Ken Cuccinelli’s grandfather—distinguished himself as an amateur wrestler and boxer, according to a family account Cuccinelli posted on Facebook. Dominic, who made it as far as a fifth-grade education, married Josephine Policastro, whose Italian immigrant father Thomas ran a scrap-iron business. Josephine’s mother, the former Maria Ronga, arrived at Ellis Island on November 9, 1903, at age sixteen with three younger siblings and her mother, who had just $5 (the target amount had by then risen to $50). Records show that all five were detained overnight after an inspector determined they were a “likely public charge.” But they were released at 11 a.m. the following day after Josephine’s twenty-three-year-old brother Vincenzo, who’d arrived a year earlier, sponsored them.

This is so-called “chain migration,” which Cuccinelli’s new “public charge” rule would hinder: his great-grandmother may well have been turned away if his rule had been in effect in 1903.

Ken Cuccinelli’s family saga is a story of second chances that he would not extend. The Lady in the Harbor, the “Mother of Exiles” in Lazarus’s poem, is the patroness of second chances:  “From her beacon-hand/Glows world-wide welcome.” 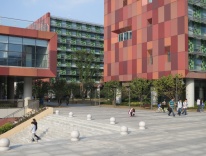 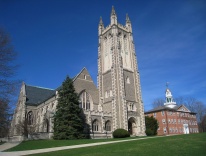