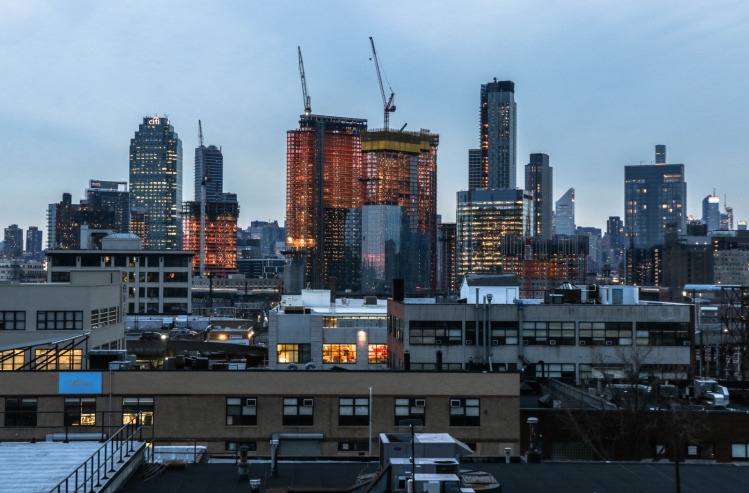 It’s common for government agencies to issue a request for proposals, or RFP, when they want to develop a plot of land. But Amazon has reversed that process, casting itself in the governing authorities’ role by issuing its own RFP—a chance for state and local governments to offer the giant retailer billions of dollars in taxpayer-funded gifts, aka “incentives.”

Officials in New York and Arlington, Va., the two locales that won the bidding to host new corporate offices for Amazon.com, Inc., presumably obeyed the RFP’s requirement to submit a proposal not only electronically but also with five hard copies. Why should Amazon have to pay the cost of making photocopies for its executives when the taxpayers will do it?

Amazon, a company too big and fat with wealth to have any just claim to feed at the public trough, has made an art form of subsidizing corporate expansion with taxpayers’ money. That was so long before the November 13 announcement that it would allow another $2 billion in other people’s money to be poured into the trough—but perhaps more than double that amount, based on a close reading of the public documents released so far.

Amazon required government officials to keep their offers confidential, squelching public debate and also enabling the company to fleece them all the more by playing communities against each other.
sharetweet

Since its founding in 1994, Amazon has adeptly used taxpayers’ money to subsidize its drive to undersell competitors and thereby monopolize retail markets. In the beginning, it won a significant advantage by refusing to collect sales tax—an edge over brick-and-mortar retailers such as your neighborhood bookstore. In the states where Amazon was eventually required to collect tax, sales dropped 9.4 percent, according to a study the Journal of Finance published in April.

Amazon fought to preserve this edge by creating the legal fiction that the company didn’t have a physical presence in most of the states where its customers lived (exploiting a misguided 1992 U.S. Supreme Court ruling). It spun off its distribution facilities to wholly owned subsidiaries and used third-party companies to handle sales. Meanwhile, state and local governments across the country struggled with the loss of billions of dollars a year in much-needed sales-tax revenue. In 2011, when California Gov. Jerry Brown was forced to make massive spending cuts—reducing spending for firefighters, public colleges, health care for the poor, state parks—Amazon spent millions of dollars on a referendum drive to undo a sales tax on internet sales. That gave the company leverage to make a deal with the state for a one-year postponement in the tax, which cost California $200 million in revenue. According to a Wall Street Journal article published at the time, Credit Suisse estimated that Amazon would lose up to $653 million in sales that year if it were forced to collect sales taxes in all states.

As Amazon built the distribution network needed to support same-day delivery, its strategy for milking the public treasury changed. “As it became less and less able to avoid collecting sales taxes—because it couldn’t avoid locating warehouses in more states—it learned that it could sometimes extract lucrative taxpayer subsidies for them,” the nonprofit organization Good Jobs First said in a 2016 report. It has tallied over $1.6 billion in taxpayer subsidies to Amazon to develop the regional distribution and data facilities its business requires.

Last year, Amazon took on the trappings of government by issuing its own RFP—with a long section on the “incentives” it was interested in—for a “second corporate headquarters,” which it pitched as “HQ2.” (It is a misnomer to refer to the proposed new facilities as “headquarters.” A “headquarters” is the command post, and Amazon’s headquarters is in Seattle.)

The company used the promise of thousands of well-paid jobs to lure public officials in 238 jurisdictions to shower it with “incentives.” I prefer the accounting term “tax expenditures,” since tax breaks for a big corporation are just as much a public expenditure as money spent on services for the poor, or public schools, or police wages.

If the tax-break experience in New York is any indication, don’t believe the job numbers until the jobs materialize. Last year, I surveyed the tax breaks New York City gave to 119 companies to retain and grow jobs and found that 40 percent of them actually had fewer jobs than when they made the deal. The larger deals were announced at news conferences every bit as celebratory as those held for the two new Amazon deals. There are no announcements when the jobs go away.

The New York Times Company, for example, has 240 fewer employees in New York City than it did when it signed a deal to maintain 3,300 workers in the city (it had threatened to move 750 employees to New Jersey), according to city records. It includes $8 million in city tax breaks, plus $80 million to subsidize the cost of buying property in Times Square for the new corporate headquarters it claimed to need in order to maintain the size of its city workforce. If this really was about maintaining 750 jobs in the city—and not about getting taxpayers to help pay for the company’s gleaming skyscraper headquarters—it cost taxpayers $172,000 to retain each of the 510 jobs that remained in New York.

Reuters (now Thomson Reuters); UBS PaineWebber; and the McGraw-Hill Companies (now S&P Global) were among others that fell short of the promised jobs. This doesn’t necessarily mean they violated their deals, however. The agreements turned out to have unannounced wiggle room for the companies.

Amazon has taken this to new lengths. It required government officials to keep their offers confidential, squelching public debate and also enabling Amazon to fleece them all the more by playing communities against each other. In New York, Gov. Andrew Cuomo and Mayor Bill de Blasio helped the company further stifle the democratic process by agreeing to circumvent the New York City land-use procedure, which requires City Council approval and extensive community input. A compliant state board will make the decision.

Such excess has made the deal a target of both the left and right. The Wall Street Journal and New York Times editorialized against it. National Review headlined: “Alexandria Ocasio-Cortez Is Right about Amazon’s Corporate Welfare.” Conservative, socialist? It’s a concern that transcends political ideology.

Bishop: Votes for Obama deepened the culture of death