A Priest Stands up to Genocide in Central African Republic 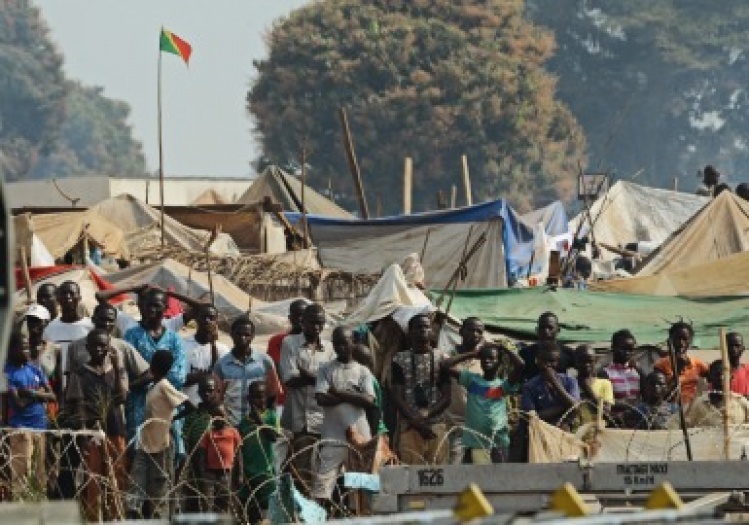 I probably just missed it, but I haven't seen any discussion in Catholic media of one of the best pieces of reporting concerning the Catholic Church that I've ever read. It's Jon Lee Anderson's article in the Oct. 20 New Yorker, "The Mission: A Last Defense against Genocide." It tells the story of one Catholic priest and his mission to create a refuge of peace in the midst of the extraordinary Christian-Muslim violence dividing the Central African Republic.

The article begins in a straightforward way: "When the killing reached Bossemptele, a small town deep in the isolated interior of the Central African Republic, Father Bernard Kinvi, who helps run the Catholic mission there, tried to save everyone he could."

In this case, "everyone" included Muslims whom Christian militias were bent on slaughtering.

Anderson sets Father Bernard's story in the context of the civil war in the Central African Republic, and manages remarkable access to the players in that brutal struggle. As he makes clear, there is blame to spread all around; both Muslim and Christian militias are responsible for unspeakable acts. For me, the highlight of his report was in this paragraph concerning the antibalaka, the Christian militia:

At Father Bernard’s mission, weeks went by with no official help, even as hundreds of Muslims clustered inside the compound for protection. “The antibalaka leaders were constantly coming to say the Muslims needed to leave,” he said. Whenever he was away, fighters appeared and threatened the refugees. Once, the antibalaka abducted three refugees. One of the nuns, Sister Josephine, told their leader that the camp was under the jurisdiction of the International Criminal Court, and that if anything happened to his prisoners he could end up in The Hague. “It was a lie,” Father Bernard said, and smiled. “But when the antibalaka leader heard that, he agreed to let them go.” The situation was similar in many places across the Central African Republic: a handful of priests and nuns in Catholic missions were all that stood between tens of thousands of trapped Muslim civilians and their would-be killers.

Ever since I wrote a book about Francis of Assisi's encounter with Egypt's Sultan Malik al-Kamil during the Crusades, I've paid close attention to efforts to achieve peace between Christians and Muslims. In recent months, that search has seemed pretty dark. But these courageous priests and sisters in the  Central African Republic are a shining light. It should be noted that Catholic institutions such as Caritas are also involved in efforts to resolve the problems in this beleaguered country. Kudos to Jon Lee Anderson for telling this story, and so effectively.