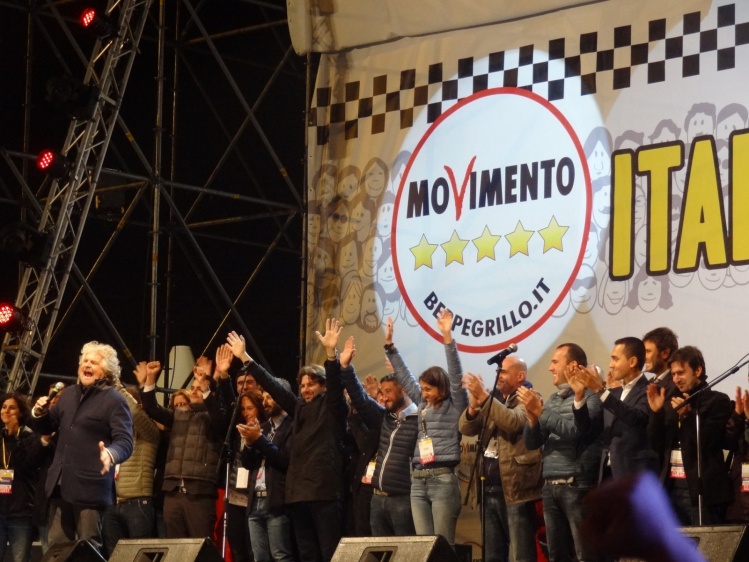 The shambles left by last weekend’s Italian election, the chaotic dysfunction of American government under President Trump, and the attack on liberal democratic institutions in Hungary, Poland, Turkey and elsewhere—all of these are being blamed on the haunting specter of “populism.“

But is populism the villain here? Do we even agree on what the word means?

This is more than an abstract debate. How we respond to what most certainly is a crisis of liberal democracy depends a great deal on how we understand the reaction that’s aggravating it.

A purely negative verdict on populism is especially prevalent among elites. But I’d argue that while authoritarian forms of populism are dangerous and must be resisted, other forms can contribute to democracy’s well-being.

Further, too much focus on populism itself risks mistaking the symptom for the cause. Angry dissidence doesn’t arise by accident. It is typically a response to genuine failures and injustices. The best way to combat the populists’ excesses is to deal with the discontents to which they give voice.

The election in Italy offers instruction both on what we need to fear and on the costs of leaving problems to fester.

On the one hand, it is worrying that the opportunistic Five Star Movement and the far-right, anti-immigrant League party (formerly the Northern League) were seen as the two main victors with 32.2 percent and 17.7 percent, respectively. Both are sympathetic to Russia, could prove disruptive to the European Union, and lack a coherent approach to the country’s finances.

But the League’s strong showing owed in part to a rebellion among conservative Italians against the re-emergence of Silvio Berlusconi, the discredited 81-year-old former prime minister, as the chief center-right figure. Exceeding expectations, the League bested Berlusconi’s party to become the principal force on the right.

And for all its opportunism, Five Star swept southern Italy by speaking to the region’s frustration with its economic marginalization over many decades, the persistence of corruption and the continuing influence of organized crime.

The incumbent center-left Democrats were routed. Although they narrowly outpolled the League with 18.9 percent, they lost a quarter of their electorate. The League, by contrast, quadrupled its share. The Democrats deserved better than they got, having run a rather effective government that restored economic growth. But their leader, former Prime Minister Matteo Renzi, squandered his popularity on a misguided constitutional referendum and split his party by pushing aside some of its traditional figures. (Memo to Democrats in the U.S.: Sectarian infighting is not conducive to a party’s health.)

The bottom line: Yes, there was a backlash against immigration, but above all, Italians were furious at politicians of the old parties and disheartened over the long-term economic decline of their country. Populism may well get Italy into a lot of trouble, but it’s not hard to see why Italians are sick of what they’ve had. Elites need to pay attention.

Populism may well get Italy into a lot of trouble, but it’s not hard to see why Italians are sick of what they’ve had.
sharetweet

The sharpest critique of populism, articulated well by Princeton University’s Jan-Werner Muller, is that in defining “the people,” populists often exclude large segments of the population. They “treat their political opponents as ‘enemies of the people’ and seek to exclude them altogether.” These dangers are captured in the titles of two important new books, one by my Brookings Institution colleague William Galston, Anti-Pluralism: The Populist Threat to Liberal Democracy; the other by Harvard scholar Yascha Mounk, The People Vs. Democracy.

The sort of populism Muller describes is indeed a threat to liberal values. For their part, Galston and Mounk in no way overlook the sources of disaffection that have led to populist advances. They take seriously the urgency of easing the social and economic crises that provoked the current upsurge.

Nonetheless, there should be no denying that other populist traditions (I’d insist that the American brand from the 1890s is one of them) maintain faith with democracy, push ruling elites to face up to injustices that undermine free institutions, and create the mass movements that social change requires.

The historian Richard Hofstadter was a critic of the populists, yet in his classic 1955 book The Age of Reform, he recognized that ruling classes can be pushed in two quite different directions. “One of the primary tests of the mood of a society at any given time,” he wrote, “is whether its comfortable people tend to identify, psychologically, with the power and achievements of the very successful or with the needs and sufferings of the underprivileged.”

Populism takes root when those in charge reject the second option.