The Pope and Mussolini

The Secret History of Pius XI and the Rise of Fascism in Europe
By James J. Sheehan
Books
War and Peace 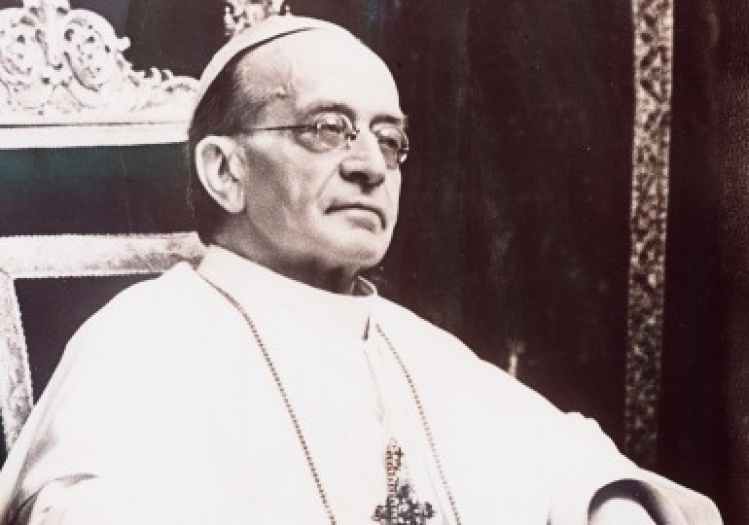 When Jesus told the Pharisees that they should “render to Caesar the things that are Caesar’s and to God the things that are God’s,” he seemed to sever the connection between political and religious authority that was a fundamental part of the ancient world. Thus began the complex history of church-state relations that the great nineteenth-century German historian Leopold von Ranke rightly called “the most deeply significant characteristic of the Christian era.” The relationship between church and state was both complex and significant because, while religion and politics were no longer fused, they were never truly separate. Jesus’ words left unresolved the key question of how to decide what belongs to God and what to Caesar. This question, posed again and again through the centuries, continues to perplex the pilgrim church as it moves through the world toward eternity.

Nowhere was the question of church and state more complex and conflict-ridden than in Italy, the institutional heartland of Western Christianity. For centuries, the pope was simultaneously the spiritual leader of the universal church and the secular ruler of a scattered collection of states that were governed, usually neither wisely nor well, by the papal court. After 1860, these papal territories were absorbed into a unified Italian nation state, whose army finally occupied Rome in 1870. Pope Pius IX responded by declaring himself a prisoner in the Vatican, excommunicating the king and his ministers, and commanding all Catholics to boycott Italian public life. From 1870 until 1929, no reigning pontiff would venture outside the confined precincts of the Vatican. Even the traditional papal blessing, once given to the city and the world from the balcony over the entrance to St. Peter’s, now took place inside the basilica. The pope’s act of self-imposed isolation had deeply unfortunate consequences both for the papacy, in which it encouraged decades of cultural agoraphobia, and for the new Italian state, whose legitimacy it significantly undermined.

Pope Benedict XV (1914–22) made some tentative efforts to renegotiate the papacy’s relationship with the state, but these were swiftly overwhelmed by the turmoil of the war and its aftermath. Benedict’s successor, who took the name Pius XI, signaled that he was ready to renew these efforts by blessing the crowd of faithful who had come to celebrate his election from St. Peter’s balcony. The pope found a new and somewhat surprising partner when Benito Mussolini became prime minister in October 1922. Once a radical opponent of both capitalism and the church, by the time he took power Mussolini had begun to transform himself—and the fascist movement—into a defender of property, public order, and established religion. The papacy and the fascist regime needed seven years to negotiate the two agreements that were finally signed in February 1929: a political treaty that recognized the pope’s sovereignty over Vatican City and a concordat that regulated the church’s position in the Italian state. Both sides benefited from these agreements. His sovereignty restricted but secure, the pope was able to end his increasingly awkward isolation; Catholic institutions were guaranteed a privileged place in Italian political and social life. In return, Mussolini’s regime acquired the church’s moral and institutional support, frequently expressed in widely publicized official visits and liturgical celebrations of il Duce’s accomplishments.

Although both sides recognized the advantages of cooperation, relations between church and state remained uneasy. Mussolini continued to feel pressure from the anticlerical elements within his own inner circle, including his formidable wife, Rachele, who never abandoned her deep disdain for the church. Pius XI, while applauding many aspects of fascism, was dismayed by Mussolini’s war in Ethiopia, his increasingly racial anti-Semitism, and, most of all, his expanding cooperation with Nazi Germany. The pope’s disenchantment with Mussolini grew in the final months of his life, leading him to instruct the American Jesuit John LaFarge to draft an encyclical denouncing racism in all its forms—this was the so-called hidden encyclical that was suppressed after Pius XI’s death in 1939 by his successor, Pius XII.

In The Pope and Mussolini, David Kertzer traces the church’s relationship to Italian fascism through a series of vivid biographical sketches. At the center of the story stands Achille Ratti, who had spent most of his career as a librarian, first in Milan and then in Rome; after serving briefly as a papal envoy to Poland in 1919 and, for a few months, as archbishop of Milan, he was elected pope on the fourteenth ballot in 1922. With strong opinions and an increasingly authoritarian manner, the pope shared the fascists’ opposition to communism even as he continued to distrust their sincerity and press for greater influence over Italian society. Mussolini, Kertzer’s other protagonist, was equally suspicious of, and impatient with, his erstwhile partner. Il Duce continually complained about the pope’s ingratitude, ignored his calls for closer regulation of Italian morals, and increasingly devoted his attention to the foreign political adventures that would eventually lead to ruin. Around Pius and Mussolini were gathered a collection of minor players, including Italy’s first ambassador to the Vatican, Cesare de Vecchi, described by Kertzer as “arrogant, petty, and thick-headed,” and Pietro Tacchi Venturi, the Italian Jesuit who served as the pope’s secret emissary to the regime and remained one of Mussolini’s principal defenders. Among the supporting cast, one shadowy figure was of particular importance: Eugenio Pacelli, who was appointed Vatican secretary of state in 1930 and then elected pope nine years later. Pacelli, in Kertzer’s account, appears in his familiar guise as conciliator-in-chief, eager to prevent, at virtually any price, the rupture with Mussolini that Pius XI seemed ready to make.

Kertzer’s emphasis on personalities allows him to fill his pages with lively, sometimes fascinating, but frequently irrelevant details about Mussolini’s energetic love life, a cardinal’s alleged homosexual proclivities, and the pope’s irascible disposition. I don’t think all this adds up to the “secret history” promised in the subtitle. In fact, there was never anything secret about the Vatican’s willingness to support Mussolini. Moreover, the relationship between the church and fascism has been explored in the recent work of scholars such as Frank J. Coppa, who has analyzed the 1929 agreements; Hubert Wolf, whose Pope and Devil provides the best analysis of Pius XII; and Emma Fantorini, whose book on Pius XI, Hitler, and Mussolini covers much of the same ground as Kertzer’s. While all of these authors are critical of the Vatican, they show a rather greater sympathy for the difficulties facing the church as it struggled to come to terms with a new set of dangerous enemies and treacherous allies.

In The Pope and Mussolini, as in his The Popes Against the Jews, Kertzer places a great deal of emphasis on the role of anti-Semitism in shaping Vatican policies. Once again, La Civiltà Cattolica, the Jesuit newspaper published with papal approval, provides the primary source for his argument, although he also cites examples of deeply rooted hostility to Jews among such important figures as Włodzimierz Ledóchowski, the Polish aristocrat who served as superior general of the Jesuits from 1915 until his death in 1942.

There is no way to view these hate-filled diatribes against Jews as anything but shameful. When they are made part of the prehistory of the Holocaust, which is how Kertzer treats them, their sinister significance is necessarily magnified. It is not certain, however, that the Jewish question was as important to most of the leading men in the Vatican as Kertzer suggests; most of them, including the pope, regarded Jews, together with Communists, Masons, and a variety of other groups, as merely one—and not necessarily the most important—element in a broad and diverse coalition of hostile forces. To raise questions about the salience of Vatican anti-Semitism is not to apologize for the church’s many sins of omission and commission. Although only a handful of leading churchmen espoused the most toxic brand of racial anti-Semitism, many others shared a traditional animosity to Judaism; too few protested attacks on Jews as vigorously and consistently as they should have.

The Pope and Mussolini deals with one of the darkest chapters in the long, frequently unhappy history of the church’s efforts to determine what belongs to God and what to Caesar. Rarely has God seemed so far away from the world as in the first half of the twentieth century, and rarely have there been so many malevolent and energetic Caesars. Particularly when seen through hindsight’s lucid lens, the church’s response to these challenges often appears tentative and self-serving, too ready to overlook the brutality of its would-be allies and insufficiently alert to the suffering of innocents. But it is always important for historians to remember that we know both more and less than the people we study: we know more because we can see, as they could not, what is going to happen; we know less because we can never fully appreciate what it was like for them to act without this knowledge.