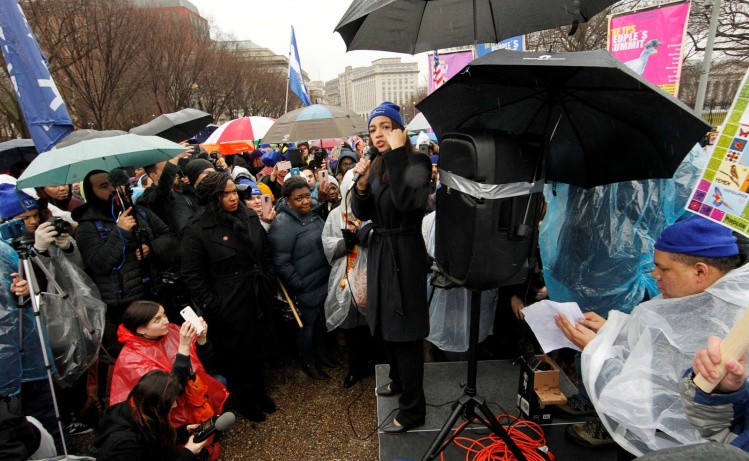 It would save pixels, ink and talking time if we all agreed on the obvious: Democrats are more divided than Republicans and will remain so for the foreseeable future. What matters is everything else you say once this reality is acknowledged.

First, the facts: Democrats are more diverse than Republicans in almost every imaginable way: racially, ethnically, religiously and ideologically.

And the Democrats’ diversity is increasing because of the flood of new supporters fleeing Donald Trump’s GOP. Many of these newcomers are not registered as Democrats, meaning that they won’t vote in most of the 2020 primaries and caucuses. But their ballots helped Democrats win control of the House.

As for the Republicans, they are, overwhelmingly, a party of whites and Christians. They tilt male, especially in their leadership: Among women in the House, 89 are Democrats; only 13 are Republicans.

The GOP is the party of older people, the Democrats are the party of the young, partly because of the racial and ethnic heterogeneity of the rising generations. In the 2018 House races, according to the exit polling, Republicans won 50% among those 45 and older, but only 36% of those under 45—and just 32% from the under-30s.

These data points explain a very large share of the standard political commentary.

Moderates aren’t sell-outs for asking what the traffic of public opinion will bear.
sharetweet

The question raised again and again about Republican politicians is: Why oh why don’t they have the courage to speak up against a president who, many times a day, violates the most basic norms of decency, values many of these same politicians lauded before Nov. 8, 2016?

The question regularly asked about Democrats is: Why do they fight each other about so much stuff, including single-payer health care, the Green New Deal, immigration, foreign policy and, rather embarrassingly last week, the shape of this year’s federal budget?

The Republican question is easier to dispose of. The GOP has been working hard for half a century to become monocultural and mono-ideological. Trump has only accelerated the process. Most are happy to be bought off with judges and tax cuts. And please, no elitist alibis that this is all about those Trumpist blue-collar folks. As The Atlantic’s Ron Brownstein pointed out, using Quinnipiac polling from last year, 76% of white Republicans without a college degree supported Trump’s wall—but so did 71% of white Republicans who did graduate from college. And remember that over 80% of Republicans are white.

There’s a better chance of a Massachusetts politician coming out as a Yankees fan than of a Republican elected official turning on Trump.

Democrats love to say that diversity is a strength. Well, sure. If their coalition is clicking, it can amass a lot of votes—9.7 million more than the Republicans in last year’s House races. And while they may disagree on tactics—impeachment now, later or never?—they’re united in wanting to contain and ultimately defeat Trump. They agree on other objectives, too, such as getting everyone health insurance, acting decisively on climate change and reducing glaring economic inequalities. But on these questions, too, there is a wide divergence about the "how."

Those differences won’t be wished away. As Gallup reported in January, 51% of Democrats see themselves as liberal, 34% call themselves moderate and 13% say they’re conservative. The liberal number is way up (from 25% in 1994), but Democrats are a lot less uniform in their orientation than are Republicans, 73% of whom identify as conservative (compared with 58% a quarter-century ago).

Oh, yes, and if the House Democratic caucus is contentious, consider that 31 of its 235 members represent districts that Trump carried, and an overlapping group of 41 hold seats that went Republican in 2016.

There’s no way this crowd can prevail unless it studies one of the most boring words in politics, forbearance—patient self-control, restraint, and tolerance.

Some forbearance mantras and exercises: Goals are the litmus tests, not the means; the left is right to be frustrated over the excessive caution of earlier Democratic administrations, but moderates aren’t sell-outs for asking what the traffic of public opinion will bear; and keep looking across the aisle and think about what those guys—they are mostly guys—will do if they hang on to power.

As for Republicans, they need to learn the opposite of forbearance when it comes to Trump. They should look at those demographic numbers. How many decades do they think it will take to dig out of the wreckage this president will leave in his wake?