Twenty-five years ago, when Dr. Binayak Sen and his wife Ilina moved to the remote Adivasi area of what is now the state of Chhattisgarh in central India, they never imagined the situation they would find themselves in today. “It was love at first sight for me,” Dr. Ilina Sen remembers. “I was attracted by the culture and the women. They are strong women there. But their way of life is being destroyed.”

So is her husband’s. For over a year, this pediatrician, who has spent his entire career serving the poorest of the poor in Chhattisgarh, has been imprisoned for alleged ties with Maoist rebels. Binayak Sen denies the charges, and human-rights activists in India and around the world support his cause. Recently, twenty-two Nobel laureates sent an open letter to the government of India demanding his immediate release. Demonstrations were held all over India on May 13, the first anniversary of his arrest. So far, however, the government isn’t budging. According to activists here in India, it’s not likely to any time soon. “The government is sending us all a message,” says Aruna Roy, a well-known activist and the winner of the Magsaysay Award (the Asian Nobel Prize). “This is what happens if you raise your voice about human rights.”

The issue of the Maoist rebels, called Naxalites in India, is complex and disturbing. Activists like Sen reject the rebels’ violent tactics, but the authorities accuse them of collusion because they sympathize with the Naxalites’ legitimate demands. “I have never condoned Maoist violence,” Sen told a reporter, yet “the grievances are real.”

Literacy in the area is at a dismal 21 percent, and of the 1,220 villages, only 26 have a primary-care health center. Most of the money that comes into the state is spent on anti-Naxal security: roads have been built to allow speedy deployment of troops to quell uprisings. And, most recently, large sums have been allocated to fund the Salwa Judum, a controversial initiative to flush out Naxalites. The group is widely promoted by the government as a militia formed spontaneously by the Adivasis-the local indigenous people-to rid the area of Naxal influence, yet human-rights activists claim the Salwa Judum is in fact sponsored and funded by the government. Its methods are alleged to involve looting, beating, rape, and burning homes. Villagers who cooperate are forced to become part of the militia. In this way, Adivasis are divided against themselves, creating “a dangerous split in the tribal community,” according to Sen.

The government and the wealthier residents of Chhattisgarh have much at stake. Though the majority of the state’s people are abysmally poor, the area itself is rich in mineral deposits and lumber, which brings wealth to a few. Mining is the largest industry, and the runoff from the mines has severely polluted the rivers. “Both Binayak and I have spoken against violence,” says Ilina, “but the crux of the matter in these areas is underdevelopment and the violence of underdevelopment. In sixty years of [Indian] independence, we have not managed to give Adivasis food or livelihood, and now their lands are being taken away.” Who are the Naxalites, she asks, but these Adivasis? “There are no outsiders-these are people fighting for their basic needs and rights.”

According to Dunu Roy, a Delhi-based activist, “Sen was arrested because of his opposition to the state violence that accompanies the kind of development that is being rammed down the throat of the Chhattisgarhis.” Roy goes further, and says that Sen’s real crime is that “he was part of the critique of the development process being followed in the region and the accompanying policies being set in motion by the state government.”

According to Dr. P. Zachariah, one of Sen’s professors at the Christian medical college, Vellore, “Binayak is a very rare doctor-a man with a deep understanding of the social and political dimensions of health. The governments of the world, the World Bank, and other organizations are now worrying about food security and alternative food policies; Binayak was decades ahead of them all. When the government makes such a man’s life impossible, what message is it sending out?”

Sen was recently given the prestigious Jonathan Mann Award by the U.S.-based Global Health Council. It will be accepted by his wife at a ceremony this month in Washington, D.C. Binayak winning the award “should be a source of national pride,” Zachariah says, “but how can we celebrate this when he is in prison for his belief that health and human rights cannot be separated? When the state makes a scapegoat of a man like Binayak Sen, it destroys all the idealism in the world.” 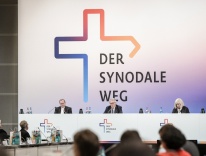