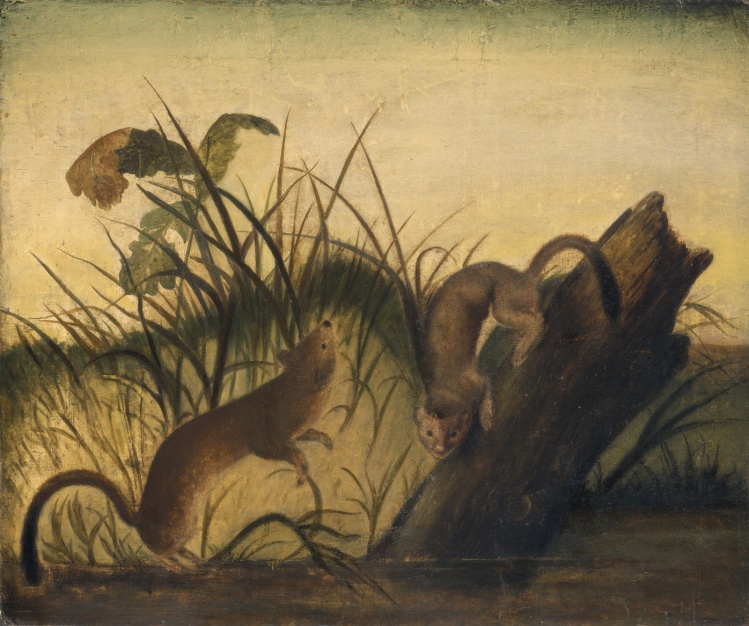 He thought little of the cattle-freight rumbling on its rails,
the paddocks of horses, the sheepfold always crammed
with living wool. Frost on the flatland coursed
beneath him, and the river faded offstage, and even
the cricket in the thorn and the tick on the rye envied,he was sure, the moonlight on his silken pelt.

He heard the bell waking the household,
and the rooster’s alarm, but he wondered
about the ordinary not at all, the hawk with her talon,
the snake with her long-arriving tongue,
all nothing compared with the single supple
arm of his talent with its legendary teeth.

When the hound loosed her ragged clamor,
and the rifle its seed, surely his hubris
was forgivable as he let his pursuit
see him in his tawny glamor, gazing back
with his inspiring profile to watch them coming on,
village and homestead, churchwarden and dandy,
all shocked at his bloody prowess but
harmless to his career in those storied days
when he seized without mercy,
killed at his leisure,
in the early hours of his glory when
he lived on what he thought he was.

Michael Cadnum has published nearly forty books. His new collection of poems, The Promised Rain, is in private circulation. He lives in Albany, California.