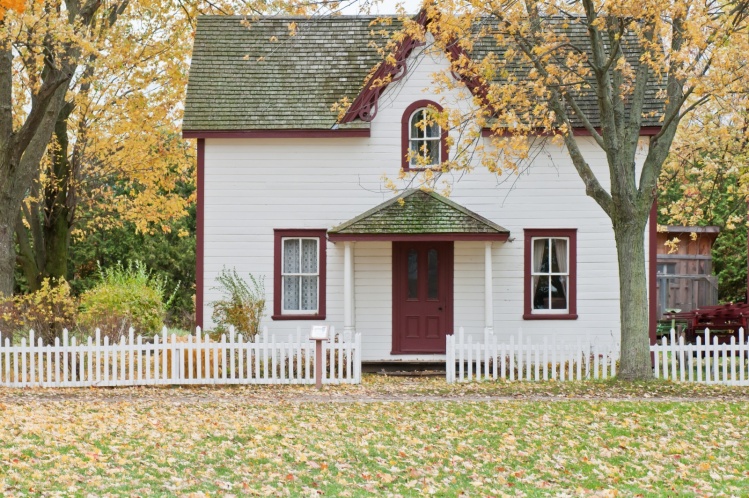 Photo by Scott Webb on Unsplash

Not nothingness but too many meanings
as of a creature under siege.
First the basement floods the first day of the year
and instead of making love we make rage.
Then the kids lava down into the living room,
the dog vomits up something from the Pleistocene,
and in the brick wind the whole house tilts and lists like . . .
like an old house.

“Any problem that can be solved with money
is not a problem,” bubbles up from somewhere,
as if that weren’t our honeymoon—eight days in a rainforest,
the howling darks and the vehement greens—floating in the murk,
as if that weren’t—in a Connecticut suburb, in winter—a snake
that just breached and vanished in the corner,
and as if this wisdom weren’t merely the echo of an uncle
whose only grace was goats, Liza and Little Bean,
Blue-Blue and Getchagone, all gone
to tuft and viscera, to an old man’s only ever tears,
at the teeth of wild dogs.

Look at them,
our girls, bent over their project now
and impervious to everything. And look at you,
bent over the sump pump’s guts
in your brand-new and barely-tethered Christmas robe,
smoothing sockets, exquisiting screws and lug nuts
like a lissome clockmaker.

I go down
into the flood again to find—among the floating bows
and ornaments, the party plates and drowned dolls—a Jesus lizard
leisurely eating thirteen three-inch caterpillars
from the side of a cocobolo tree.
Remember? Its placid appetency, its face full of hills,
the way time warped and distended like heat
as it looked right through the camera’s lens,
philosophically chomping each green glob.
“If you will accept it, if you will drink the cup to the bottom—
you will find it nourishing: but try to do anything else with it
and it scalds.” Remember? The Great Divorce.
Though our favorites were the dwarf and the tragedian,
who are one entity, actually, the latter the actor
of the former’s pain, or after-image of pain, rather,
the pleasure pain becomes when it becomes a thing to wield,
a means of extracting meaning from someone else’s heart
when your own has run dry.

“Let’s try it now,”
you say, clomping downstairs in bathrobe and rubber boots,
and it goes, of course it does, the motor and the water,
the anger and the hours, until we stand
in a dispensation we had not known we desired,
the purged clutter and the pristine concrete,
as if catastrophe were but occasion for a further order,
which can include, apparently, even a snake,
which even as we glimpse it again
grows legs, swivels its suddenly unsnakelike head
and is a newt—or an eft, rather—that trundles off
(“Scoot, newt! Scoot, newt!” the girls encourage)
behind the freezer.

“Hell is a state of mind—
ye never said a truer word. And every state of mind,
left to itself, every shutting up of the creature
within the dungeon of its own mind—is, in the end, Hell.
But Heaven is not a state of mind. Heaven is reality itself.
All that is fully real is Heavenly.”

Too tired to make love,
we make love when the girls have gone to sleep,
and go to sleep holding each other like buoys
as the waters drip and descend
from every slope and bend in the waterlogged land
of Connecticut, and the pump kicks on like a sound
so inside it’s cellular, “for all that can be shaken will be shaken
and only the unshakeable remains.”