What do billionaires like Betsy DeVos know about running schools?

Absolutely nothing, argues public education expert Diane Ravitch. Since the 1980s, wealthy privatizers have passed themselves off as education “reformers.” But the data reveal that they weaken outcomes for students and thrust public-school teachers into poverty.

Thankfully, there’s hope: in her new book, Slaying Goliath, Ravitch points to the growing resistance: parents, teachers’ unions, and progressive politicians working together to save the public sphere from the wealthy.

Plus, the editors discuss Terrence Malick’s A Hidden Life, a “simple” film that plumbs the depth of Austrian Catholic martyr Franz Jägerstätter’s decision to refuse to sign an oath of loyalty to Adolph Hitler in 1943.

For more on Terrence Malick’s A Hidden Life, check out the reviews by Rand Richards Cooper, Robert Rubsam, and Nick Scrimenti.

If you wanted to make money, and you went into teaching, well…there’s something wrong with you.—Diane Ravitch
sharetweet 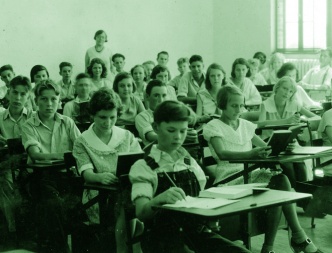