Please, Can We Govern Now? 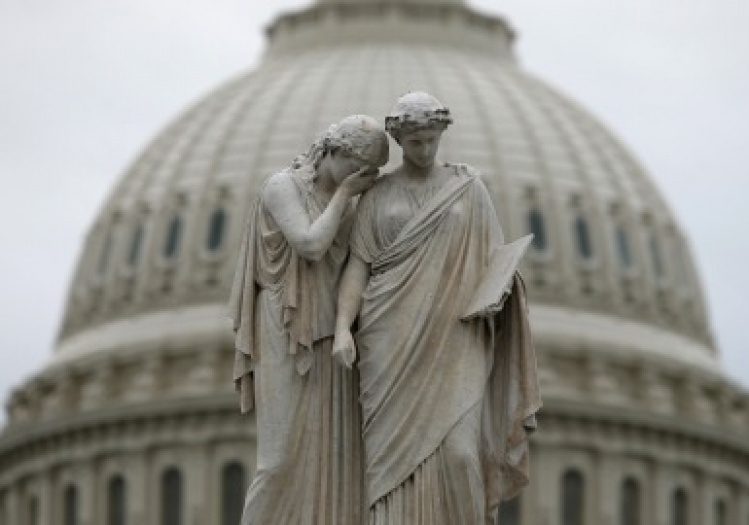 We should never govern ourselves like this again. We cannot create absolutely pointless crises that make our great democracy look foolish around the globe. We cannot give Chinese government propagandists fodder as they call for “a de-Americanized world.” We must not allow the extremist politics of a tea-party minority to turn our republic upside down.

Our nation escaped the worst. But there were consequences to the decision of a craven House Republican leadership that knew full well it was picking a fight it could not win. House Speaker John Boehner did the right thing at the very end, but only after a series of time-wasting gestures designed to coddle his party’s radical wing. These are the folks who denied the dangers of going past the debt ceiling, see the Affordable Care Act as a Stalinist adventure, compare President Obama to Al Capone, and, in many cases, still aren’t sure where our twice-elected president was born or what his religion is.

As long as Boehner permits this lunatic fringe -- there’s no other way to describe it -- to have a virtual veto power in his caucus, we will descend into chaos again and again. And as long as more middle-of-the-road conservatives hang back because they fear primary challenges, scoldings from Heritage Action, or occasional insults from the talk-show barons, the Republican Party will remain in receivership.

Those who genuinely want a more moderate approach to politics must also reflect on what just happened. Many who chase the political center no matter how far to the right conservatives might drag it were uneasy when Obama and an astonishingly unified Democratic Party insisted that there could be no negotiation over raising the debt ceiling. It was time, they said, to stand up against government by intimidation. Critiques of Obama took many forms: that he should “lead” more, that he should be more “involved,” that refusing to negotiate sounded so ill-tempered.

The irony the centrists must confront is that there is now a larger opening for moderate governance precisely because foes of the far right’s extra-constitutional abuses of the congressional process stood firm. In doing so, they brought a large majority of the American people with them. Republicans paid a very high price for a benighted strategy, which gives the most thoughtful among them at least a chance of pushing their party back to more reasonable ground.

And because the effort to hold the country hostage to right-wing demands failed, a crisis of this kind is less likely in the future. Sen. Ted Cruz and those who joined his doomed crusade against Obamacare find themselves discredited. Cruz acknowledged as much when he slipped away, announcing he would not block a deal of the very sort that, just days earlier, he was denouncing as a shameful sellout.

Obama needs to build on this victory. He must push the national and congressional agendas back toward the issues the nation cares about -- above all, shared and more rapid economic growth, and lower unemployment. This, in turn, means a real effort over the next two months of budget talks to ease deep sequester cuts that are harming the economy, in exchange for the first steps toward longer-term deficit reduction.

To keep the initiative, Obama needs to engage with Congress as he never has before. His recent efforts to build relationships with more level-headed conservatives such as Sen. Bob Corker appear to have paid off in this round, and he could use help from such Republicans again. He should extend his diplomacy to members of his own party who stood with him in this fight and who would be bolstered by expressions of presidential gratitude that they have not always encountered. His task is to build a broad front against crisis-to-crisis governance by rebuilding confidence in government itself and the role it plays in American life.

But nothing good can happen unless Republicans take on their extremists and unless everyone acknowledges that at the moment, there is no equivalent on the left side of American politics to the right-wing radicalism that has just put our country through this wasteful and dangerous exercise.

In condemning the paranoid politics of the John Birch Society in 1962, William F. Buckley Jr. asked his fellow conservatives whether they would “continue to acquiesce quietly in a rendition of the causes of the decline of the Republic and the entire Western world which is false.” This is, alas, a live question again. It must be answered forcefully and fearlessly.