The disclosure that current U.S. drone warfare operations are directed from the presidential office in the White House, with the president himself selecting persons to be assassinated by unmanned aircraft in Muslim countries where the United States is militarily engaged, has ignited protests on moral, legal, political, and strategic grounds. The protests concern the nature of these attacks, which disregard national sovereignties, the laws of war, and the principles of U.S. and international law, justified by the consideration that terrorists don’t obey the law either. The attacks must be described as assassinations because, as no state of war has been declared to exist between the United States and these persons or their states, they are unlawful killings.

As John Fabian Witt of the Yale Law School has recently written, “the categories of war and peace, which the modern world thought it had carefully separated, are collapsing into one another.” In the past, such military acts would certainly have been considered unjust by virtue of being carried out in the course of unjust—and undeclared—wars. President Barack Obama’s acts undermine the civilized order of modern society. The United States has quite deliberately made itself an outlaw state.

The explanation offered in Washington is that drone attacks are economical and expedient methods for destroying enemies in the prevailing circumstances of the current American campaign to defend against, or end, terrorism. This is a campaign of extravagant ambition and virtually no possibility of success, since the campaign itself inspires proportionate—or disproportionate—resistance and retaliation.

The drone campaign is another product of modern America’s widespread disregard of legal norms, which began under the George W. Bush administration, and includes CIA and Special Operations kidnap, torture, and assassination teams, operating in friendly, neutral, or hostile countries.

How has the United States put itself into this situation, and why does its government make no effort to end it? There is no clear answer. These measures derive from moral ruthlessness in the service of simple political and intelligence errors and prejudices, interacting with two special interests concerning the Muslim world, the main U.S. preoccupation since the end of the Cold War.

The first of these is the interest of the U.S. government, pressed by the American oil industry, to exercise enough control over the Middle East and Central Asia to prevent the nationalization of energy industries, as well the organization of resource boycotts. (British and U.S. resistance to the nationalization of the Anglo-Iranian oil company was what caused Iran’s Islamic revolution in 1979, the seizure of the American embassy, and all that has followed in the relations between the two countries.)

The second issue has been preventing an Arab challenge to Israel’s regional military domination. Although the issues behind the 1980–90 war between Iran and Iraq were local (and chiefly territorial), the United States unofficially supported Iraq. Iraq’s subsequent invasion of Kuwait was also the result of a territorial dispute, but again the United States intervened.

The Gulf War against Iraq served Israeli interests as well as enlarging American regional influence. The Russian invasion of Afghanistan was provoked by the United States (as Zbigniew Brzezinski, the person responsible, conceded in 1998) in order to give Cold War Russia “its own Vietnam.”

The 9/11 attacks were conceived and carried out by a small group of anti-Western Saudi religious extremists hostile to U.S. regional influence, and specifically outraged by the post-Gulf War stationing—over Saudi protest—of U.S. forces in proximity to the Islamic holy sites. This was part of a Pentagon project for establishing a global U.S. base system, which, as far as I am aware, was never given a congressional hearing or discussed in the press.

The 2001 invasion of Afghanistan was meant to damage Al Qaeda. The ’03 invasion of Iraq was an exploitation of the 9/11 attacks, plus “war of civilization” hysteria, for Israel’s strategic benefit. Obama’s renewed war in Afghanistan in 2008 and ’09, followed by increasing and extensive American interventions in or concerning Pakistan, Yemen, and the Gulf states, was justified by the same hysteria, which by this time had become a major factor of political paranoia in U.S. domestic politics.

Lack of success in Afghanistan (and Iraq) is producing discouragement, but the forces of Pentagon expansion are opening new theaters of American intervention. The June 8 issue of Army Times announces a new program in which Army brigades will next year be rotated throughout the world according to a “regionally aligned force concept.”  Brigades composed of three thousand soldiers will be sent to Africa, which until now has been relatively neglected by the United States, but “where terrorist groups have become an increasing threat to U.S. and regional security.” The troops will “learn regional cultures and languages and train for specific threats and missions.” In addition, Special Operations Command soldiers will be active in other African countries, “including those amid conflict.” The endless war expands. 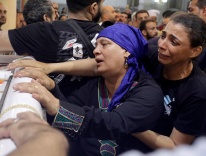