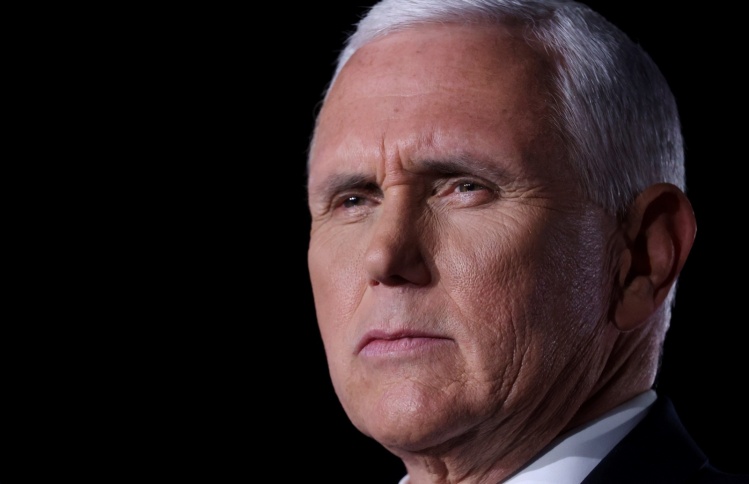 On September 24, 1789, the Conference Committee of the United States Congress, chaired by James Madison, concluded that “Congress shall make no law respecting an establishment of religion.” Just nine days later, President George Washington’s Thanksgiving Day Proclamation recommended and assigned to the people “a day of public thanksgiving and prayer…to Almighty God,” so that “the great Lord and Ruler of Nations” might “promote the knowledge and practice of true religion.”

This tension between the Constitution, which resolutely avoids entanglements with religion, and the civil religion of political speeches has been with us from the founding of the country. But are these vague, anodyne, somewhat but not specifically Christian references that we call “civil religion” appropriate for a pluralistic democracy? It’s all in the details: the choice of theological vocabulary, the occasion, the social context.

Most Americans are comfortable with—and comforted by—eloquent, understated, and timely expressions of religious sentiment on the lips of political leaders. These happen regularly in small or medium-sized gatherings: campaign stops at houses of worship, prayer breakfasts, smaller acts of Congress. And sometimes civil religion has taken center stage, usually during times of national thanksgiving, preparation for war, or consolation after a tragedy.

At its best, civil religion appeals to the better angels of our nature. It inspires hope in a universal providence that transcends us all. It foregrounds compassion and helps to forge the hard-won unum out of our factionalized pluribus.

Lincoln charted the course in his Second Inaugural Address by his humility before God’s will: “with malice toward none, with charity for all, with firmness in the right as God gives us to see the right.” Roosevelt’s D-Day prayer was as explicitly religious as any presidential speech in our history, but it suited the occasion and offered a necessary balm to existential fears. He spoke of faith, sacrifice, the struggle for liberation, and the strength “to conquer the apostles of greed and racial arrogancies.” Like Lincoln before him, he concluded with submission to God’s will.

In response to national tragedies, both Bill Clinton and George W. Bush invoked Scripture to console the American people. After the Oklahoma City bombing, Clinton drew from the Psalms to remind us of the mystery that “the God of comfort is also the God of righteousness.” In a gripping speech shortly after 9/11, Bush summoned Paul’s letter to the Romans to reassure us that no power on earth or beyond “can separate us from God’s love.”

American civil religion has been traditionally rooted in humility and submission to God’s will, the sense that God is not aligned with any party or faction in this passing world. Speechwriters alluded to texts of near universal resonance, with special fondness for themes of liberation. Both the descendants of voluntary immigrants and the descendants of former slaves could read themselves into the story of Exodus and make it their own. Our greatest civil-rights leader had himself “been to the mountaintop and seen the promised land” on April 3, 1968.

In more recent years, attempts to appeal to Evangelical and other biblically-literate voters through “dog whistles” became more common, increasing especially during the George W. Bush administration. The eloquence of speechwriter (and Wheaton College grad) Michael Gerson with biblical allusions in political speeches remains unmatched. A classic dog whistle came during the “compassionate conservative” section of Bush’s 2003 State of the Union, when he was drumming up support for a new Office of Faith-Based Initiatives. After empathizing with the socially destitute, Bush intoned, “yet there is power—wonder-working power—in the goodness and idealism and faith of the American people.” Unless you know the old Gospel hymn “Power in the Blood,” you’d have no clue that “power, power, wonder-working power” is the repeated line of that hymn. Bush had evidently been coached to emphasize the phrase, because he paused to articulate it clearly. That way, a large segment of his target audience is sure to hear the reference, and nobody else hears anything. This kind of thing is innocent enough.

By contrast, Vice President Mike Pence’s speech at the Republican National Convention transgressed the norms of civil religion. His peroration teemed with Christian biblical allusions and implied a belief in Christian nationalism. What’s worse, his scriptural references sinned against Christian theology by replacing Jesus with the American flag.

Drawing from his location at Fort McHenry, where the lyrics of the Star-Spangled Banner were penned, Pence created a pastiche of Hebrews 12:1–2 and 2 Corinthians 3:17:

In the New International Version translation, Hebrews reads: “And let us run with perseverance the race marked out for us, fixing our eyes on Jesus, the pioneer and perfecter of faith.” Other translations have “author and perfecter,” as in Pence’s speech. And the 2 Corinthians quotation is exactly the same in many versions. Since both of these texts are frequently cited, and Pence did not signal that he was quoting scripture, he thought he was sounding a dog whistle. A harmless wink to the Christian Right, the voting bloc whom he was brought on board to lure.

But nothing is subtle in the pulpit of Trump, and Pence’s attempted whistle was really a foghorn of idolatry. In this rhapsody of Christian nationalism, Jesus himself becomes Old Glory, a verbal version of one of those cross-shaped lapel pins with the stars and stripes enameled inside. The worship of the American flag then seamlessly shifts to praise of the conquering military, in contrast with the praise of suffering martyrs that had inspired the author of Hebrews. And the freedom in the Spirit of the Lord that Paul preached was precisely not one that “always wins.” Later in that same letter, the Lord reveals to Paul that “power is made perfect in weakness.” Pence’s attempt at civil religion lacked humility, unification, and consolation.

Let’s return to President Bush and his first-term speechwriters for an example of how it ought to be done. The peroration of his first inaugural captures all the best of civil religion. He returns to the founding fathers and the Exodus narrative, quoting a letter to President Jefferson: “We know the race is not to the swift nor the battle to the strong. Do you not think an angel rides in the whirlwind and directs this storm?” He brings the story of the liberating angel forward through “our nation’s grand story of courage and its simple dream of dignity,” but he does so with humility before the divine will. “We are not this story’s author.” We are not ruling in power; rather, “our duty is fulfilled in service to one another…to make our country more just and generous.”

The speech’s final line is far from a triumphalist expression, the opposite of an offensive Jesus flag that always wins. Rather, it reminds us that the work of affirming human dignity is never finished. But as a nation under divine providence, we are not alone: “an angel still rides in the whirlwind and directs this storm.” With such humility and a spirit of service—those better angels of our nature—civil religion need not lead to Christian nationalism.

Once Upon a Time