The Odds of a Kasich Miracle 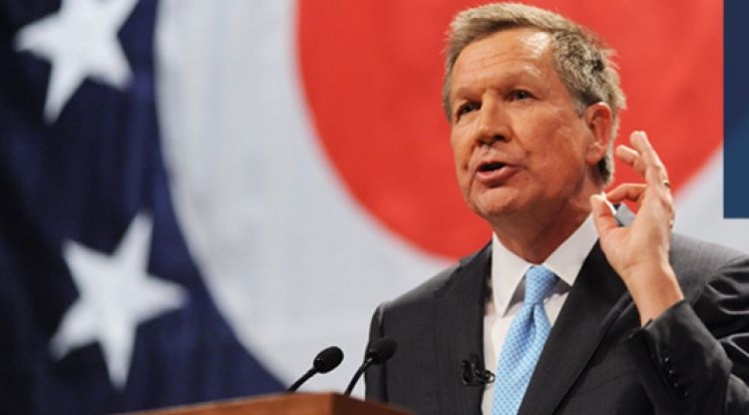 Two facts stand out about the constituency that has rallied to Donald Trump. His supporters are angry, and they come overwhelmingly from the less affluent reaches of the Republican Party. Ohio Gov. John Kasich is betting on the aspirations of these voters over their anger, and it's just possible he's onto something his opponents are missing.

For the angry vote, there is a lot of competition. The main dynamic of last Thursday's Republican debate was the clawing and jabbing between Sen. Ted Cruz and Trump. Cruz channels exasperation as well as Trump does and is the more consistent conservative.

Sen. Marco Rubio has benched his trademark optimism for now to compete directly with Cruz and Trump for the ballots of the enraged. The upside: Rubio is currently positioned as the only Republican other than Trump and Cruz who could come in at least third in Iowa on Feb. 1 and then finish at least second in New Hampshire on Feb. 9. There are a lot of furious GOP voters to go around.

But there is also a downside: Rubio's turn to a darker message risks blurring his image and may push away the more moderate sorts of New Hampshire conservatives who are not happy with their party's acrid tone.

This is where Kasich's opportunity lies. He is insisting on a sunnier approach and is appealing directly to Republican working-class voters who are economically pressed and looking for a champion. If Trump feeds off their resentments, Kasich is trying to identify with them personally and give them reason for hope.

"What people are angry about today," he went on, blending a dash of Sen. Bernie Sanders with a touch of Trump, "is they think the system is rigged more than I can remember. The rich control everything, the lobbyists control everything, you know, you're a normal Joe and you got no say. And what I tell them is all of my lifetime, I've been fighting for the Joe Camel."

The sixty-three-year-old Kasich stops himself, realizing that a reference to a figure associated with cigarette smoking is out of place in 2016. "I mean that's the wrong guy," he says with a smile, "but I've always been fighting for the people who don't have a voice."

And his connection with the working class is rather more direct than Trump's. "You know my dad was the mailman, and his father was a coal miner, and my mother's mother was dirt poor," Kasich says. "I think I've always been for the underdog."

To have any chance at the nomination, Kasich needs to run at least second in New Hampshire. To do that (assuming, for the moment, a Trump victory), he has to get by not only Rubio and Cruz, but also former Florida Gov. Jeb Bush and New Jersey Gov. Chris Christie.

Kasich has been hovering around the No. 2 spot in the New Hampshire polls. John Weaver, who helped John McCain win his 2000 landslide there over George W. Bush, is Kasich's chief strategist. He thinks his current candidate, like his earlier one, can combine enough Republicans with a big draw from independents who can pick up a GOP ballot on primary day. Weaver dismissed the media's dismissal of his candidate's solid debate performance last Thursday. "We have a conflict society," Weaver said, "so if you're not playing in those conflicts, you're penalized by the pundits—but not the voters."

If the odds against Kasich's Compassionate Conservatism 2.0 are long, he's a hopeful sort of guy. Kasich had a religious conversion after his parents were killed by a drunk driver in 1987, and while he doesn't talk much about religion when campaigning —"I'd rather have an eternal destiny than try to cheapen the brand of God"—it does come up, particularly when speaks with those once addicted to drugs.

What Kasich likes to say to them may apply to his current quest. "God's not running out of miracles," he said. "There's always one left."