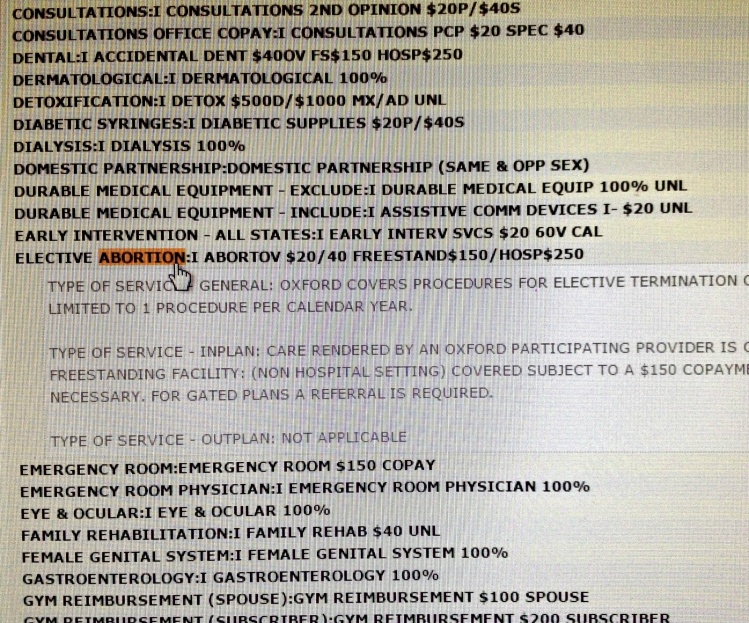 According to a new rule proposed by the Obama administration, some insurance companies that sell coverage on the health-care exchanges will have to disclose whether their plans include elective abortion—before consumers enroll. The move comes a day after two prolife groups launched a website to help consumers determine which plans available on the exchanges cover abortion. They note that in four states the exchanges offer no plans that exclude elective abortion. The proposed rule will be published in the Federal Register on Monday.

Nearly a year ago I reported that finding out whether exchange plans covered elective abortion was nearly impossible. And in some states, you can't buy a plan without such coverage. The administration indicated that it was looking into the problem, but nothing changed. This past September, a Government Accountability Office report revealed that eighteen insurers across ten states were not in compliance with the Affordable Care Act when it came to abortion coverage. It found that some insurers were failing to segregate premiums for elective-abortion coverage from all other premiums, and others were still not disclosing whether their exchange plans included such coverage, even though the law requires such informtion be available "at the time of enrollment." The GAO also found that some insurers were not filing their plans with state regulators, who are responsible for monitoring compliance with the law. Again, Obama administration officials said they were examining the issue. This new rule appears to be the administration's first step to address these longstanding problems.

The Affordable Care Act requires every state health-care exchange eventually to include at least one "multistate plan" that does not cover elective abortion. Those plans are negotiated by the Office of Personnel Management, which runs the federal employee plan, in order to stiumlate competition across the marketplace. In 2014, 60 percent of states had to offer MSPs; 70 percent in 2015; 80 percent in 2016; and 100 percent in 2017. In 2015, more than two hundred MSPs will be available—fifty more than last year. This year, the OPM began requiring insurers selling MSPs to offer not just one abortion-free plan, but one at the silver level (the cheaper tier) and one at the gold (a bit pricier). This prevents insurers from relegating abortion-free coverage to the least generous plans.

According to the proposal, which OPM is seeking comment on for the next four weeks, insurers selling MSPs must notify consumers of a plan's abortion coverage—whether it's included or not—"prior to enrollment." Additionally, the rule would allow the OPM to share plan information with state regulators, giving them the opportunity to ensure that providers are following the law. This might, for instance, make it harder for insurers to conceal their failure to segregate abortion funds, as required by the ACA. The notice of proposes rulemaking also seeks comment on how OPM "may implement and expand the MSP Program."

On background, an Obama administration official with knowledge of the rule downplayed the significance of the proposal. "This proposed rule will not substantially alter the MSP Program," according to the official. But, if adopted, the rule could go a long way toward addressing the legitimate concerns of consumers—prolife and prochoice alike—who want to know whether their health coverage includes elective abortion. The faster MSPs are rolled out to every state, the less likely it will be that people will mistakenly purchase elective abortion coverage on the exchanges—or be forced to because they have no other choice.