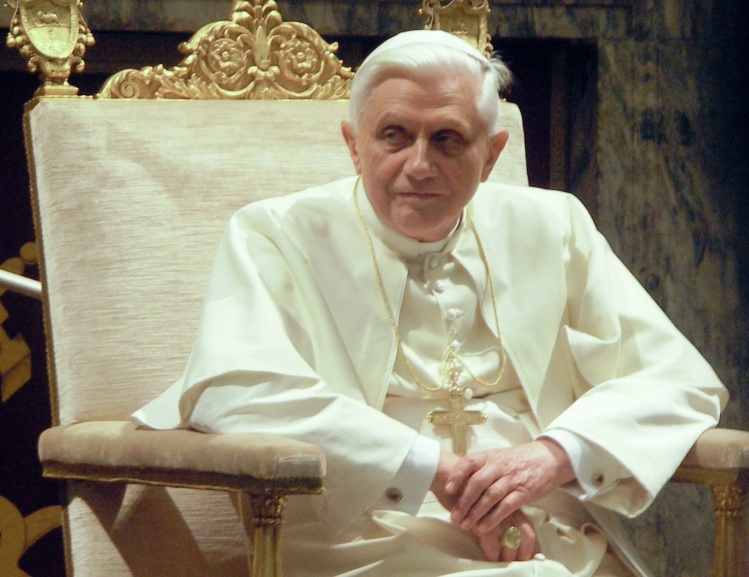 This summer witnessed the publication of Caritas in veritate, Pope Benedict XVI's long-awaited encyclical on economics. While much commentary has focused on the letter's implications for social policy, I want to emphasize the challenge it poses to the assumptions of the so-called dismal science. Against the skinflint orthodoxies of material scarcity and economic competition, Benedict hints at the conceptual foundations of a political economy of love. The finest parts of the encyclical affirm the rapturous plentitude of creation, and remind us that the human person partakes of God's largesse.

The encyclical's title, Charity in Truth, is simple but significant. Charity, Benedict argues, is inseparable from an account of the real world, without which it becomes “a pool of good sentiments”: pleasant, but shallow and stagnant. If love is a mere sentiment in a hardscrabble world of privation, then it's easily written off as a virtue of the callow, of those saintly few who have never contended with deadlines, payrolls, and cost-cutting measures. But a charity that dwells in truth forms a formidable realism. And the truth, Benedict asserts, is that love leavens the very architecture of creation; that creation is a realm of abundance, and humanity the image and likeness of a triune and infinitely loving God.

This perspective reveals “economics” as not only a dismal science but a dangerous illusion, one resting on a flawed metaphysics and a disfigured humanism. Take the dogma of “scarcity,” for instance, a bedrock axiom of conventional economics. Scarcity plays an essential disciplinary role in the moral imagination of capitalism: it compels us into labor and accumulation, no matter how pointless or destructive. In his remarks about nature, Benedict reminds us that this dogma is a calumny against creation. “Nature,” he asserts, “speaks to us of the Creator and his love for humanity.” God is a spendthrift, supremely indifferent to our fearful property lines: “Earth, water, and air [are] gifts of creation that belong to everyone.” This metaphysics of gift lies behind Benedict's endorsement of “economic activity marked by quotas of gratuitousness and communion.” No business school homilies about “scarcity” here, no Malthusian theodicy for a stingy world and its harsh divinity.

Capitalist humanism is rooted in “scarcity.” It's the laborious cant of the Work Ethic, the sado-moralism of management writers like Steven Covey and preachers like Rick Warren, aiming to school us about “effective people” and “purpose-driven lives.” Capitalism's essentially martial conception of human relations promulgates what Kelly Johnson has called “a just-war theory of economics”: every man and woman becomes a mercenary, soldiers of fortune steeled against casualties and collateral damage. In Caritas in veritate, Benedict rejects this account as a desecration of the human person, calling for “a metaphysical interpretation of the ‘humanum' in which relationality is an essential element.” Put more simply, the interpersonal love that enlivens the Trinity provides the model of human life. No Trinitarian theology speaks of competition among the Persons—does the Spirit compete with the Father and Son to “improve” the “performance” of all? If we're serious that love is the core of Christian humanism, we should follow the late Dominican Herbert McCabe who suggested replacing competition with friendship as the central image of economics. Against the respectable insanity of Effective, Purpose-Driven People, we need a humanism that embraces the wisdom of Wallace Stevens about “the pleasures of merely circulating.”

In the light of this critique, the frustrating feature of the encyclical is Benedict's own ultimate holding back. I know he's not a liberation theologian, yet his reluctance to follow his own arguments to their logical end makes for euphemism and circumlocution—as when he muses that “the market can be a negative force, not because it is so by nature, but because a certain ideology can make it so.” It's called capitalism, Your Holiness; why not say so? In a kindred fashion, Benedict alludes to “new way[s] of understanding business enterprise” that balance capital accumulation with “social responsibility.” As a historian, alas, I've seen this movie before, and I know how it ends. Formerly entitled “Service,” it's now called “Social Responsibility” (or “Soulful Corporation”), and it's the same old attempt to obscure the bottom line of profit beneath a scrim of idealism.

The most painful examples of this holding back in Caritas are Benedict's reflections on gratuity. Even when he calls for the spirit of the gift in everyday production and exchange, the pope hedges his bets. What's that again about quotas of gratuitousness and communion? That's the right hand keeping constant surveillance on what the left hand is doing. Elsewhere, Benedict asserts that “the principle of gratuitousness and the logic of gift...must find their place within normal economic activity.” Judged by the standard of Trinitarian humanism, what that implies about “normality” is hardly affirmative. Why not call on Christians to create a new economics rooted in gratuity?

The truth is that economics doesn't have to be a dismal science; and curiously enough, the Joseph Ratzinger of forty years ago appears to have understood that more keenly than the Pope Benedict of today. In Introduction to Christianity—published in the turbulent year 1968—then-Fr. Ratzinger reflected on God's “law of excess or superfluity,” which he described as “God's trademark in his creation.” God, in Ratzinger's portrayal, was neither a miser nor a manager obsessed with efficiency; rather, like an artist or lover, he created out of sheer delight, lavishing abundance without regard for repayment. And his Son was just as profligate, enjoining us to return love for hatred, blessings for curses, and prayers for indignity and mistreatment. Our charity, Ratzinger asserted, arises from confidence in plenty, a trust that God has created a world where there's always much more than enough. Knowing that he's not a “self-made” man but rather “the beneficiary of a bounty,” the true Christian lives as a “beggar,” full of gratitude for gifts he can never reciprocate but only acknowledge and share.

Today, when neoliberal economics is more tarnished and vulnerable than ever before, we need a rebuke to the gospel of Mammon that has deluded us for a generation, beguiling us to kneel before the idols of Market and Productivity. Caritas in veritate hints at such a rebuke, but unfortunately, it only hints; and its shortcomings stem from this failure of imagination. In contrast, consider this mite of wisdom from Ratzinger's 1968 writing: “Only the lover can understand the folly of a love to which prodigality is a law and excess alone is sufficient.” In such a light, the “training” offered in our business schools stands exposed as the pedagogy of meanness. So out with widgets, units, and marginal utility; in with loaves and fishes, birds and lilies, wine at wedding feasts!

It's not hyperbole to suggest that finding an economics rooted in abundance and friendship is the most urgent intellectual assignment facing Christians in the twenty-first century. Benedict XVI should recapture the magnificent folly of his own youthful views and galvanize the truths evoked in Caritas in veritate into an economics of charity. If he succeeds at that, a better society of the future may someday view him as a spiritual and intellectual progenitor.

More on Caritas in veritate: The Editors, In Defense of Politics
Daniel Finn, Economics of Charity

Eugene McCarraher is associate professor of humanities and history at Villanova University. He is completing The Enchantments of Mammon: Corporate Capitalism and the American Moral Imagination.