‘A Pilgrimage to Eternity’
By Santiago Ramos
Spirituality
Books
Philosophy 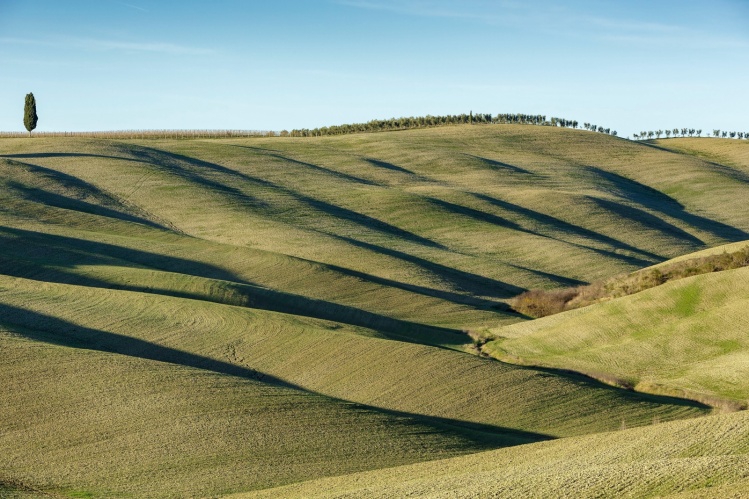 Hiking somewhere near the Italian mountain town of Aosta, about five hundred miles from Rome, Timothy Egan’s feet began to hurt. “The toes on my right foot are a throbbing mess of bubbled blisters.” He can barely move. “The best I can do is wrap them in tape and treat the skin later with antiseptic and cushions.” That won’t be much help. Fifty miles later, near Piverone, he reports: “a bloody mess of skin, gauze, blood and pus.” Further down, in Pavia, Egan’s feet are “hamburger.” While numbering the lessons he learned from completing, mostly by foot, the Via Francigena—a thousand-mile religious pilgrimage spanning four European countries—Egan writes: “I will never hike without blister medication.”

A Pilgrimage to Eternity: From Canterbury to Rome in Search of a Faith is a lofty title, and this book, a travelogue with essayistic interludes, addresses lofty themes in theology, philosophy, history, and politics. But the wince-inducing foot-related asides make the book what it is: a personal story of pilgrimage. Foot-talk is a central part of pilgrimage, and any modern pilgrim will relate to Egan’s agony. What can I do to avoid blisters? Should I buy waterproof boots? When do I switch to sandals? Waxy plaster or gauze? To pop or not to pop? Disgusting, no doubt. But the stinging pain, along with the apparent lack of medical consensus on foot care, helps the pilgrim abandon any illusions of having things all figured out and under control. A months-long pilgrimage isn’t a pleasant stroll accompanied by intellectual contemplation. It is a physical as well as a spiritual project.

The Via Francigena (“the road that comes from France”) dates at least as far back as the ninth century. It is a series of interconnecting paths, starting in Canterbury, that leads pilgrims all the way to the seat of the bishop of Rome, crossing through France and Switzerland. In his mid-sixties Timothy Egan, the author of several commercially successful books and a New York Times columnist, found himself lost in a dark wood, ruminating over various experiences of suffering, needing “a stiff shot of no-bullshit spirituality.” At the beginning of his book he considers himself “an Irish Catholic by baptism, culture, and upbringing,” one who is “lapsed but listening,” though still a “skeptic.”

In search of answers, he chooses not only to read and think but also to walk a pilgrim path that has been trodden by centuries’ worth of fellow seekers. He is also inspired by the rise of Pope Francis, which Egan considers a sign of rebirth in Christianity. He hopes to get an audience with the pope once he reaches Rome.

Most chapters in this book focus on different sites along the Via and the historical figures associated with them. Rich in detail and anecdote, many of these pieces could stand alone as magazine articles. At Canterbury Cathedral, Egan ruminates on the life of the martyr Thomas Becket and Justin Welby, the current leader of the Anglican Communion. He connects a small monastery near the French village of Wisques with thoughts about Benedict of Nursia. In Corbény, he reflects on Joan of Arc and the role of women in the church. Langres makes him think of Denis Diderot; Lausanne, of Martin Luther; Geneva, of Michael Servetus (the Unitarian beheaded by John Calvin).

Augustine’s theory doesn’t answer all questions about evil. But it isn’t stupid.
sharetweet

These historical portraits serve as a point of departure for big moral questions. Egan grapples with the Wars of Religion, the Inquisition, the Crusades, and other occasions when Christian leaders declared it to be “no longer a sin to take the life of a fellow human, so long as that human was a declared enemy of the church.” Egan is interested in church history because one of the main questions motivating his pilgrimage is whether it is reasonable to believe in the claims of the Christian faith when so many crimes have been committed by Christians. After all, “a higher percentage of Europeans died in intra-Christian wars than in the industrial carnage of the Great War.”

The sins of the Catholic Church are, in this regard, also the sins of its Protestant critics, and even of the modern trailblazers who want to completely replace the church with secular institutions. Luther translated the Bible and stood up to clerical tyranny, but also wrote malicious anti-Semitic tracts that incited violence. Calvin set up a Christian utopia that beheaded dissenters. Secular French revolutionaries sacked monasteries and killed peasants. Egan writes about all these things. Ultimately, it seems that evil itself—rather than just the evils done by Christians—poses a problem for Egan’s search for faith. It is an old problem: Why would a good God allow so much suffering in the world?

Unfortunately, Egan rejects the best resource that his own tradition has for tackling this problem. Twice he takes up the topic of Augustine of Hippo, one of the most penetrating thinkers on the problem of evil, only to dismiss him as “a very confused man” who “hated” sex. He “embraced the philosophy of dualism” and came close to calling the human body an evil thing. Augustine squares the existence of evil in history with the existence of an all-good, all-knowing, all-powerful God by placing all the blame on human agency, thus giving God “a pass.” But Augustine’s “philosophy of shit happens” does not absolve God, Egan argues, because if God is truly all-knowing, then he must see all evil deeds “unspooling in advance.”

Reading Egan on Augustine, you wouldn’t guess the extent of this “very confused” man’s influence—not only for Christian theology, but also for philosophy and literature. To cite some random, post-1900 examples: Edmund Husserl began his lectures on time and consciousness by declaring: “our modern age, so proud of its knowledge, has failed to surpass or even to match the splendid achievement of [Augustine] who grappled so earnestly with the problem of time.” Ludwig Wittgenstein opens his Philosophical Investigations with a passage from Augustine concerning language. Memoirist and biographer Francine du Plessix Gray called Augustine “the first great autobiographer.” Italian philosopher Giorgio Agamben found in Augustine useful ideas with which to critique the current political order. Augustine has his shortcomings, especially with regard to sexuality. But a thinker who has inspired such a diverse array of people should not be so lightly dismissed.

On the problem of evil, Augustine’s response begins with the notion that God is absolute Being, lacking nothing, outside of time, unchanging, and perfectly good. The universe and humans along with it are separated from God and are in time, which is another way of saying that we are subject to constant change. The human self is fragmented by time and desire, never whole and at peace, and looking for satisfaction in the wrong places: power, lust, money. “Our heart is restless until it rests in you,” Augustine writes. In our restlessness, we act rashly and harshly, vying to dominate our fellow human beings. The universe itself fragments into disorder, manifesting itself as disease and natural disasters. That’s why “shit happens.”

In his Confessions, Augustine records a consoling thought that came to him after his conversion: “I no longer wished individual things to be better, because I considered the totality.” “The totality” is history as it is seen by God from his timeless perch. It includes all the crimes that Egan contemplates in his book, but it fits them into a larger story in which the universe itself is made new at the end of time. Augustine’s theory doesn’t answer all questions about evil, and not everyone finds it consoling. But it isn’t stupid.

Egan’s epiphany comes as a result not of theological argument, nor of meeting the pope, but of a gradual accumulation of experiences.
sharetweet

Egan’s meditations on historical themes, along with engrossing descriptions of ancient vineyards, alpine trails, and local cuisine, eventually give way to more intimate reflections. Egan is suffering more than just foot pain. His sister-in-law is dying of cancer. A friend who was a victim of an abusive Catholic priest committed suicide (the same priest abused untold numbers of people). On top of these sorrows, there is the normal parental anxiety over a young adult son and daughter, both of whom join Egan at different stages of his pilgrimage, as does his wife. In view of all these personal concerns, I can understand why Egan might have grown impatient with the heady abstractions of Augustine’s theology.

Egan’s epiphany—described in a section titled “Answers”—comes as a result not of theological argument, nor of meeting the pope, but of a gradual accumulation of experiences: a mystical encounter with the incorrupt corpse of St. Lucia Filippini; moving words from a priest in Switzerland; an Etruscan sarcophagus bearing husband and wife, which gives Egan “the small proof I need, another affirmation of the joyful defiance of linear time.” This last event suggests that Egan’s desire is close to Augustine’s: our hearts are restless until they can somehow transcend linear time, in which all things pass away.

“You cross the finish line when you link your tenuous existence with the perpetual past,” Egan writes. What is this past? Many of us know it, or think we know it, “by baptism, culture, and upbringing.” Some of us don’t know it at all. Regardless, as this beautiful book makes clear, if we wish to discover it, or rediscover it, we must go on pilgrimage.

A Pilgrimage to Eternity
From Canterbury to Rome in Search of a Faith
Timothy Egan
Viking, $28, 384 pp.