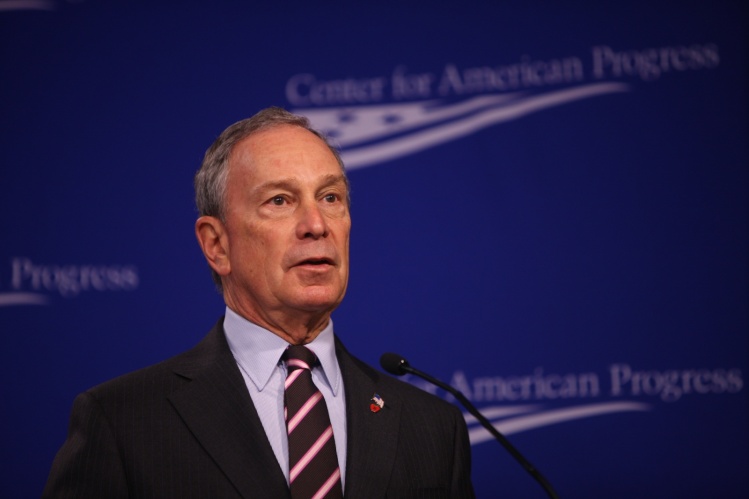 As mayor of the nation’s largest city for twelve years, Michael Bloomberg enjoyed bountiful power. New York City’s annual budget exceeded that of all but three states, and his position in the country’s media capital gave him an enviable pulpit. But his power went much further.

The multi-billionaire spent hundreds of millions of dollars from his immense personal fortune to leverage his influence as mayor. As Bloomberg now pursues the Democratic nomination for president, he faces criticism for making political donations to Republican candidates who supported his favored causes, such as gun control, and for spending so much on his three successful mayoral campaigns.

But the more serious problem with Bloomberg’s use of money in politics is the way he merged his wealth with his political agenda while in office. Bloomberg is again trying to make a virtue of his fortune, asserting that he “has always been independent from special interests—he has never accepted campaign contributions—and has worked to eliminate the corrosive power of money in politics.”

But there are two sides to the coin of campaign contributions. While Bloomberg doesn’t take, he gives—plenty, and in a way that corrodes democracy. The amounts he spent to win friends and influence people as mayor of New York are staggering. For starters, he spent more than $260 million (or $361 million adjusted for inflation) on his three mayoral campaigns. In his last race ($108 million), he outspent his Democratic opponent 18 to 1, and won by just 4.4 percentage points. In doing so he made a joke out of New York City’s model campaign-finance law, which limited participants in public funding to $6 million in spending. As he left office at the end of 2013, the New York Times calculated Bloomberg made $23 million in donations to other candidates during his twelve years in office. He donated another $263 million to New York’s influential nonprofit sector.

Bloomberg was obviously trying to buy influence with the majorities in both houses of the legislature, an elected official who dished out donations like a defense contractor.
sharetweet

Bloomberg’s hefty donations were life support for the gerrymander-protected Republican majority in the New York State Senate, which was controlled by rural and suburban legislators who found it distasteful to fund New York City’s schools, mass transit, or social services. Seven weeks before Election Day in 2012, Bloomberg wired $1 million to the State Senate Republicans’ campaign committee. It was more than six times the size of the committee’s next largest donation. On the same day, Bloomberg donated $75,000 more to the “independent Democrats” who crossed party lines to caucus with the Senate Republicans. He spent another $250,000 to support the Democrats who controlled the State Assembly, their largest donation by far.

Bloomberg was obviously trying to buy influence with the majorities in both houses of the legislature, an elected official who dished out donations like a defense contractor. His argument that he used his money in his city’s interest is objectionable even at face value: such big spending still tends to corrupt the process.

And often enough, Bloomberg’s political career was a beneficiary. Bloomberg’s donations to the State Senate Republicans helped his tenuous standing in the Republican Party, but allowed the GOP majority to block legislation that was popular in New York City. This included measures to raise the minimum wage, strengthen rent regulation and gun laws, protect immigrants, and reduce greenhouse-gas emissions. Bloomberg largely stopped giving to New York Republicans after he left office; all those bills passed in 2019 after the Democrats finally took control of the State Senate.

Bloomberg has accomplished a world of good with his philanthropy, but critics say that some of his charity was also an investment in his mayoral power. And indeed, having given $500,000 to one charity, he was able to count on its director to testify in favor of controversial legislation overturning a term-limits law that voters had twice approved in referenda, by ample majorities. That cleared the way for him to seek a third term.

There is much to recommend Bloomberg. He was savvy enough to build a media business that made him the eighth-wealthiest American, according to Forbes, with a net worth of $53.4 billion. (President Donald Trump is number 275, with $3.1 billion.) He has used his money to tackle climate change, gun violence, and the opioid epidemic. As mayor, he stewarded New York back from 9/11; rezoned much of the city; built affordable housing and pursued some innovative education and health policies. He took a serious interest in reducing poverty, and he hired top-notch people. His low-key, common-sense approach was a relief after Rudolph Giuliani’s more theatrical mayoralty.

But the drawback to his free-spending style of politics is that it deepens the fundamental problem in American democracy: the outsized weight that money has on the levers of power. He gives no sign of understanding that.