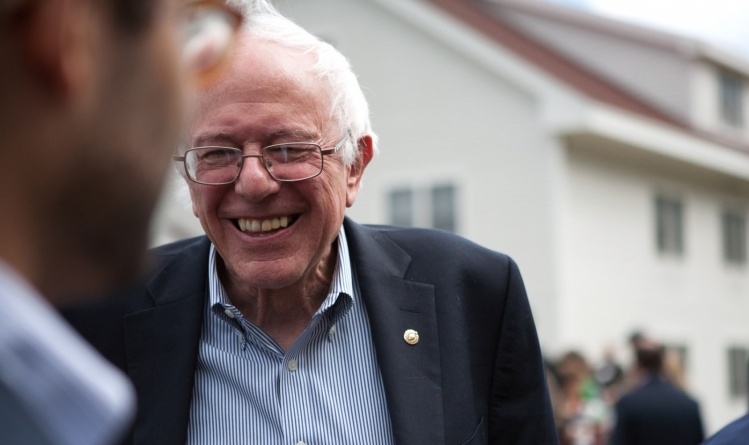 How is it that Democrats forgot about the joys Santa Claus can bring? How is it that Republicans managed to steal the Santa idea from the party of FDR and never let go?

Understanding why Bernie Sanders’s presidential candidacy is important requires revisiting the politics of St. Nick. The senator from Vermont has little chance of defeating Hillary Clinton for the Democratic presidential nomination. But he is reminding his party of something it often forgets: Government was once popular because it provided tangible benefits to large numbers of Americans.

At a time of rising inequality and short-circuited social mobility, Sanders is unapologetic about taking some wealth and income away from those who have a lot of both to ease the path upward for those who don’t. He has proudly called himself a democratic socialist, but he doesn’t spin abstract Marxist theories. He wants government to do stuff, and the sort of stuff he has in mind is potentially quite popular.

Political commentators routinely complain about politicians who are not specific enough. Sanders has more specifics than Ben and Jerry’s has ice cream flavors. He has called for $1 trillion in infrastructure investment. He wants the federal government to mandate a minimum wage of at least $15 an hour and restrict the ability of employers to declare normal employees as “managers” and thus rob them of overtime pay.

He would replace our current health care hodgepodge with a Medicare-for-all single payer system. He thinks the government should provide free college education for all comers, arguing that the Scandinavian nations and Germany are “smart enough to understand that the future of their countries depends on the education their young people get.”

And far from cutting Social Security, he wants to expand benefits. Why? Because the decline in employer-guaranteed pensions is leaving many of today’s retirees (and will likely leave most of tomorrow’s) without the retirement security that was once far more common. He is also big on pre-kindergarten and paid leave.

He’d pay for his new spending with substantial tax increases on the best-off.

Already, his program has come under criticism from those who say its costs are too high, that the government already spends too much on senior citizens, and that providing universal benefits such as free college would assist not just the less affluent but also those who may not need much help.

Of course, there are legitimate questions about his largesse. But consider what a victory it would be for those who are weary of responding defensively to the phrase “tax and spend” if the sack of proposals Sanders carries over his shoulder began to reframe the popular debate. Suddenly, the country would be asking of this or that idea: “Why not?” Nothing could be better for politics than expanding our imaginations about what we might usefully do together to solve some big problems.

And far from hurting a likely Clinton general-election campaign, Sanders will help her by shifting the boundaries of a public conversation dominated by a crabbed and pessimistic attitude toward what government can do.

Which brings us back to Santa Claus. In the 1970s, champions of supply-side economics and its steep tax cuts -- thinkers and publicists such as Irving Kristol, Jude Wanniski, and Arthur Laffer -- argued that Republicans had become dour advocates of “root canal” economics who offered nothing to bring voters good cheer. Tax cuts could be for the GOP what programs were for Democrats, and Republicans have never stopped proposing new tax cuts.

Sure, there is a problem when it comes to deficits if one party continually spends and the other constantly cuts taxes. The supply-siders never worried about deficits very much. Sanders, at least, would answer the budget concern with new revenue.

What’s valuable for progressives in the Two Santa Claus Theory is that it reminds voters that the point of tax increases is not to drag down the rich but to finance initiatives on behalf of citizens who can use some help in lifting themselves up. It also fights against a gloomy resignation that things can’t get better. Sanders, who sometimes enjoys putting on a grumpy face, is a right jolly old elf.