The New Politics of Nostalgia

A specter is haunting the affluent societies of the West. Across the rich countries, and across the political spectrum, there is an unstated but palpable longing for a return to the 1950s.

This '50s nostalgia takes different forms on the left and on the right. For progressives, the backward-looking wish is for the shared and growing prosperity when unions thrived and could enforce a relatively egalitarian social contract. Democrats in the United States and Social and Christian Democrats in Europe created systems of social insurance -- they were more robust in Western Europe -- that were largely endorsed by political conservatives.

On the right, '50s nostalgia takes the form of a quest for order, social homogeneity, religious faith -- or, at the least, public respect for traditional values -- and strong families, sometimes defined as a return to old gender roles and a less adventurous approach to sexuality.

Neither side fully acknowledges its own nostalgia, partly because everyone wants their 1950s a la carte. The left, for example, will not brook any retreat from gender, racial or ethnic equality, any abridgement of sexual freedom or civil rights, any re-imposition of cultural conformity. The right wants no revival of inhibitions on the rambunctiousness of liberated economies and hails the decline of unions and their capacity to get in the way of labor-market dynamism.

And nostalgia for the 1950s can also split the left and the right, or create a kind of political schizophrenia. Globalization, for example, is often applauded by the left for obliterating nationalism and giving rise to an expansive and less parochial consciousness. Yet the left can also disdain the power that globalization confers on multinational corporations and the way it undercuts the bargaining clout of workers who must now compete with each other across national boundaries.

The right, particularly the more economically libertarian in its ranks, likes the way globalization diminishes the ability of national governments to enforce rules, taxes and bureaucratic inhibitions on the market. Yet many traditional conservatives dislike the free flows of immigration that globalization has let loose. They long for a firmer sense of national identity, and the kind of solidarity more homogenous societies can foster.

Worries about immigration run deep in parts of the Republican Party and pushed Mitt Romney to positions that have left him with an anemic share of the Latino vote. In the Netherlands, where politics has tended toward the pragmatic, the moderate and the practical, worries about Islamic immigration roiled the system and gave rise to the Party for Freedom, the PVV, headed by the 49-year-old Geert Wilders. Pragmatism made a comeback Wednesday as the PVV was projected to lose about half of its seats in Dutch elections.

In one sense, all of the nostalgia can be boiled down to a simple proposition: In the 1950s, most Americans and most Western Europeans had confidence that their children would do better than they had done, that they would grow up to prosper in a stable society with a growing economy. The collapse of this certainty is the prime cause of discontent, left, right and center.

In the end, of course, nostalgia is a dangerous form of politics and a kind of lie. The fact that left and right alike are ambivalent about the 1950s, albeit in different ways, suggests that bringing them back whole is not in the cards.

And it's not possible, which is why nostalgia is always a poor guide to the future. The effects of globalization can be mitigated, but the economic developments of the last three decades cannot be repealed by fiat. The vast changes in communications technology that simultaneously bind people together and make it easier for them to retreat into their own social and political circles will not be rolled back. I see no mass movement that will get people in large numbers to toss their iPhones into the rubbish.

But understanding politics now requires an appreciation for the nostalgic roots of our current struggles. It's not hard to understand the yearning of many of Romney's supporters for past cultural certainties. Obama's coalition is, in cultural terms, the coalition of the future -- younger, and both ethnically and racially diverse. Yet Obama's core pledge is to a new social compact that provides many of the guarantees of the old one.

Thus the choice in 2012 may be, more than we realize, about which parts of the 1950s we yearn for most, and whether there is any way to bring back the best aspects of an old era while leaving the rest of it behind. 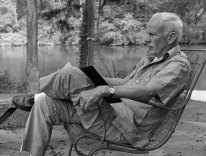 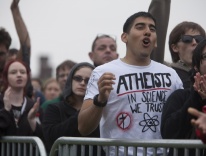 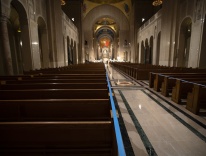